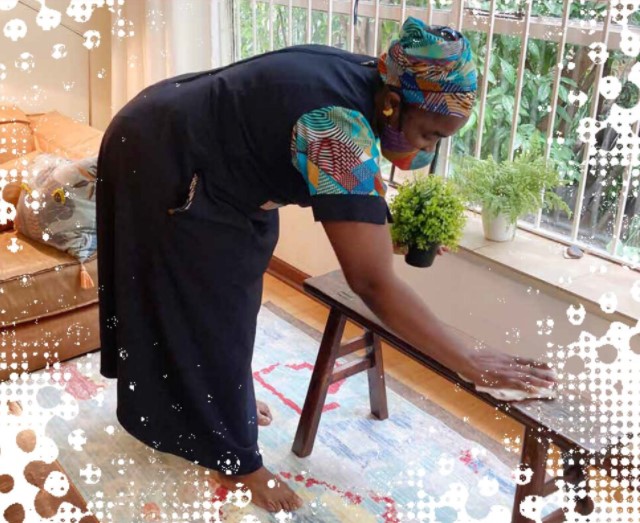 “The dignity of people’s very being is at stake,” said IZWI Domestic Worker Alliance’s founder and lead researcher Amy Tekie in opening remarks at a recent webinar focused on a new qualitative survey of human rights violations against live-in domestic workers in South Africa.

“The Persistence of Private Power: Sacrificing Rights for Wages“—co-published by Johannesburg-based IZWI Domestic Workers Alliance and the Solidarity Center—surveys the constitutional and human rights of live-in domestic workers in South Africa. It describes how domestic workers’ rights to privacy, freedom of movement and children’s right to parental care are frequently sacrificed for wages in a sector underpinned by racism, sexism and classism. Resulting exploitation—largely invisible because of the private spaces in which it occurs—continues regardless of constitutional protections and industry-specific labor regulations. 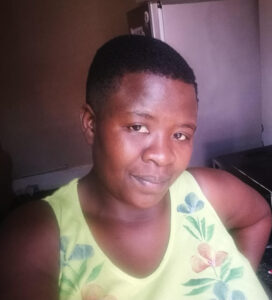 We are expected to be indoors even when it is our off day,” said the survey’s lead field researcher Theresa Nyoni. Credit: IZWI

“We are not allowed to be seen around,” said the survey’s lead field interviewer, Theresa Nyoni, of a sectional title housing complex in which she was formerly employed as a domestic worker.

Nyoni described almost universally denied opportunities for live-in domestic workers in sectional title housing to enjoy open spaces on, or near, the employers’ property and lack of freedom to move around or receive visitors in their own quarters—even during off hours. And, for most live-in domestic workers, she noted invasive employer surveillance and almost total lack of privacy.

“We are sleeping with kids and not allowed to lock the door; parents barge into the room and even the bathroom,” she said.

Employers isolate domestic workers by routinely denying them visits from friends, spouses and children, and some domestic workers say they are not allowed to leave their employer’s home for any reason. Nyoni described her former employer’s refusal to allow her to leave the work premises, on her own time, to purchase and arrange for transportation of bulk food items to her own children during the pandemic.

“When I held a plate of food to eat, I was thinking: Did my children get food today?”

Survey interviewees outlined living conditions that Tekie described as “almost kidnapping [in its] constant and complete employer surveillance and control.” Besides being isolated from loved ones, many live-in domestic workers said they were denied employer permission to keep their infants with them, receive packages or use their employer’s kitchen to preserve and prepare their own food, and those employed in sectional title housing complexes reported repeated employer and security guard searches. Some live-in domestic workers said they have chosen abortions for fear of losing their jobs.

IZWI interviewed 115 mostly migrant live-in domestic workers for the survey, most of whom were working in or near Johannesburg—where working conditions are anecdotally better than those than in rural areas, said Tekie. Approximately half of South Africa’s more than 800,00 domestic workers live in by IZWI’s estimate, although definitive data does not yet exist, she said. 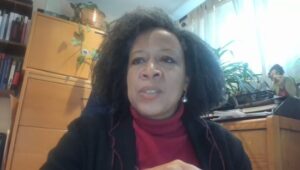 McGill University Faculty of Law Professor of Transnational Labor and Development Adelle Blackett underscored the significance of the report being centered on the lived experience of domestic workers and the persistence of private power in their lives, even post-Apartheid.

“[This report] is only the tip of the iceberg,” said former South African Labor Court judge Urmilla Bhoola.

“When domestic workers live in, they forfeit their rights,” she said. And so, civil society legal activism is essential, including that spearheaded by trade unions, she added.

Report recommendations include extension to domestic workers of many of the rights contained in South Africa’s farmworker Extension of Tenure Security Act (ESTA) but absent from Sectoral Determination 7 governing domestic work. ESTA guarantees to farmworkers residing on employers’ land “the right to human dignity”—including privacy, having family life, the freedoms of association, movement and religion, and to have visitors and receive postal communication.” Alternatively, concludes the report, legislation specific to the domestic work sector should be created that includes: