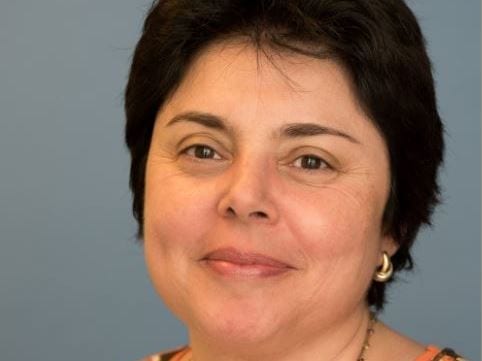 The Solidarity Center is deeply saddened by the death of our colleague and friend, Lyuba Frenkel, senior program officer for Europe and Central Asia, who succumbed July 30 after a brave battle with brain cancer.

Over Lyuba’s 26-year career with the Solidarity Center, she was instrumental in designing, supporting and monitoring projects that bolstered freedom of association throughout Eastern Europe, and for several years also in Southeast Asia. She built close cooperation with local partners, with a focus on collective bargaining, grievance representation, labor laws, trade union organizing, dispute resolution, migration and worker rights. Throughout her successful career, Lyuba never missed an opportunity to convince workers their lives can be better when they join in a union to fight for their interests together.

“A quiet person with a passion for the work, Lyuba helped thousands of workers understand and exercise their rights,” said Rudy Porter, Solidarity Center regional program director, Europe and Central Asia. “She will be deeply missed, both within the Solidarity Center and among the dozens of partner organizations around the globe with which she had such close ties.”

Lyuba was a tireless defender of those who suffered persecution because of their participation in independent unions, and almost daily sought new ways to push their cases to the forefront of public attention. And as a longtime advocate for women’s leadership to drive economic justice and social protection for all, Lyuba was an important catalyst for the Solidarity Center’s gender work today. She was especially involved in building union campaigns in Eastern Europe to end gender-based violence in the workplace.

“In her 26 years with the Solidarity Center, Lyuba stood firmly by people engaged in some of the world’s most consequential struggles for worker rights and human dignity. She did so with integrity and generosity, born of her deep commitment to justice. Lyuba was respected, liked and admired by everyone she worked with, and we will miss her,” said Shawna Bader-Blau, Solidarity Center executive director.

Lyuba is survived by her mother and daughter.