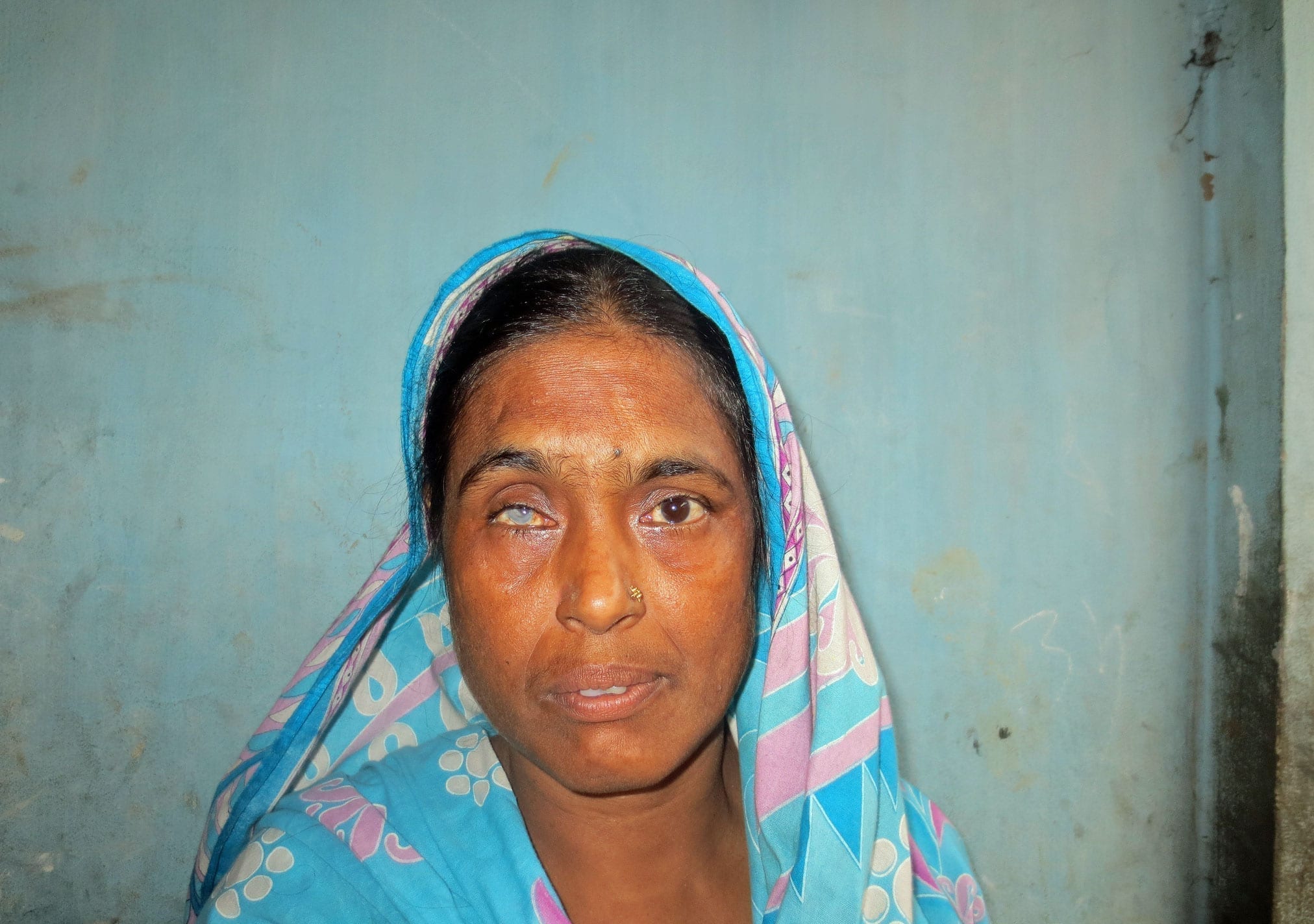 “Now my life seems worthless,” Shahanaz Begum said, crying. “I cannot see through my right eye. I have problems in my spinal cord and can’t even walk properly. I cannot sit because my left leg was broken (and did not heal well), my right leg is filled with blood clots and I cannot lift heavy weight.”

Shahanaz sustained all these injuries while fleeing the burning building where she worked, the Tazreen Fashions garment factory. The only way she could escape with her life was to jump through a window: The building had no fire escapes and the stairs led to the burning storage room on the first floor. And the only reason she is alive today is because she defied the factory manager who told her she could not leave.

A year ago this weekend, 112 garment workers died in a fire that burned Tazreen Fashions, located in the outskirts of Bangladesh’s capital, Dhaka. Women and men working overtime on the production lines were trapped when fire broke out in the first-floor warehouse. Workers scrambled toward the roof, jumped from upper floors or were trampled by their panic-stricken co-workers. Some could not run fast enough and were lost to the flames and smoke.

Shahanaz’s daughter, Tahera, also worked at Tazreen. Since the tragedy, Tahera’s mental state is fragile. Shahanaz’s husband married a second wife after Shahanaz lost her right eye in the disaster and, now with two families, he only occasionally provides Shahanaz with financial support. With her injuries, Shahanaz says, “I am not able to work and I don’t think that I will be able to work anymore.”

As a result, she has stopped taking her medicine because she cannot afford it. She can no longer support her mother, as she did before. And she is unable to pay her rent. She spent the compensation she received after the disastrous fire (from the Bangladesh Garment Manufacturers Employers Association and two private organizations) on the extensive treatment she required in four separate hospitals.

For the survivors of the Tazreen fire and their families, Shahanaz’s untenable situation is far from unique. Shahanaz and many other workers who survived the events of that awful evening now face very uncertain futures, abandoned by the factory owner, the brands and the government and left with few resources to deal with the financial and emotional disaster they continue to experience.