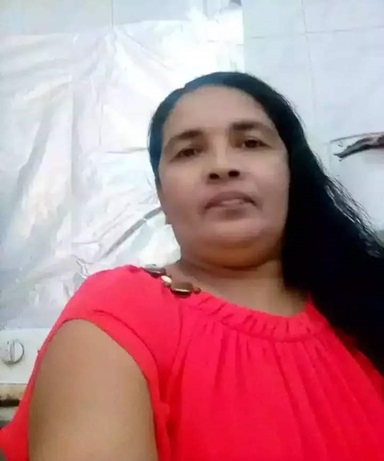 "I am deeply saddened…I stayed away from my children to provide a better life for them, but now I have lost my time with my children as well as the earnings," says Sri Lankan wage theft victim Ms. R. Ramyalatha, whose former employer owes her six months of wages for work she completed before fleeing her domestic worker job in the United Arab Emirates during the pandemic. A coalition-based regional campaign, “Justice for Wage Theft,” has documented and is pursuing compensation for thousands of such cases in Southeast Asia. Credit: Darani Swashakthi Pada

On this year’s July 30 World Day Against Trafficking in Persons, a coalition of rights organizations including the Solidarity Center are highlighting widespread wage theft perpetrated against Southeast Asia’s migrant workers. Although this form of labor exploitation has been thrown into stark relief during the COVID-19 pandemic, it is a long-standing problem in the region.

“Wage theft is a crime against humanity. If the global pandemic can be overcome, why not wage theft?” says Plantation Rural Education and Development Organization (PREDO) Sri Lanka Executive Director Michael Joachim.

The Justice for Wage Theft campaign is demanding governments address wage theft perpetrated against millions of migrant workers in the wake of the pandemic—including those who voluntarily returned home or were forcibly repatriated, often after employers unilaterally severed their contracts and stopped paying them their earned wages. Many such returnees now find themselves trapped in debt bondage to labor recruiters to whom they owe money on interrupted contracts and, sometimes, for emergency air fare, putting them at risk of labor exploitation. Debt bondage is one of the most prevalent forms of forced labor worldwide.

“The campaign is asking that indebted returnees be protected from exploitation and that migrant workers who returned home in fear for their lives receive their earned wages for work they completed,” says regional migrant rights expert and Solidarity Center Senior Program Officer Miyuru Guansinghe.

In two reports covering the period December 2019 through June 2021, the campaign documented more than 1,800 wage theft cases perpetrated against people migrating from Bangladesh, India, Indonesia, Nepal, Pakistan and the Philippines to work in agricultural, domestic, construction and other sectors in Bahrain, China, Kuwait, Lebanon, Malaysia, Maldives, Oman, Philippines, Qatar, Saudi Arabia, Sri Lanka and the United Arab Emirates. Volumes 1 and 2 of “Crying Out for Justice: Wage Theft against Migrant Workers” include hundreds of cases identified by the Solidarity Center during direct interviews with affected workers in five Sri Lankan districts.

Wage theft is an indicator of forced labor under International Labor Organization (ILO) standards, says MFA. Under ILO standards, states must develop wage-theft-eradication measures and effective justice mechanisms. Workers are also entitled to effective remedies—including prosecution of employers under criminal law, and payment of earned wages and other compensation, and governments must ensure workers’ wages are paid regularly and a final settlement of all wages is effected upon termination of an employment contract.

Forced labor is the most common result of human trafficking, with an estimated 25 million people trapped in often slave-like conditions. A United Nations report last year found that the percentage of trafficking victims exploited for forced labor is increasing over time and that surveyed countries reported a threefold increase in the number of trafficking victims from 2003 through 2018. Forced labor generates up to $150 billion a year in illegal profits for traffickers—including $51.2 billion made illegally from forced labor exploitation in domestic work, agriculture, forestry, fishing, construction, manufacturing, mining, utilities and other industries, says the International Labor Organization (ILO).

“Human trafficking is a violation that should have no place in civilized society, ” says Saviya Development Foundation Training and Program Director Thushara Senanayaka.

The Justice for Wage Theft campaign is an offshoot of MFA’s regional network of nongovernmental organizations, associations and trade unions of migrant workers, and individual advocates in Asia who are working to protect migrant worker rights and welfare. Such initiatives include efforts in coalition across the globe to improve COVID-19 vaccination access for migrant workers and their family members.

You can support the Justice for Wage Theft campaign by completing its online petition, “Say Yes to Justice!”