Report: Call to Action for Rights of People on the Move 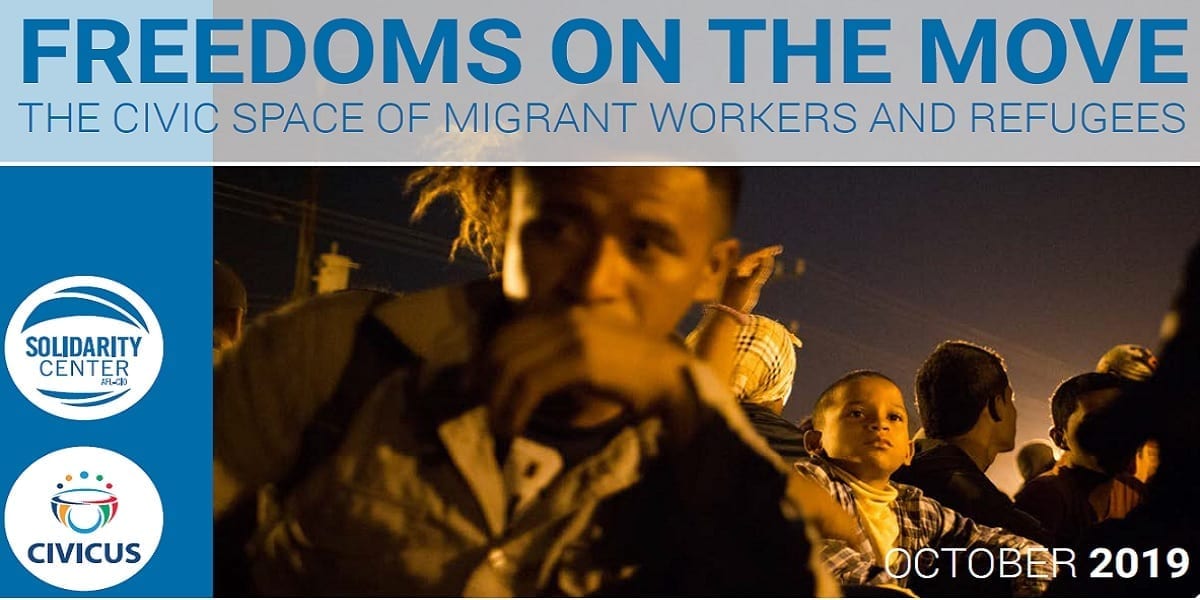 The freedom to speak, join unions and take part in community life are basic human rights that apply to all people—including migrant workers and refugees, panelists at a United Nations side event said this afternoon in New York City.

“Migrant workers and refugees don’t usually have access to justice, and so the lack of enjoyment of these rights has more of a negative impact on them than on the general population,” said Felipe Gonzalez Morales, United Nations Special Rapporteur on the Human Rights of Migrants.

Gonzalez and other panelists took part in the event to launch a new report, Freedoms on the Move: The Civic Space of Migrant Workers and Refugees, by the Solidarity Center and CIVICUS. The report’s findings make clear that many migrant workers and refugees want to access their civic freedoms and do not want to remain on the margins. They want to have a say in their communities and their workplaces, and in the decisions that affect their lives.

(The report also is available in Spanish and French).

Through in depth surveys, Freedoms on the Move highlights the experiences of 1,000 migrant workers and refugees in Germany, Kenya, Jordan, Malaysia and Mexico who discuss the barriers to freedom of association, assembly and expression, and the factors enabling them to exercise those rights.

“Legislation in countries deny migrant workers the right to have access to freedom of association,” said Griet Cattaert, policy officer at the International Labor Organization. And because migrant workers often work in the informal economy, sometimes in “hidden work” like domestic workers in private homes, “it is much more difficult to organize themselves in unions,” she said.

Freedoms on the Move: An Urgent Call to Action 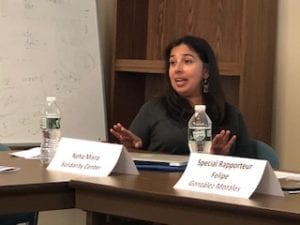 “Migrant worker rights are not just good for them but their communities.”—Neha Misra Credit: Solidarity Center/Tula Connell

The global assaults on democracy and fundamental rights is an urgent call to action for unions and other civil society groups to include migrant workers and refugees in advancing these rights, panelists said.

In the report, CIVICUS and the Solidarity Center urge all states to create and maintain, in law and in practice, an enabling environment for the rights of migrant workers and refugees, in accordance with international laws and standards.

“Democratic society cannot thrive when entire populations of people excluded,” said Neha Misra, Solidarity Center senior specialist for migration and trafficking. “Migrant workers we talked to rightfully insisted their destination countries have much to gain from their presence. Migrant worker rights are not just good for them but their communities.”

“Freedom of association and expression are important for migrant workers because they are human rights,” said Crispin Hernandez, a migrant agricultural worker who helped his co-workers organize with the Workers’ Center of Central New York.

More than 258 million migrants, 164 million of whom are migrant workers, live outside their origin countries as global inequality and the search for decent work push workers to migrate far from their homes, and as war and economic crises force millions across borders.

Monami Maulik, international coordinator at the Global Coalition on Migration, discussed how the report builds on the recently negotiated Global Compact on Safe, Orderly and Regular Migration, the first-ever UN global agreement on a common approach to international migration in all its dimensions.

“Fundamental to success of the Global Compact on Migration is the participation and engagement of migrant workers with unions and civil society, and so the success of implementing rights’ protections for migrant workers means we first must look at what’s happening to their freedom to organize,” she said.

Freedoms on the Move finds that “migrant workers and refugees must have the opportunity to come together, advocate for their well being without fear of reprisal and hold states accountable for delivering on their obligations under international laws,” Misra said. 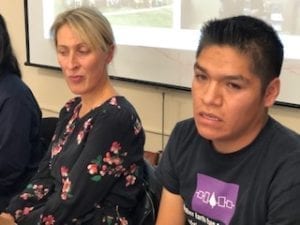 The report found that harassment or pressure from employers is the main obstacle for migrant workers seeking to form unions or otherwise exercise their freedom of association: 78 percent of respondents in Jordan, 66 percent in Kenya, 74 percent in Malaysia and 33 percent in Mexico.

More key findings from the report include: