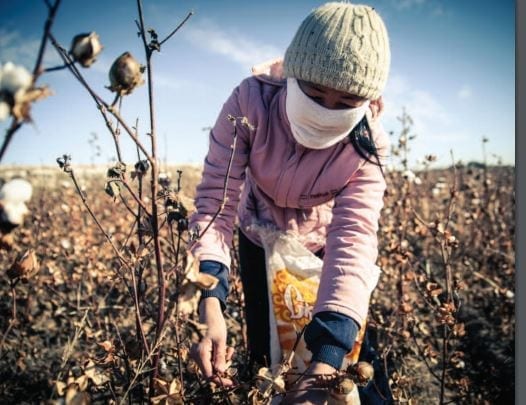 The World Bank is funding half a billion dollars in agricultural projects linked to forced and child labor in Uzbekistan, said Human Rights Watch (HRW) and the Uzbek-German Forum for Human Rights (UGF) in a report released today.

Even though the Uzbek government promised the Bank that it would not use forced or child labor linked to the projects or within project areas, and the Bank promised to independently monitor for abuses and create a way for victims to seek redress, in 2015 and 2016 forced labor continued. Under the loan agreements, the Uzbek government is required to comply with laws prohibiting forced and child labor, and the World Bank can suspend the loans if there is credible evidence of violations.

“The World Bank is giving Uzbekistan cover for an abusive labor system in its cotton industry,” said Umida Niyazova, director of the Uzbek-German Forum for Human Rights.

“‘We Can’t Refuse to Pick Cotton’: Forced and Child Labor Linked to World Bank Group Investments in Uzbekistan” details how the Uzbek government forced students, teachers, medical workers, other government employees, private-sector employees, and sometimes children to harvest cotton in 2015 and 2016, as well as to weed the fields and plant cotton in the spring of 2016. An estimated 1 million doctors, teachers, nurses and others are forced by the state to harvest cotton each year in the fall.

The report—based on hundreds of interviews and conversations with victims of forced and child labor, farmers, and key actors in the forced labor system, leaked government documents, and statements by government officials—shows that citizens continued to work in the cotton fields because of government threats of violence, firing, stopping welfare payments and the suspension or expulsion of students.

District Mayor Uktam Kurbanov reportedly said to one picker at a cotton meeting in Khazarasp, Khorezm region on September 29, 2015: “What’s this? You delivered only 1,286 kilograms? Why is that? I’ll tear your head off!”

Said a school director in the Fergana region on September 29, 2016: “I won’t call the complaint line number we were given. There is no use… All these calls [to the hotlines] will result in simple teachers and medical workers losing their jobs.”

Uzbekistan is the fifth largest cotton producer in the world. The country’s cotton industry generates more than $1 billion in annual revenue, or about a quarter of the country’s gross domestic product (GDP).

The UGF and HRW are members of the Cotton Campaign, as is the Solidarity Center. The campaign works to end the injustice of forced labor in cotton harvesting in Uzbekistan and Turkmenistan.