Raoshonara, Tazreen Survivor: No Other Option but Begging to Survive 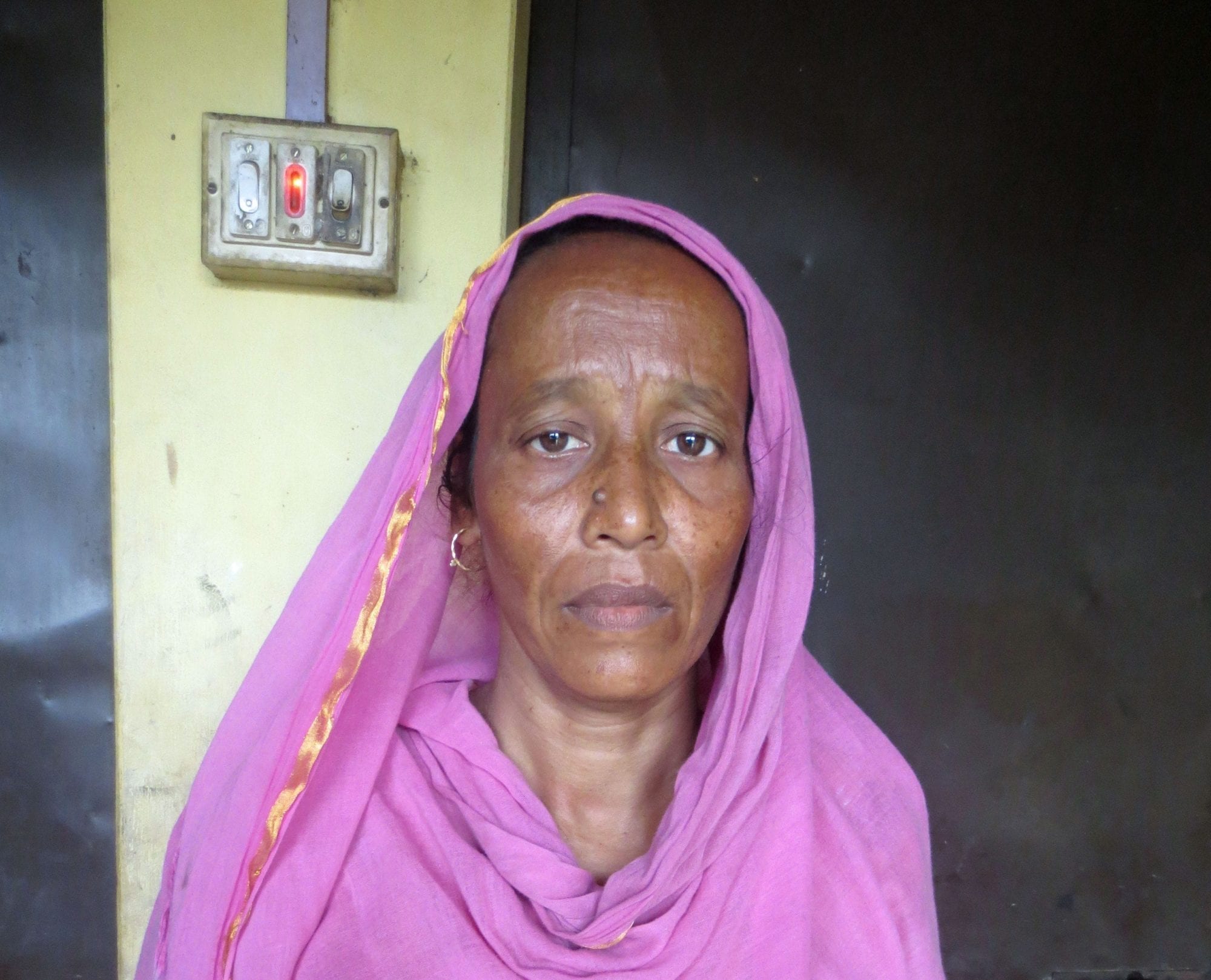 Raoshonara is destitute. “I have no other option but begging to survive,” she said, and burst into tears. The 35-year-old garment worker is unable to support herself or her family after suffering severe injuries escaping the factory fire that decimated Tazreen Fashions where she worked as a finishing operator. Raoshonara, like her co-workers at the multistory factory, was forced to jump out of a window because the building had no fire escapes. Some 112 workers died in the November 24, 2012, tragedy at Tazreen, located just outside Dhaka, the Bangladesh capital.

Unable to work because of disability and pain—“I cannot even sit for more than 30 minutes at a stretch,” she said—she sent her children back to her home village because she cannot support them. “I am not even able to buy food for them,” she said. Raoshonara is living with her sister, who buys her food and medicine. But that assistance will soon end. Raoshonara says her sister “won’t be able to continue her support for very long because she has to maintain her family.”

Raoshonara paid her initial medical bills with the compensation she received from the Bangladesh Garments Manufacturing and Exporting Association (BGMEA) and the private, Jesuit-run organization, Caritas. But she needs far more medical care and neither the factory owner, nor the brands, nor the government is offering Tazreen victims any assistance.

Her backbone is damaged from falling three stories. She suffers severe pain from a leg fractured in the fall. Another leg was sliced by a machine in the melee before she jumped out the window, as panicked workers stumbled in the dark trying to escape. And like nearly all Tazreen survivors, she is psychologically traumatized. “I get frightened when I see any big building. Fear of death always keeps me frightful and makes me cry,” she said.

Raoshonara came to Dhaka in 2008 from a small village in the Jamalpur District, after she was abused by her husband who frequently demanded large amounts of money as dowry. To pay him, she sold the small property her father left her and her brothers in the village. Once in Dhaka, at Tazreen, she worked hard and planned to send her children through school. She was filled with hope for her new life.

Now, she says, she is begging just to survive.