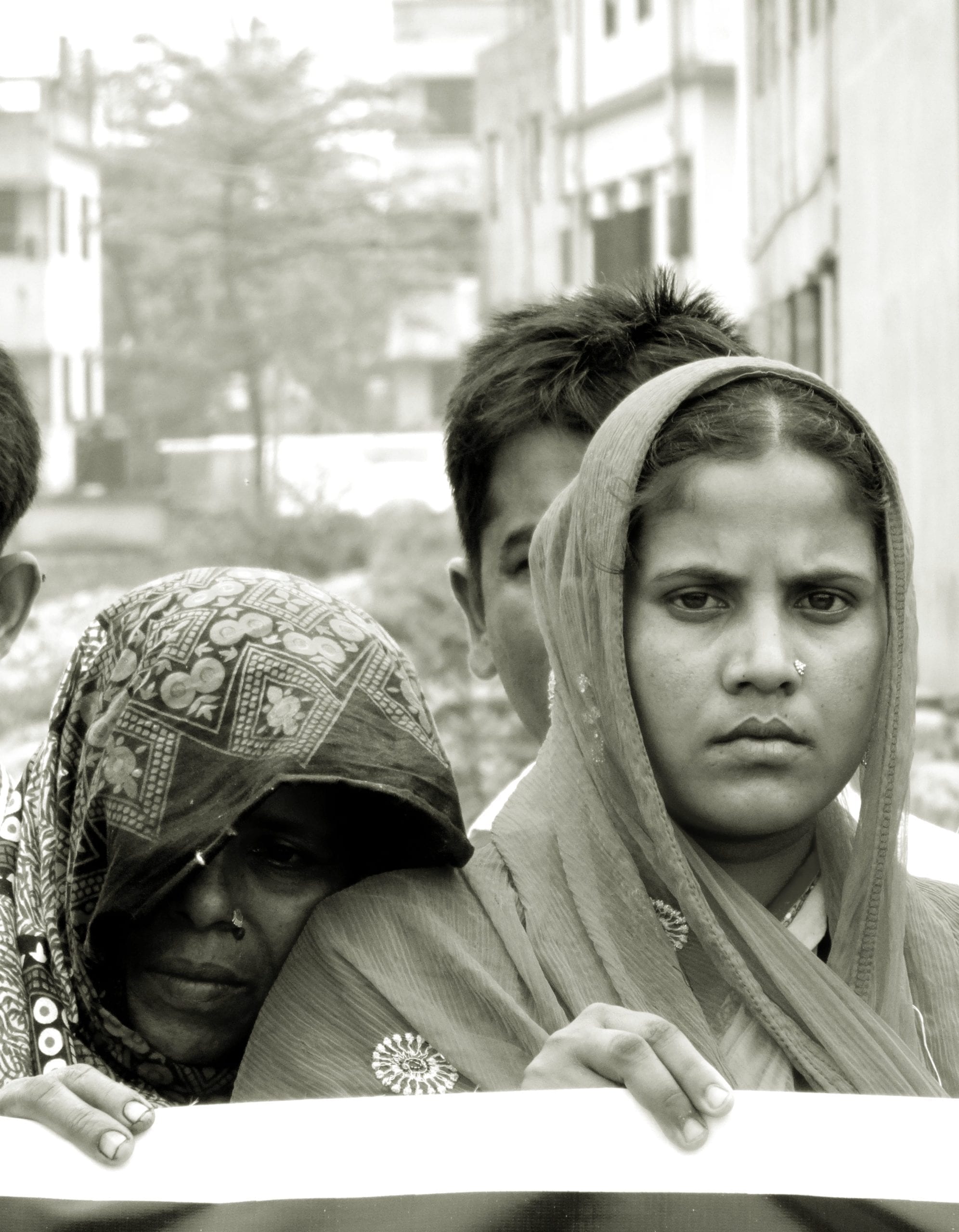 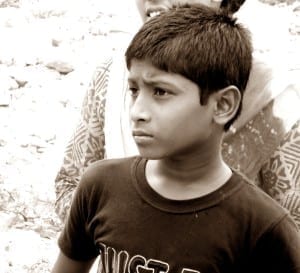 Rabbi Sheikh, 10, began crying when talking about his mother, Shirina Akhter. “I always think about my mother,” he said. Two years ago, Shirina was among more than 1,130 garment workers killed when the multistory Rana Plaza building pancaked. Her husband, Latif Sheikh, heard the building collapse as he sold fruit by the roadside. It took him 17 days to find Shirina’s body.

“My son always cries, remembering his mother,” Latif says. “He is not able to lead a normal life like the others at his age.”

As the global community commemorates the April 24 Rana Plaza tragedy, thousands of garment workers who survived the disaster, mostly young women, remain too injured or ill to work, and the families of those killed struggle emotionally and financially to piece together the lives shattered that day.

Solidarity Center staff in Dhaka recently spoke with survivors and the families of those who lost loved ones in the collapse, and all say they are struggling to make ends meet, unable to pay rent, send their children to school or provide for other basic needs.

International labor organizations and prominent retailers created a $30 million compensation fund in 2013 to aid families of workers killed and injured at Rana Plaza. According to the International Labor Organization (ILO), 75 percent of those who sought compensation have received something, but to date, 5,000 people have received only 40 percent of the money due them. Further payments have been delayed because clothing brands have failed to pay the $9 million needed to cover claims. (Download a fact sheet here.)

Bangladesh’s $24 billion garment industry is the world’s second largest, after China, and some 80 percent of Bangladesh’s garment exports are destined for the United States and Europe. 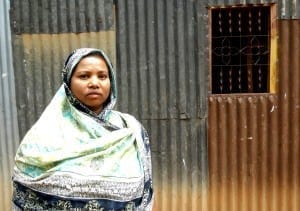 Despite constant pain from her injuries at Rana Plaza, Kohinoor, a single mother, is forced to work to support her children. Credit: Solidarity Center/Balmi Chisim

Kohinoor is among the luckier Rana Plaza survivors. A single mother, she worked as an assistant at Phantom Apparels, one of five factories in the Rana Plaza building. She received some compensation from several sources, including $625 from the ILO and $562 from Primark, which enabled her to pay her medical bills and support her three children for nine months while she was treated for the injuries she sustained.

Despite constant pain, she works as a cleaner in three homes, but her wages are not sufficient to support school fees, and so her children cannot attend school. Her eldest son helps the family by working in a restaurant.

“Nowadays, I have to be absent regularly from my work, as I don’t find the proper strength to work,” she said. Like all those Solidarity Center staff talked with, Kohinoor would like to be fairly compensated so she can support her family. 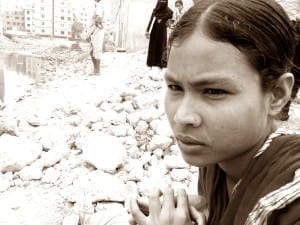 Standing in the rubble of Rana Plaza, Mosammat Mukti Khatun describes how her injures at Rana Plaza have made it impossible to adequately support her family. Credit: Solidarity Center/Balmi Chisim

Mosammat Mukti Khatun, 27, was rescued after spending nine hours in the darkness, pinned in the debris of collapsed cement. She also used all of the compensation she received for medical bills and to support her family while she was recovering. Mosammat still suffers from acute pain, and recently suffered additional injuries at a garment factory where she began working in January. Her husband, a day laborer, makes little money, and with five children, the family is in debt.

“I have no money left to secure my days,” Mosammat says. “I do not know how we will get by without additional support.”

On April 24, garment workers and their families plan to form a human chain at the national press club in Dhaka, before placing flowers at the Rana Plaza site.