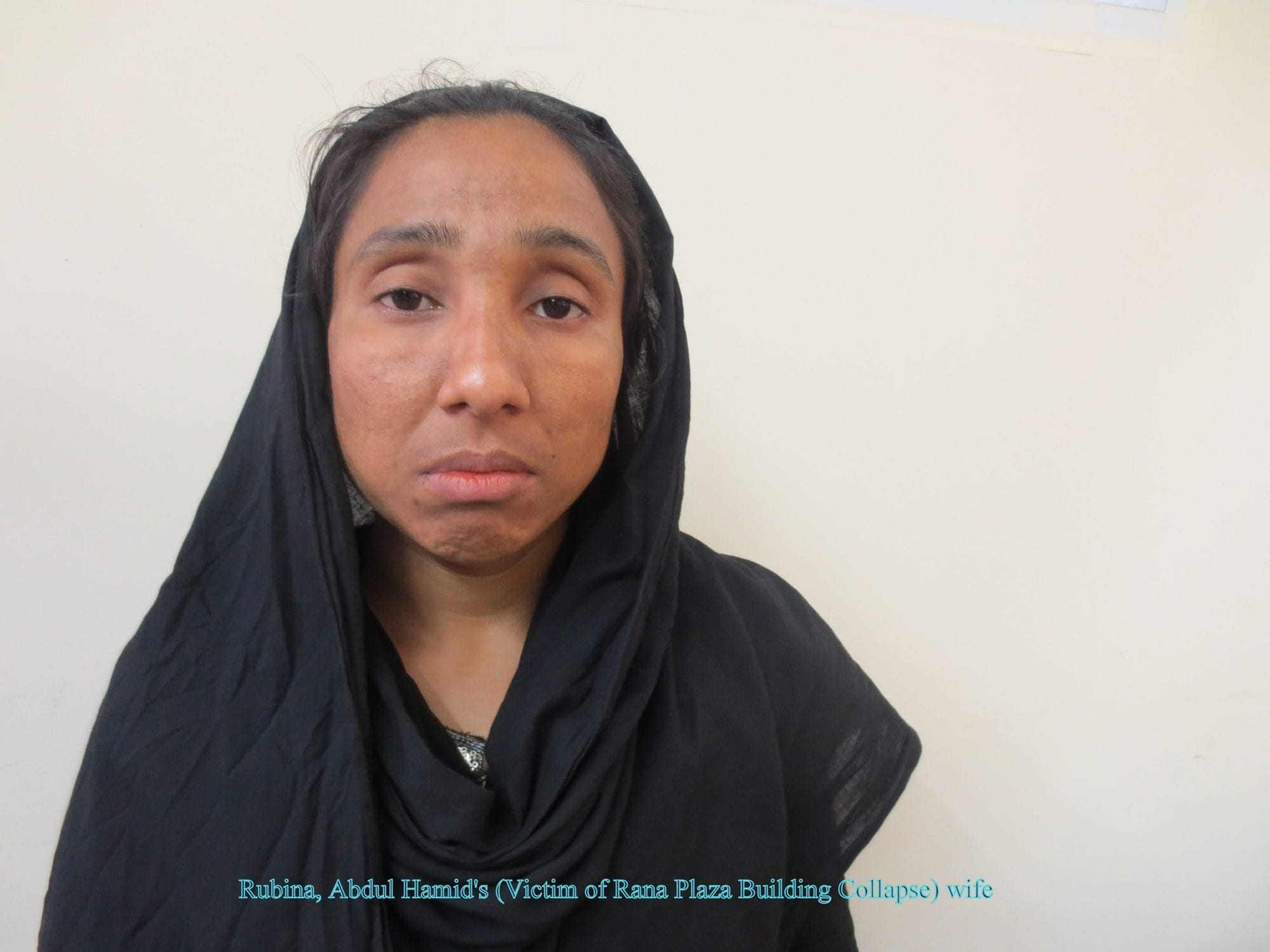 Rubina and her husband, Abdul Hamid, made enough to support themselves and their two children after they moved five years ago from a village to Dhaka, the Bangladesh capital. Both were employed as garment workers. But their efforts to ensure an even better future for their children ended April 24, 2013.

That day, the multistory Rana Plaza building collapsed, killing more than 1,100 workers, including Abdul Hamid. When Rubina left the factory where she worked to look for her husband in the hours after the disaster, her employer fired her. 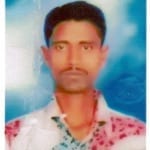 “I want nobody to become helpless like me,” Rubina said, tears in her eyes. “Me and my husband thought if both of us work hard, we may bring a better future for our children.”

“We once had money. I could feed my children well. They didn’t have to face difficulties. But now I can’t feed them properly, can’t buy clothes for them.” Abdul Hamid, who worked as a cutting master at New Wave Style, one of five garment factories in Rana Plaza, was paid $110 to $122 per month with overtime.

Without a job in a garment factory, Rubina is making $24 a month by cleaning five houses. Her monthly rent, $18, takes up most of her earnings, and she is three months behind in payments. She also must pay for school admission and exam fees.

3, fear that if Rubina returns to work in a garment factory, she, too, will be killed. “They say, ‘Father died, if you go, you will die too. Please don’t go.’ ”

Rubina received $1,223 in compensation from the government—roughly 10 months of her husband’s salary—and another $183 from private organizations, but she will be forced to return to her village if she does not receive sufficient compensation so she can pay her rent and feed her daughters.

The day before Rana Plaza collapsed, engineers identified cracks so serious they said the building should be closed immediately. But many factory managers threatened workers they would be fired if they did not show up for work.

Rubina waited eleven days before some of her husband’s remains were found. She identified him by the pants he wore.

“Hundreds of people lost their lives,” she said. “They (the factory owners) shouldn’t take people’s lives.” She thinks management should get more safety training and the government should inspect the factories to ensure they are safe.

“If (the factory owners) don’t give me compensation, I can do nothing,” Rubina said. The owners, she said, have a responsibility. “My husband died. But his life was valuable.”