Trade Union Organizing in the Informal Economy: A Review of the Literature on Organizing in Africa, Asia, Latin America, North America and Western, Central and Eastern Europe (Rutgers, 2013) 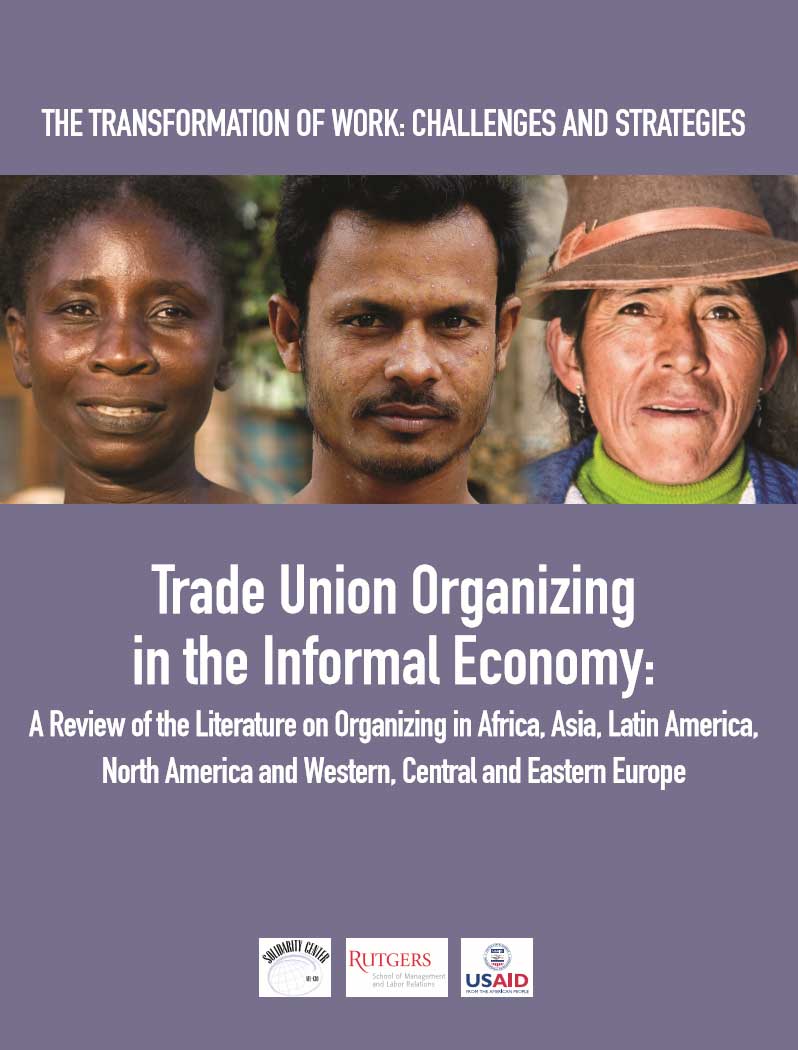 This report reviews the literature of efforts throughout the globe by workers who labor outside the formal labor economy of their countries to form or join trade unions as well as unions’ efforts to organize and represent them. This Solidarity Center report is part of a multiyear research project, funded by the U.S. Agency for International Development, to study the informal economy, migration, gender and rule of law together with research partners Rutgers and WIEGO.