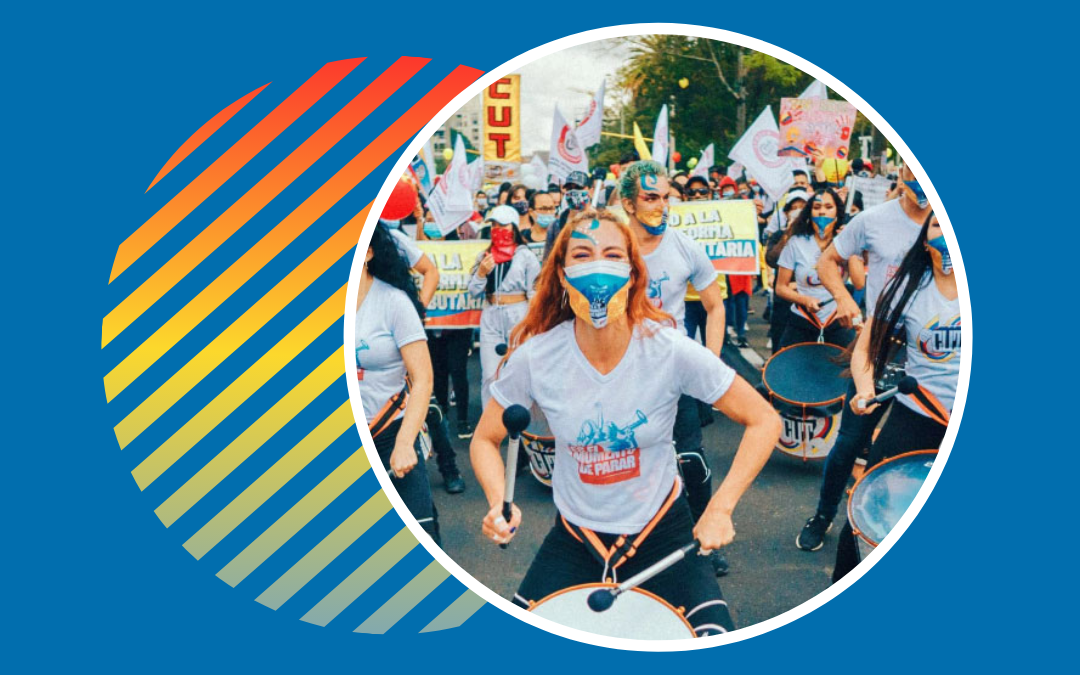 Police violence, which escalated during COVID-19, is part of a rising tide of global crackdowns targeting marginalized communities, workers and young people struggling to support themselves. The latest episode of The Solidarity Center Podcast looks at how workers in Colombia and Nigeria—targeted by police brutality as they staged peaceful protests to address inequality—are joining and leading large movements to demand new levels of accountability from and reform of the authorities charged with protecting and serving their communities.

Podcast host and Solidarity Center Executive Director Shawna Bader-Blau talks with Francisco Maltés, president of the Unitary Workers Center (CUT) in Colombia, and Gbenga, general secretary and founder of the Federation of Informal Workers’ Organizations of Nigeria. They describe how workers, especially those living most on the edge, are taking back their communities by standing up for justice and opposing decades of widespread, systemic corruption that feeds off state-sponsored violence.

“Justice and police activity in Colombia can be characterized as being directed at poor people,” says Maltés. “The National Strike Committee has proposed a bill for reforming the national police force.”

Listen to this and all Solidarity Center episodes here or at Spotify, Amazon, Stitcher, Castbox or wherever you subscribe to your favorite podcasts.