‘Sometimes I am lucky to get a task for three days’: Etaf Awdi Hamdi Eqdeeh 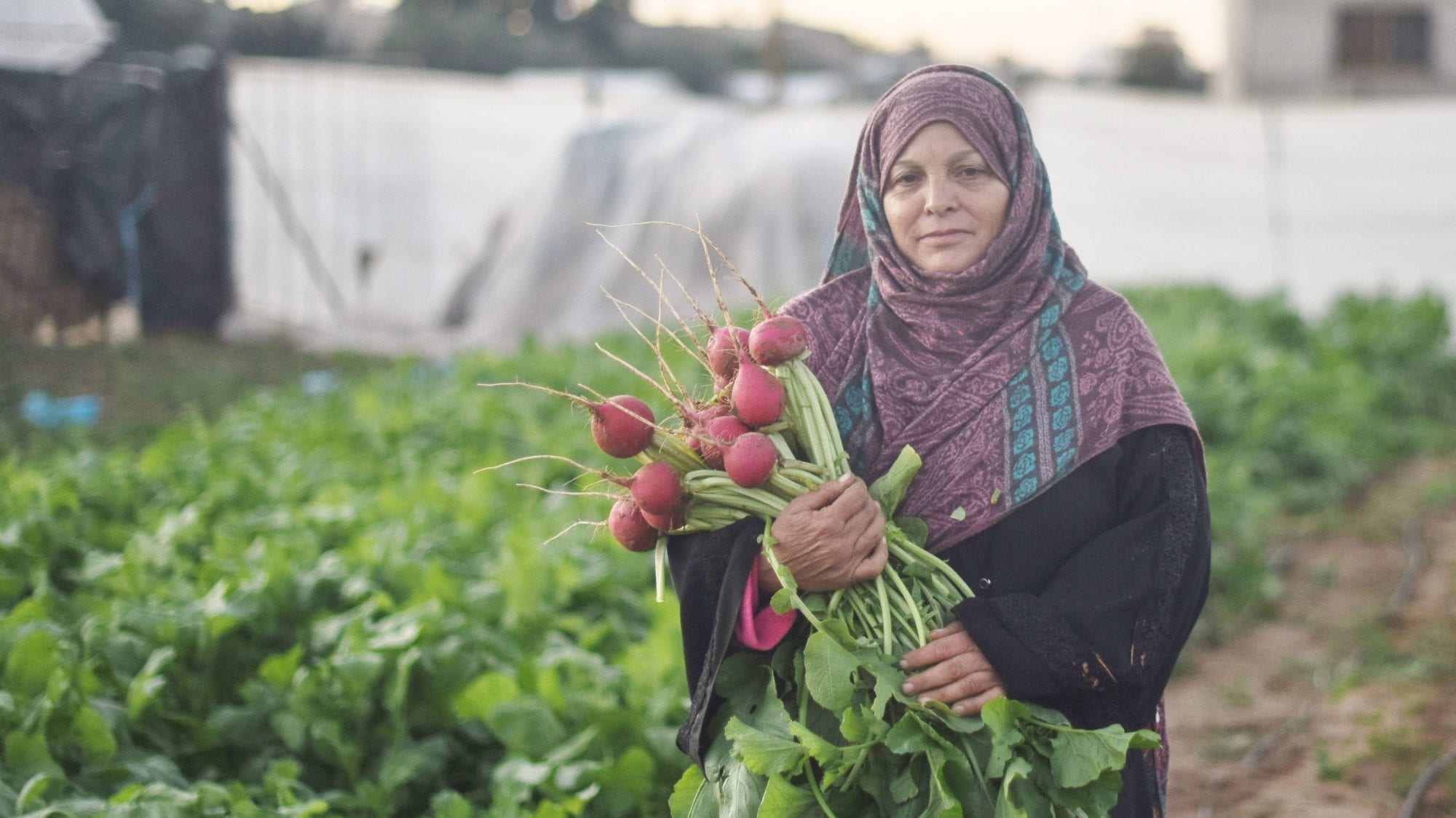 This Solidarity Center photo essay offers a look into the life of mother and agricultural worker Etaf Awdi Hamdi Eqdeeh, who lives and works in Khuza’a, near Khan Younis, Gaza. The Solidarity Center partners with Palestinian unions as they fight for sustainable jobs and labor law enforcement, and to improve the lives of working people.

(All photos by Abed Zaqout for the Solidarity Center.) 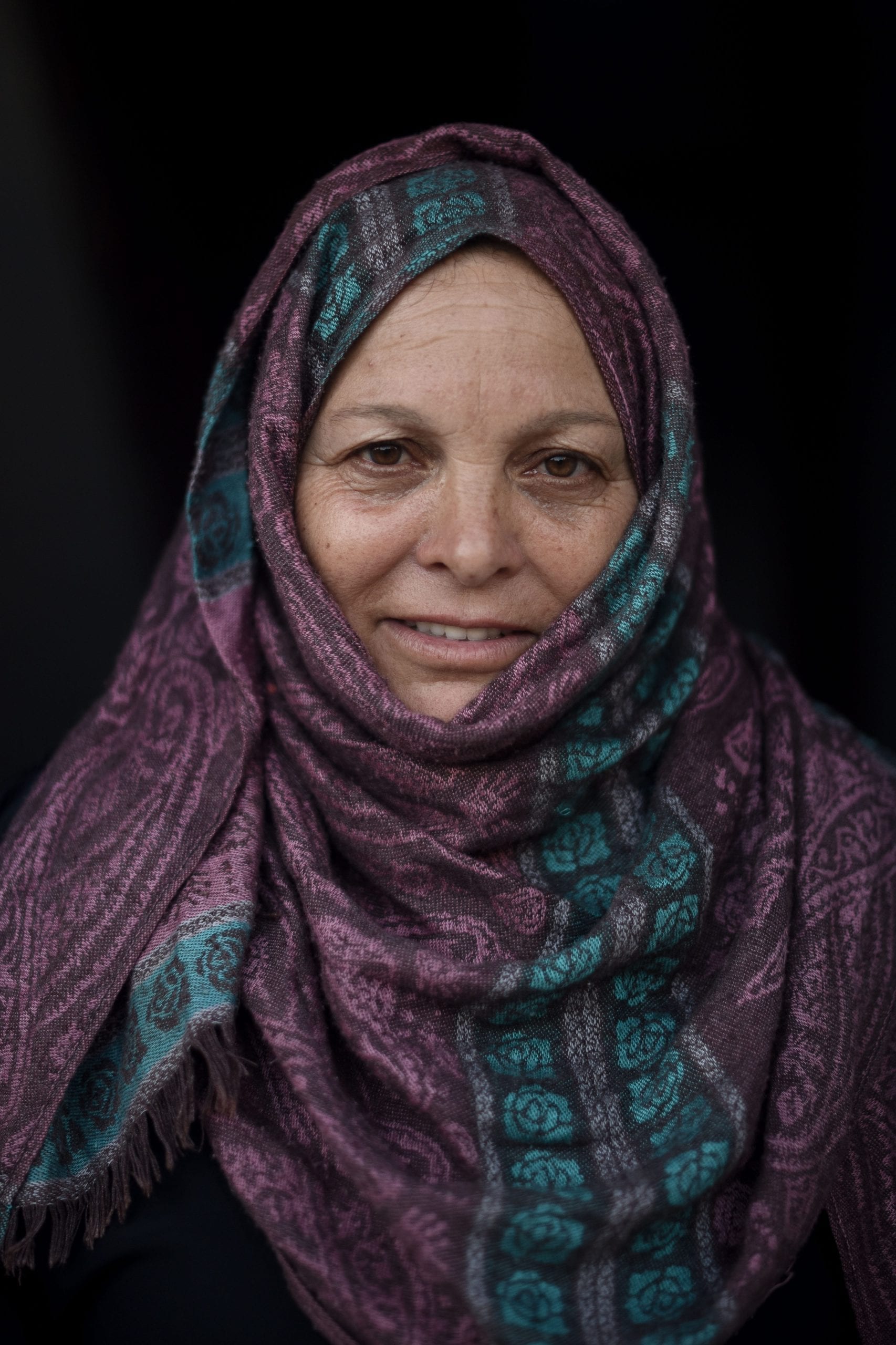 Etaf Awdi Hamdi Eqdeeh, now in her 60s, works in the agricultural sector—which is the main source of income for many families in the area. She must work temporary jobs on area farms to help support her large extended family.

Because she cannot find permanent work, she visits local farms daily to look for any kind of temporary job.

“Sometimes I am lucky to get a task for three days,” she says. 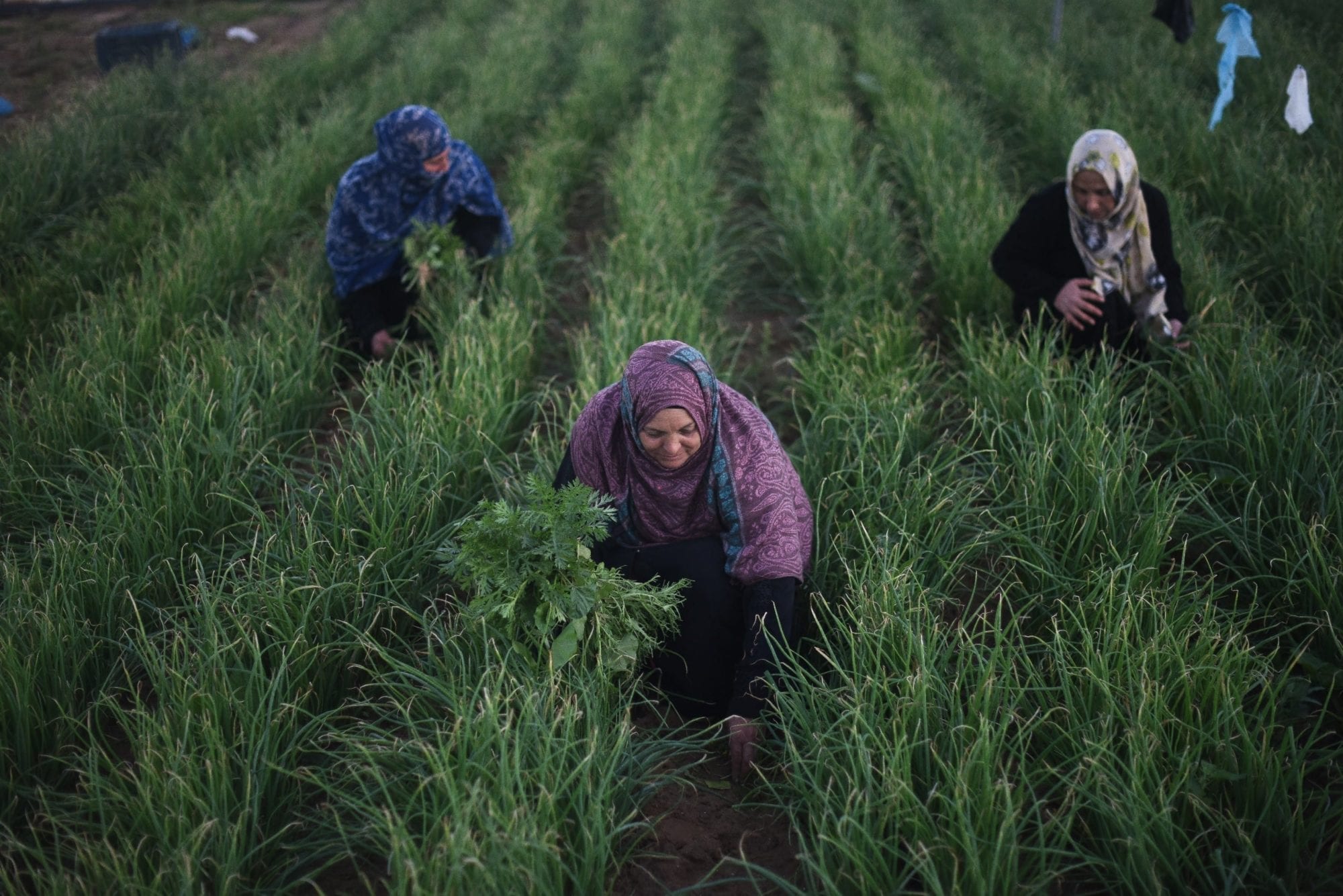 Better work is not available to Etaf because work is scarce in Gaza and it is too difficult, expensive and dangerous to travel further afield. Across Gaza and the West Bank, Israeli checkpoints and road obstructions, as well as frequent road closures, severely restrict freedom of movement, commerce and employment in Palestine. 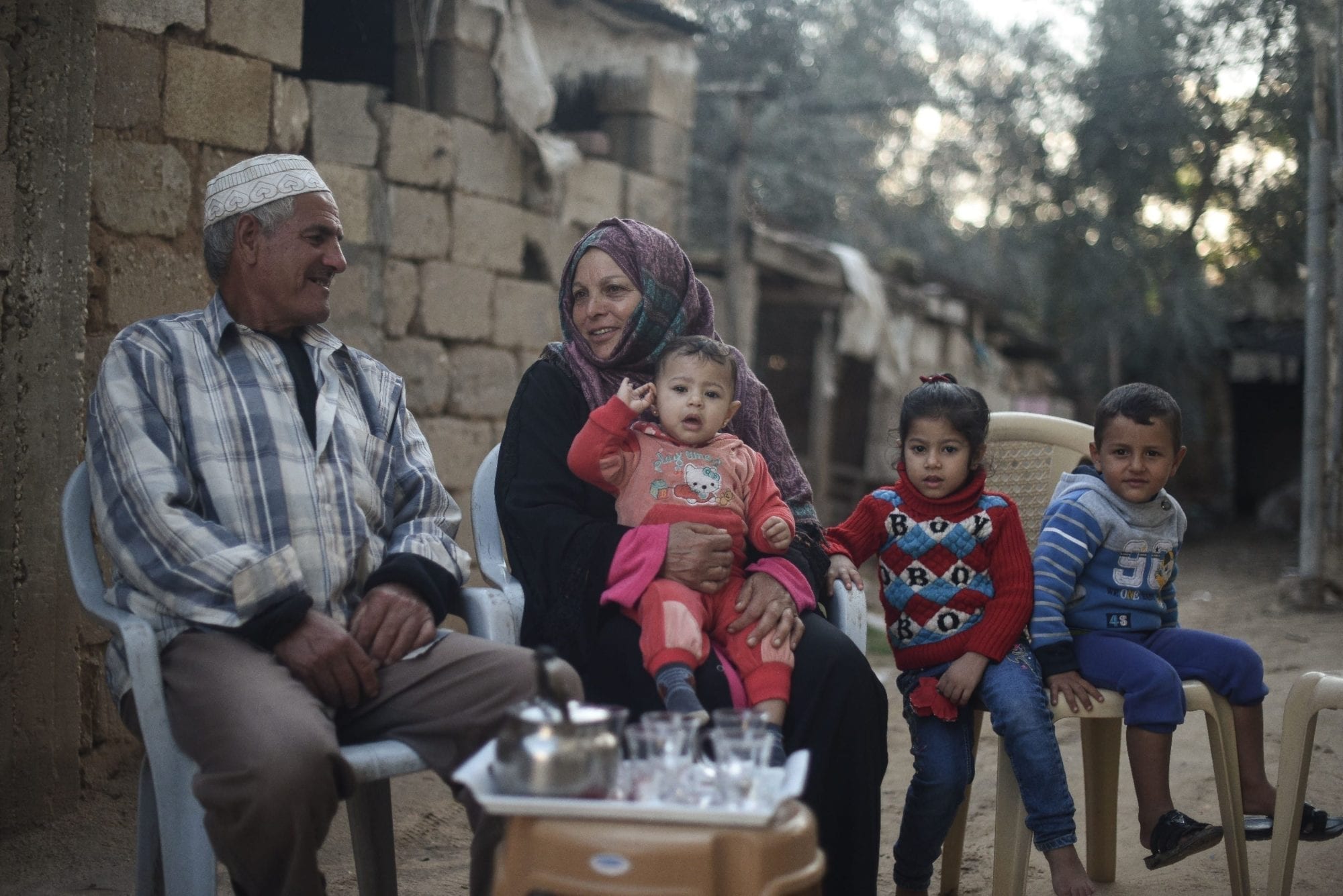 After work, Etaf drinks tea with her husband and some of her grandchildren, at home. Her wages help support her 65-year-old husband, who is unemployed because of a disability, as well as five grandchildren and her own children. Etaf’s six grown children work temporary jobs and cannot earn enough to sustain the extended family, she says. 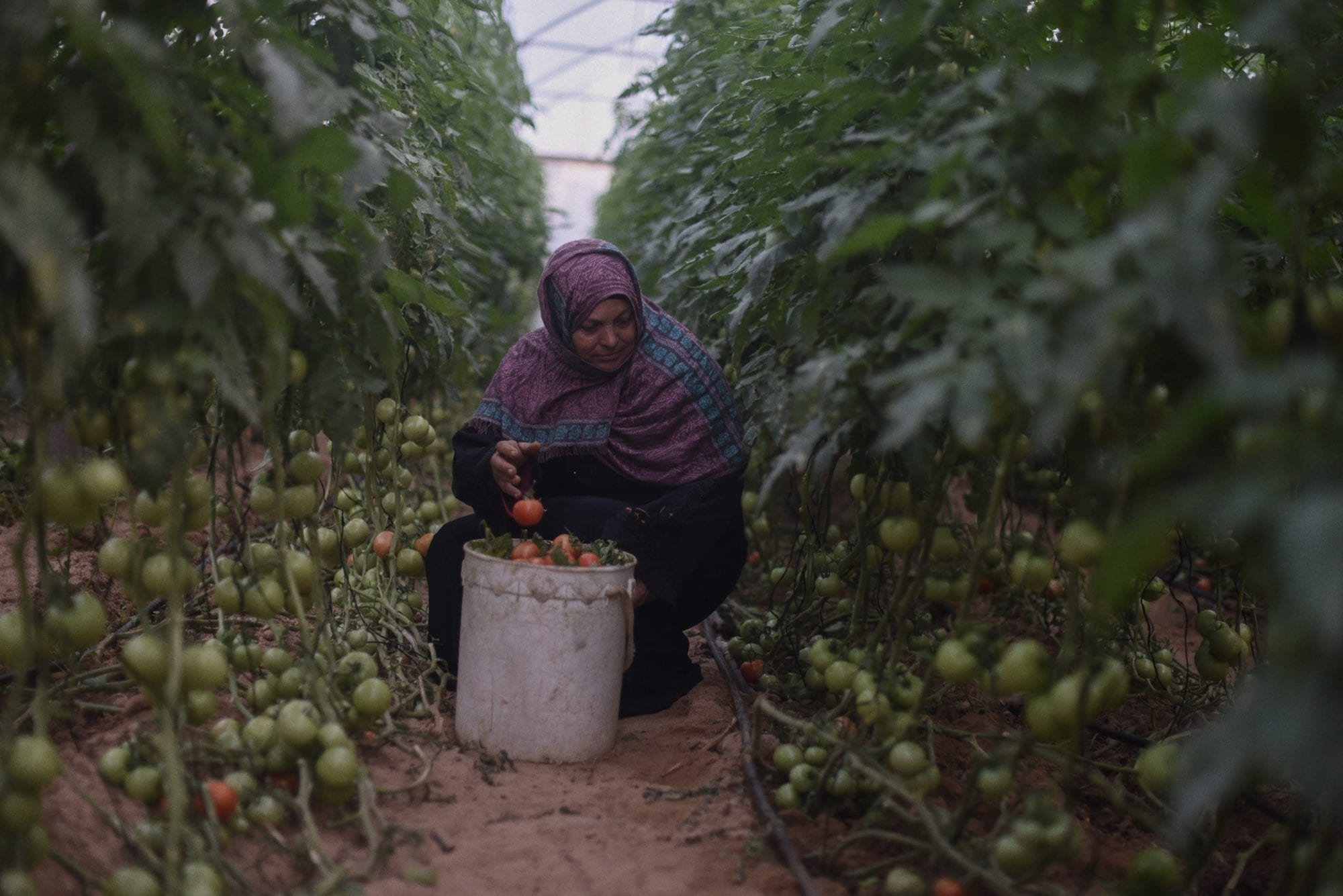 Etaf picks tomatoes, which will be sold at a nearby market.

Because her daily wage is not enough to cover the cost of one meal for her large family, she supplements her wages by keeping her own chickens and pigeons. 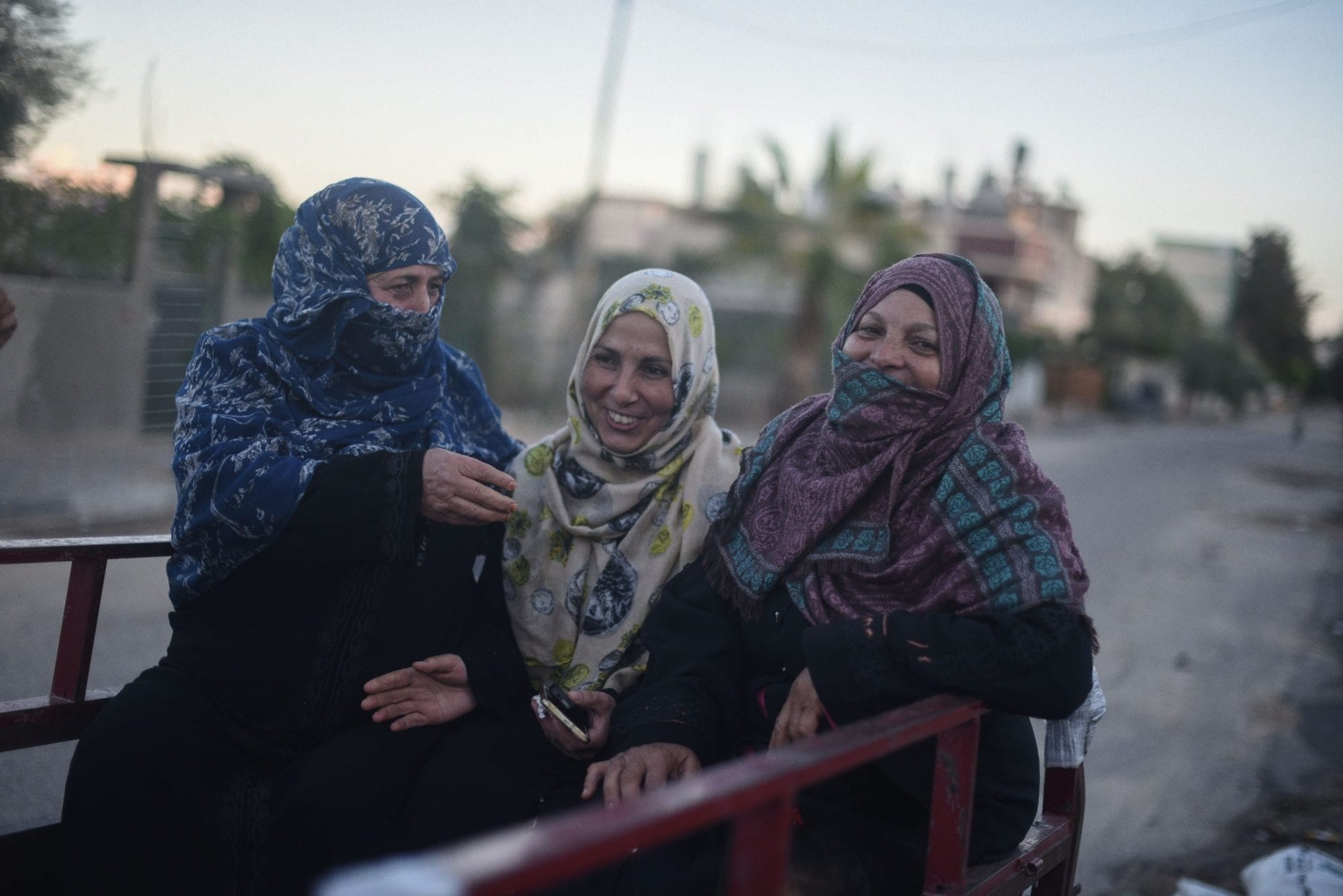 Etaf and other women head to work in the fields on an open-bed truck.

Agriculture, which employs nearly half of the world’s workforce is one of the three most hazardous sectors for workers. The precariousness of this work is compounded by informal employment arrangements or agreements with labor brokers, violence and harassment on the job.

Agriculture workers are often denied decent wages and women, despite their predominance in the sector, earn up to 50 percent less than their male co-workers for doing the same job.

Despite the hardships, agricultural workers around the world—cacao harvesters in the Dominican Republic, Moroccan vineyard and olive grove laborers in Meknes and agricultural workers in Gaza—are joining with unions and worker associations to improve their workplaces and win rights on the job. 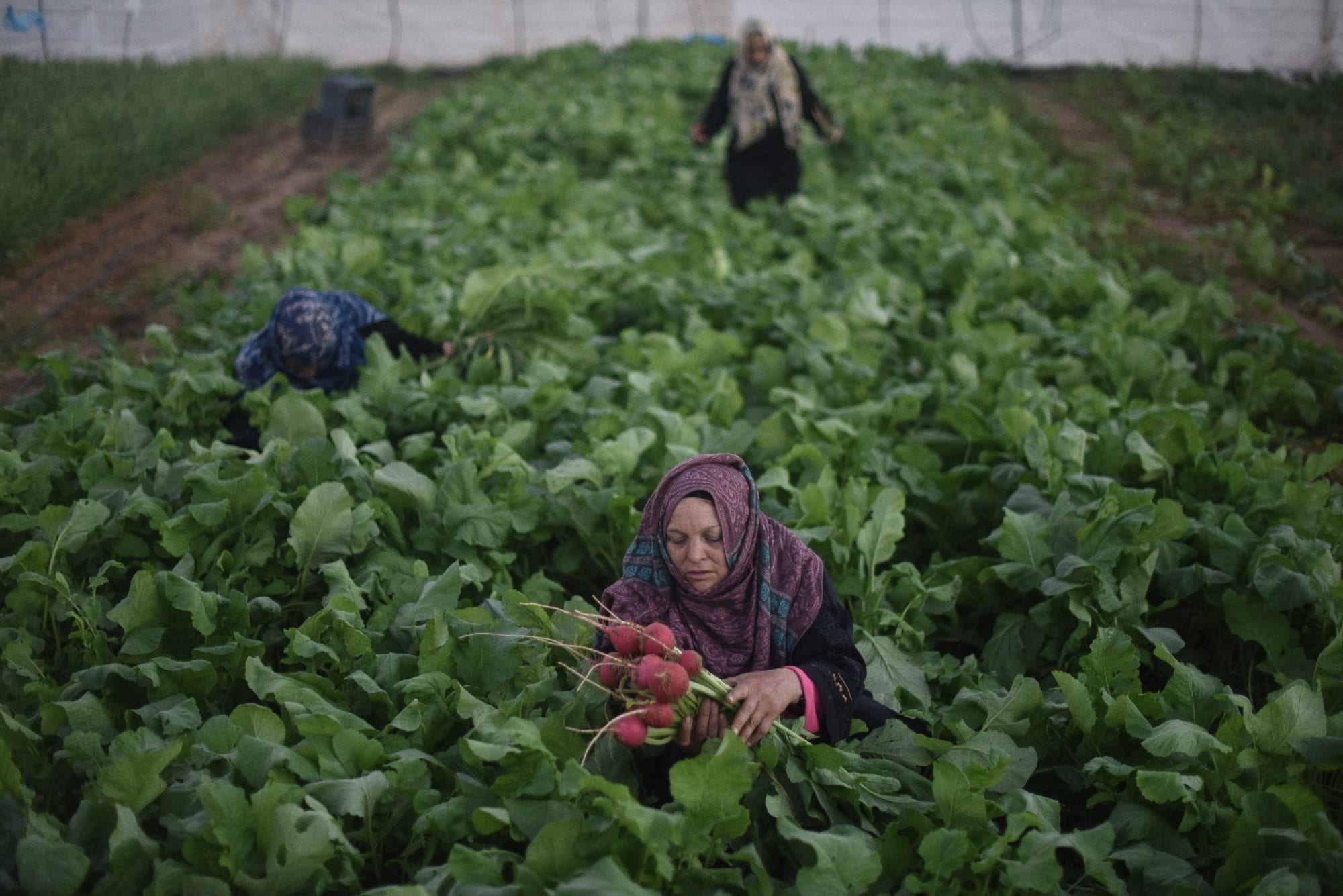 Through an onsite office supported by the Solidarity Center, Palestinian labor activists provide workers like Etaf with a variety of services, including job counseling; legal referrals for unpaid wages, medical treatment and employer reimbursement for workplace injuries; and education around labor rights. Solidarity Center supported the PGFTU women’s committee’s outreach to women workers in 75 work sites in West Bank in 2018, meeting face-to-face with 1,149 women workers and helping them form 14 worker committees. 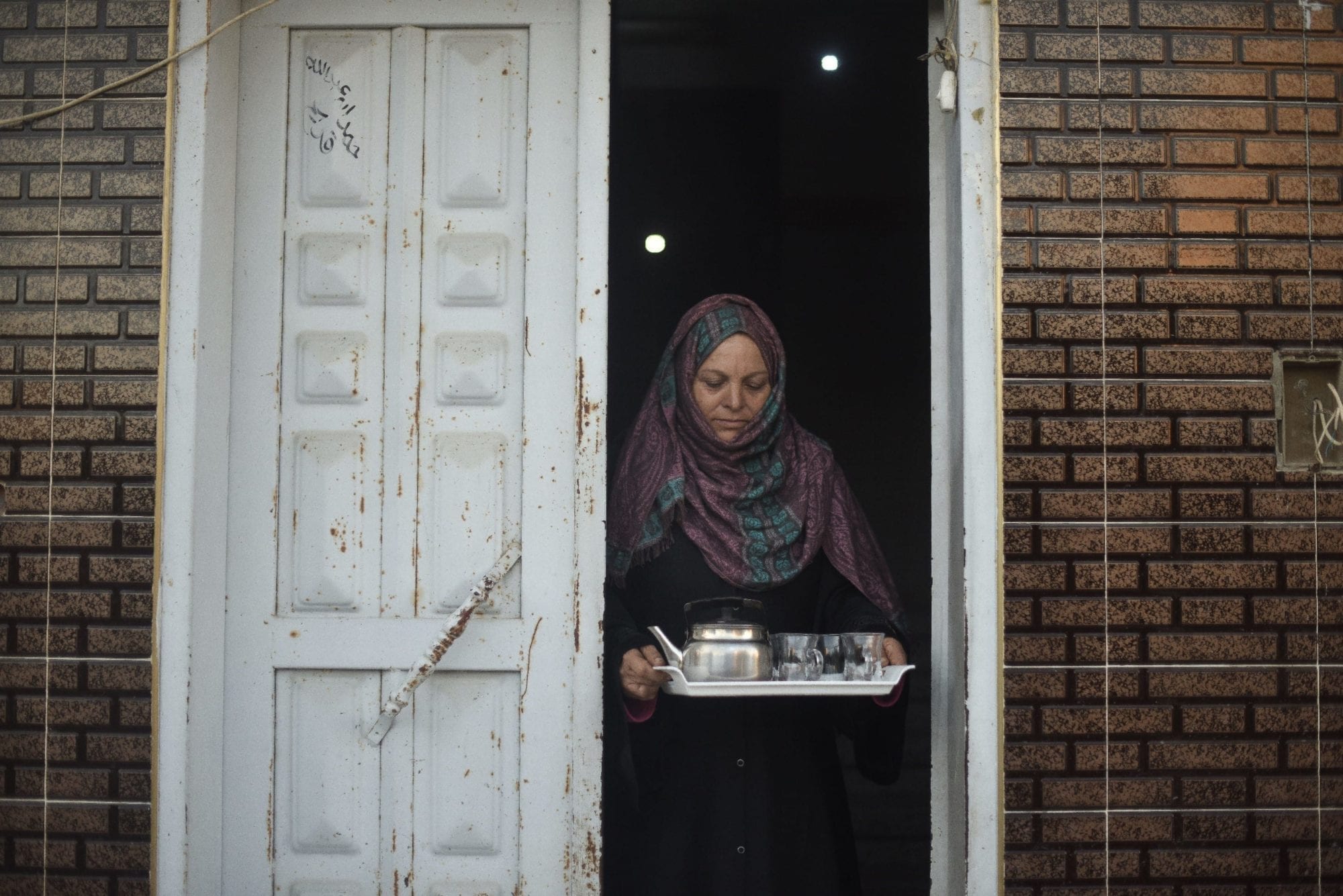 “I have been dreaming of a normal decent life like that lived by humans in the rest of the world,” Etaf says.