Fighting With Fire: Bangladesh Garment Workers Take Safety into Their Own Hands 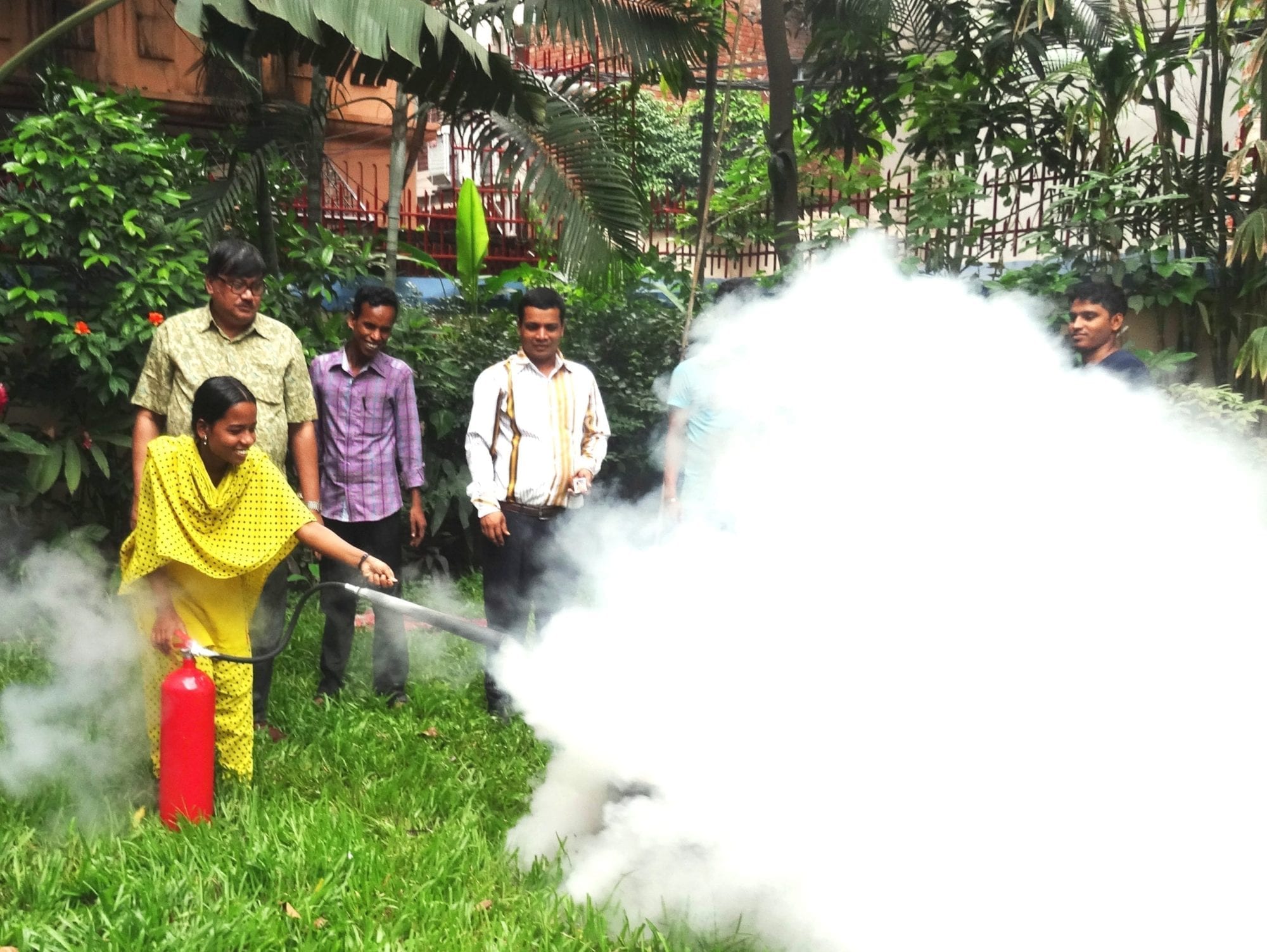 The day before Rana Plaza collapsed, a structural engineer reported cracks in the building so dangerous, he recommended it be closed. Workers were afraid, but factory managers said if they did not show up the next day, their pay would be cut or they would be suspended.

NO ONE SHOULD HAVE TO GO TO WORK AFRAID

Through the Fire and Building Safety course, garment workers, union leaders and factory management learn about fire and building safety codes and preventative measures, and practice steps to take in an emergency. Garment workers take part in hands-on training with fire extinguishers to gain experience and confidence. 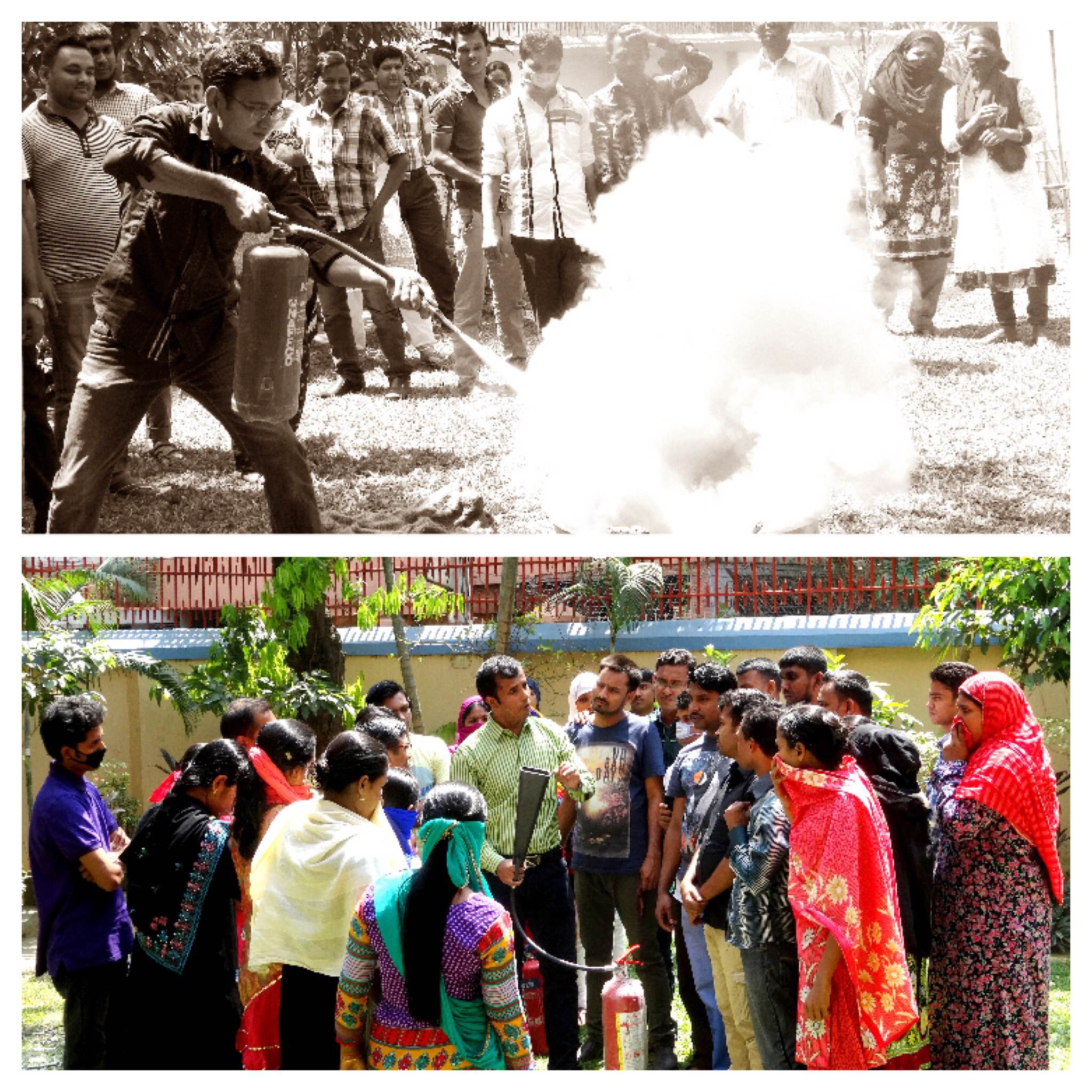 Tahsin Khan, a mechanic at Aliza Fashion Limited, had taken a fire safety training years ago, but the course did not include hands-on practice and he says he was never confident enough to apply what he learned. The Solidarity Center course encouraged him and provided the practice he needs to potentially save lives at his workplace.

“We are now confident after the training that we can help factory management and other workers if there is any incident of fire in our factory.” 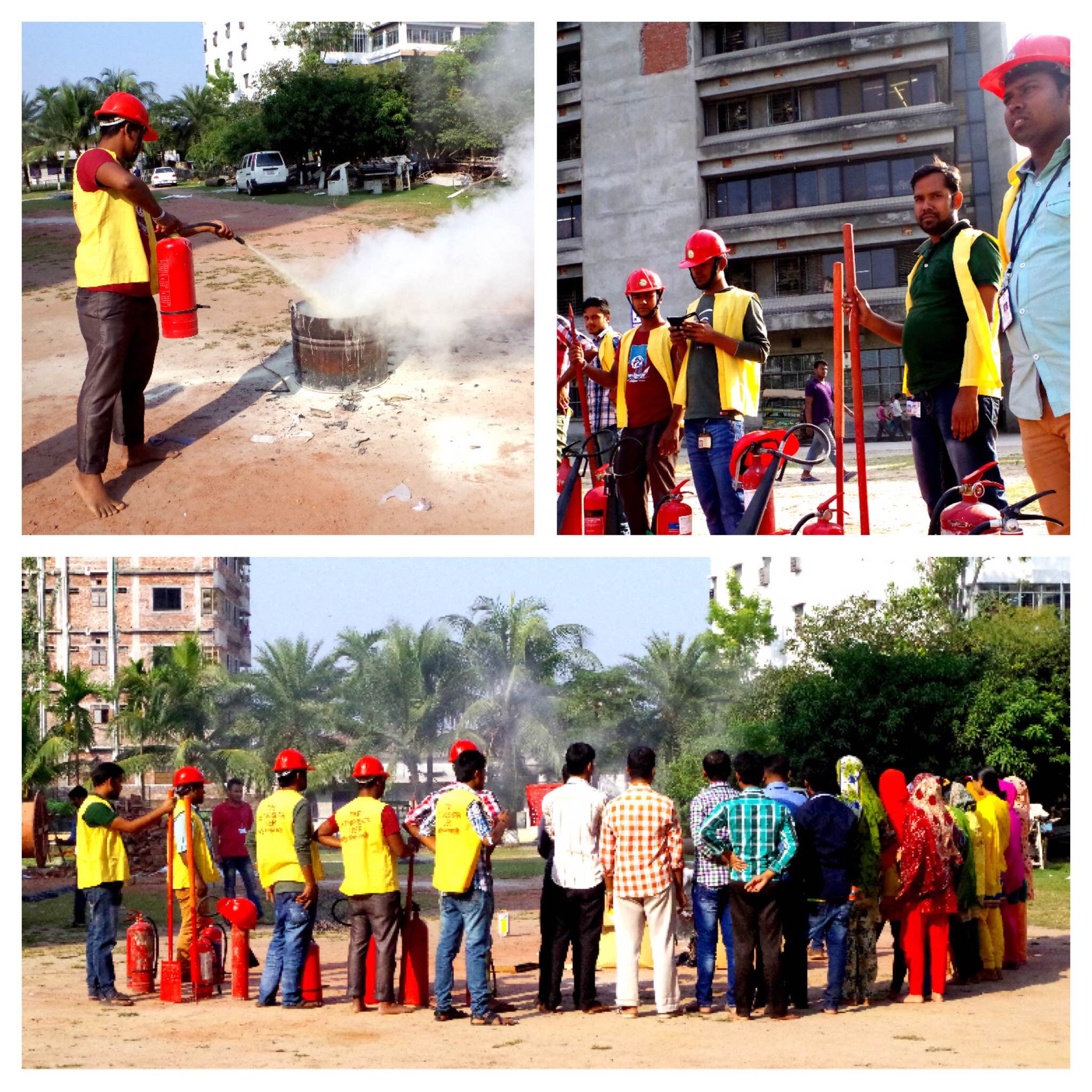 The Solidarity Center also coaches workers on how to approach factory managers about safety concerns and how to train co-workers in proper fire prevention methods. Bilkish Begun says workers at her garment factory could not discuss implementing safety measures with their employer until they formed a union because they feared they would be fired. Now, Bilkish and other women working in her factory can take measures together to ensure their safety, like organizing a fire safety training with the Solidarity Center through their union.

“I used to be afraid of fire erupting in my factory, but after attending training, I feel that if we work together, we can reduce the risk of fire in our factory.” 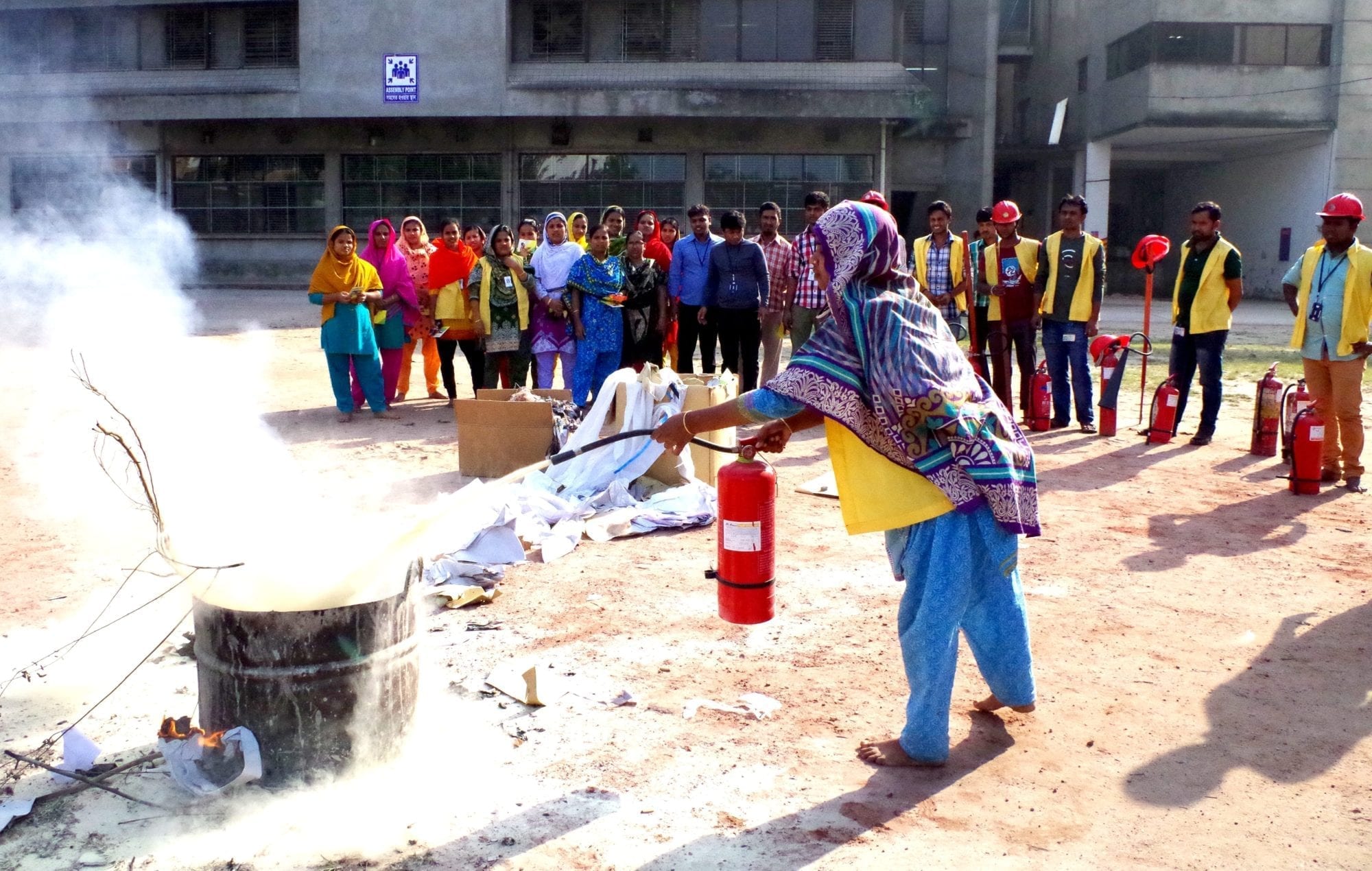 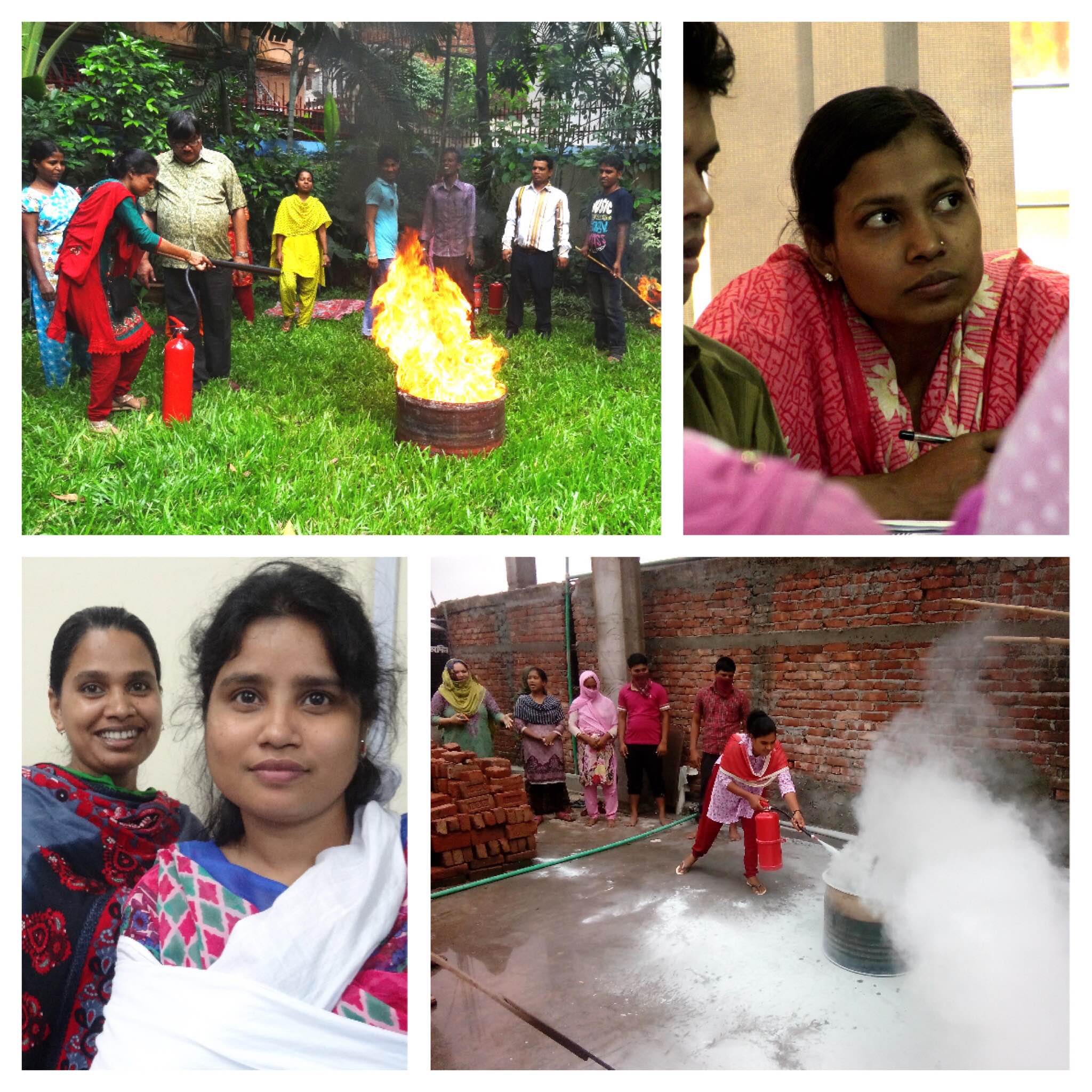 Training women in fire and building safety is imperative because they make up approximately 80 percent of the workforce in Bangladesh’s garment sector. As women are taking on more active roles in their unions, the Solidarity Center is empowering female garment workers to share their knowledge and skills to ensure safe work environments for everyone. The female garment workers certified through the Solidarity Center Fire and Building Safety Training have gone on to train hundreds more.

344 WOMEN HAVE ATTENDED TRAINING WITH THEIR FACTORIES.

When Shilpi Akter attended training in her capacity as Women Affairs Secretary of Reliance Denim Industries Ltd., she learned that a cluttered or crowded production floor can obstruct passage in an emergency. Noticing that her factory’s production floor was blocked by cartons, she raised this issue to management, which fixed the problem after hearing from her. 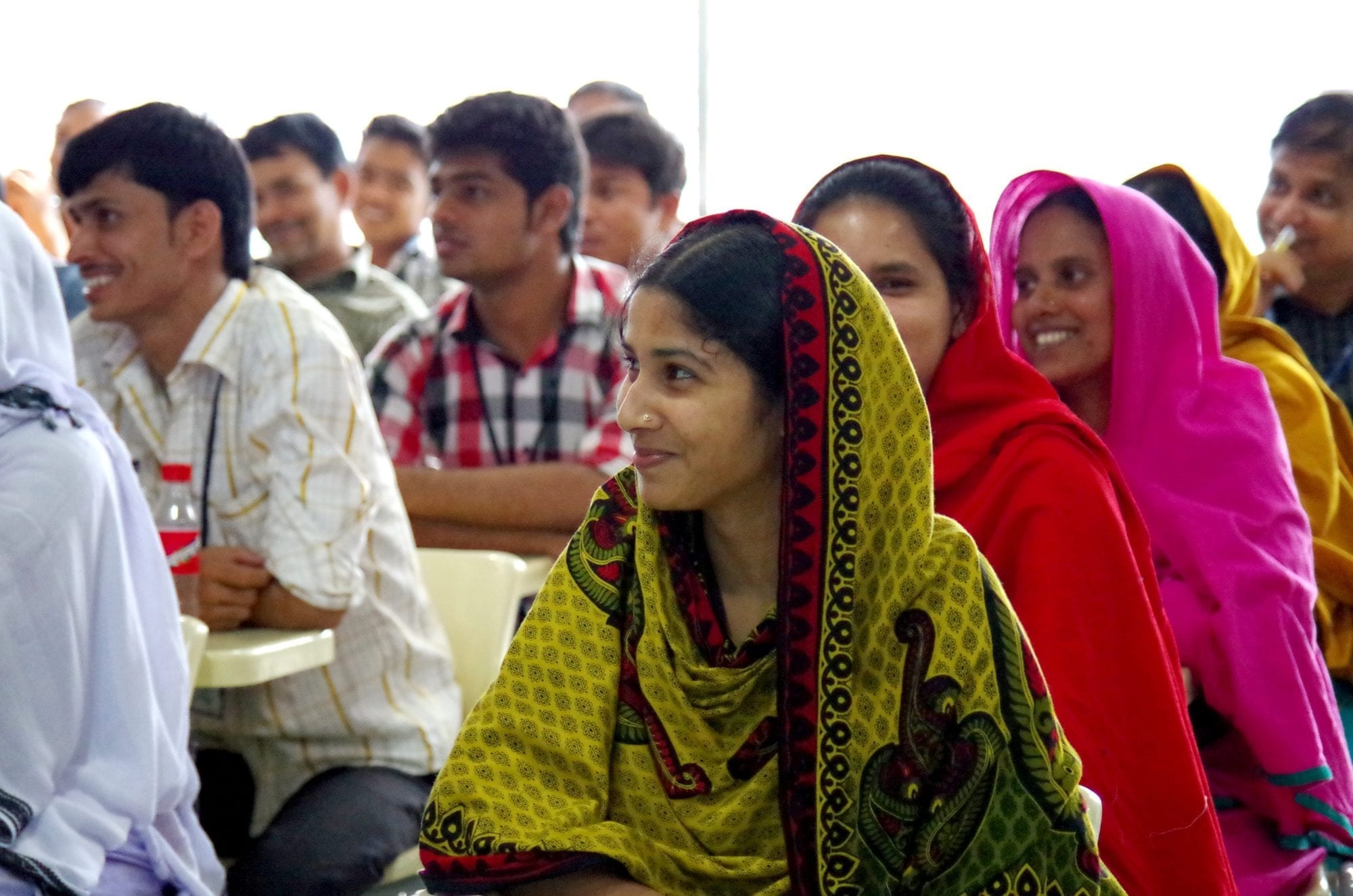 By putting what they learned through the training course into practice, participants have already diverted potential disasters in their workplaces. After attending a fire safety training last August, Monir Hassain says he is now able to identify risks and is working to minimize those risks for workers.

EXCLUDING THE TAZREEN FACTORY FIRE, 34 WORKERS HAVE DIED AND MORE THAN 1,023 HAVE BEEN INJURED IN GARMENT FACTORY FIRES SINCE 2012, ACCORDING TO DATA COMPILED BY THE SOLIDARITY CENTER IN BANGLADESH.

When an electrical short-circuit caused a generator to explode at one garment factory, Osman, president of the factory union and Popi Akter, another union leader, quickly addressed the fire and calmed panicked workers using the skills they learned through the Solidarity Center fire training. They also worked with factory management to correct other safety issues, like blocked aisles and stairwells cramped with flammable material. 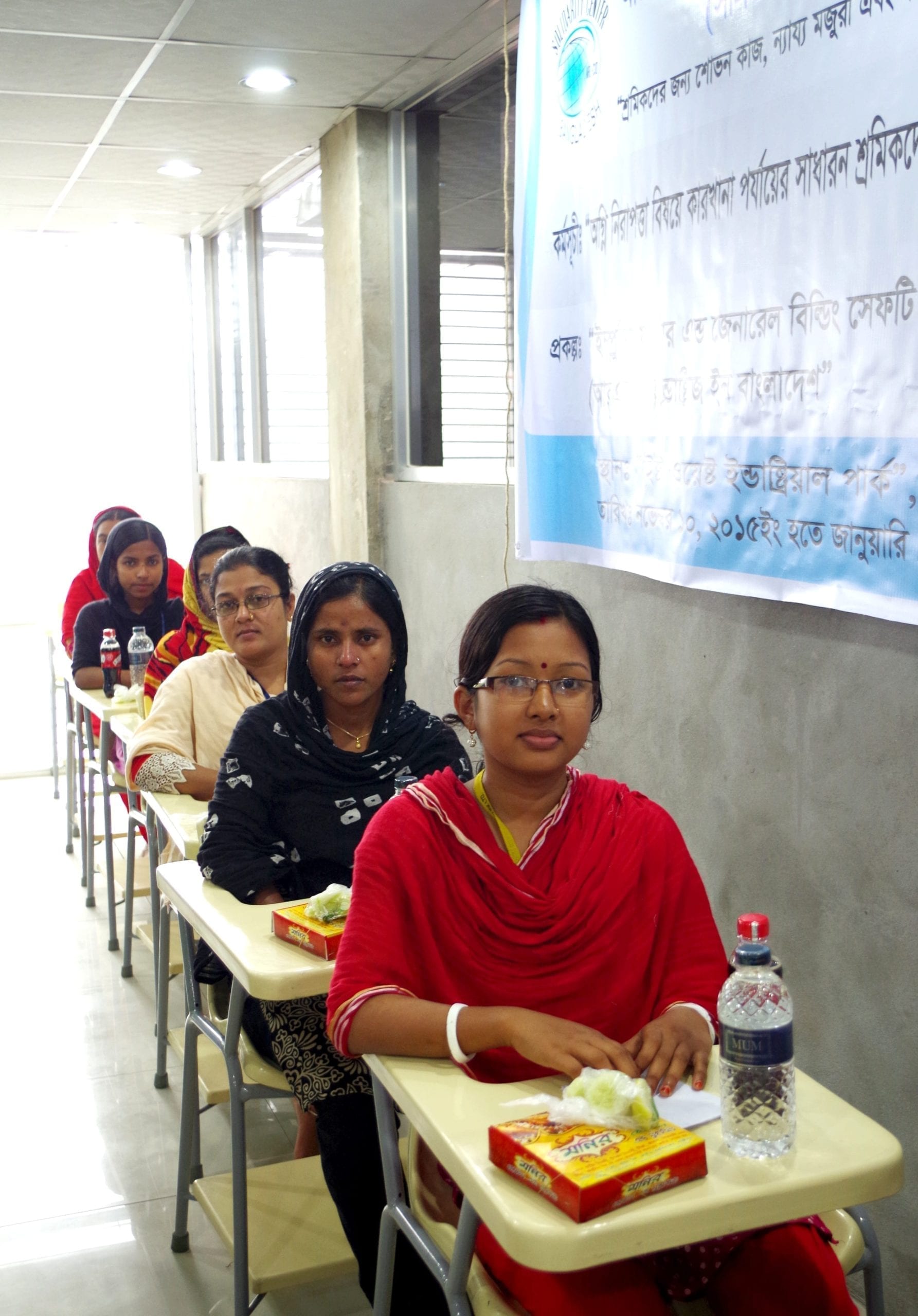 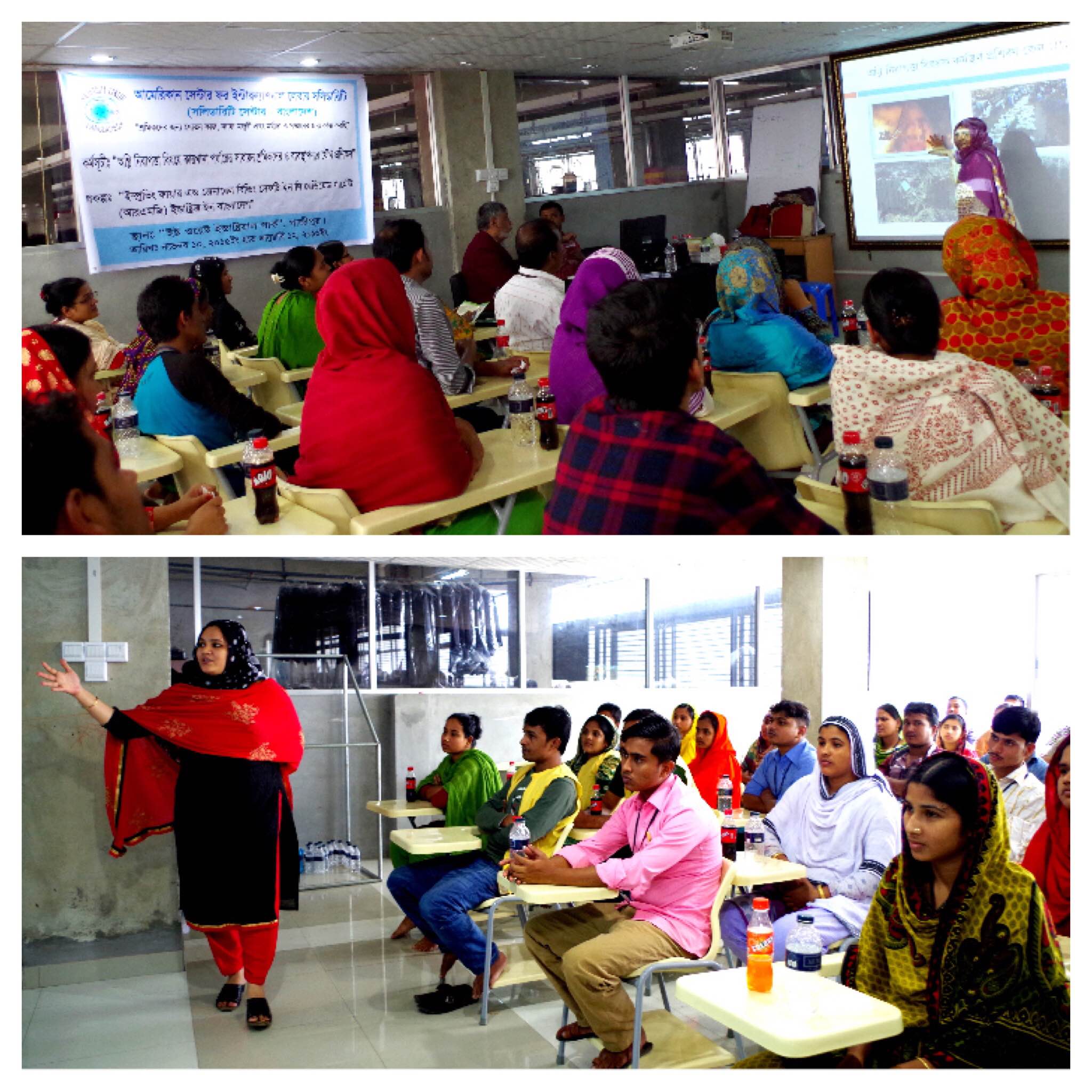 “People who worked at Tazreen and Rana Plaza had no training and had no union. This training is about making sure those things never happen again.” 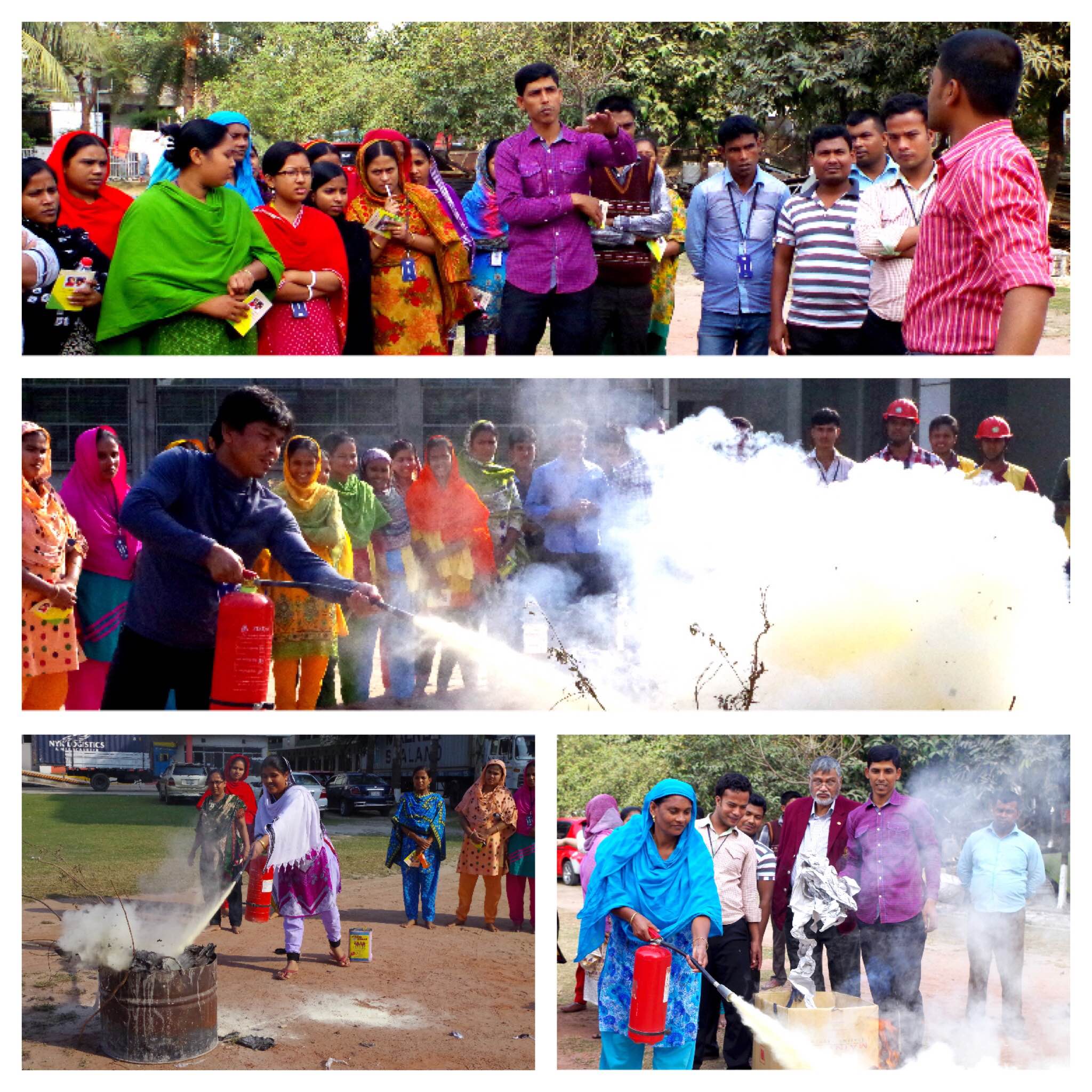 “We need to know what to do and give workers the confidence to be leaders in their factories.” 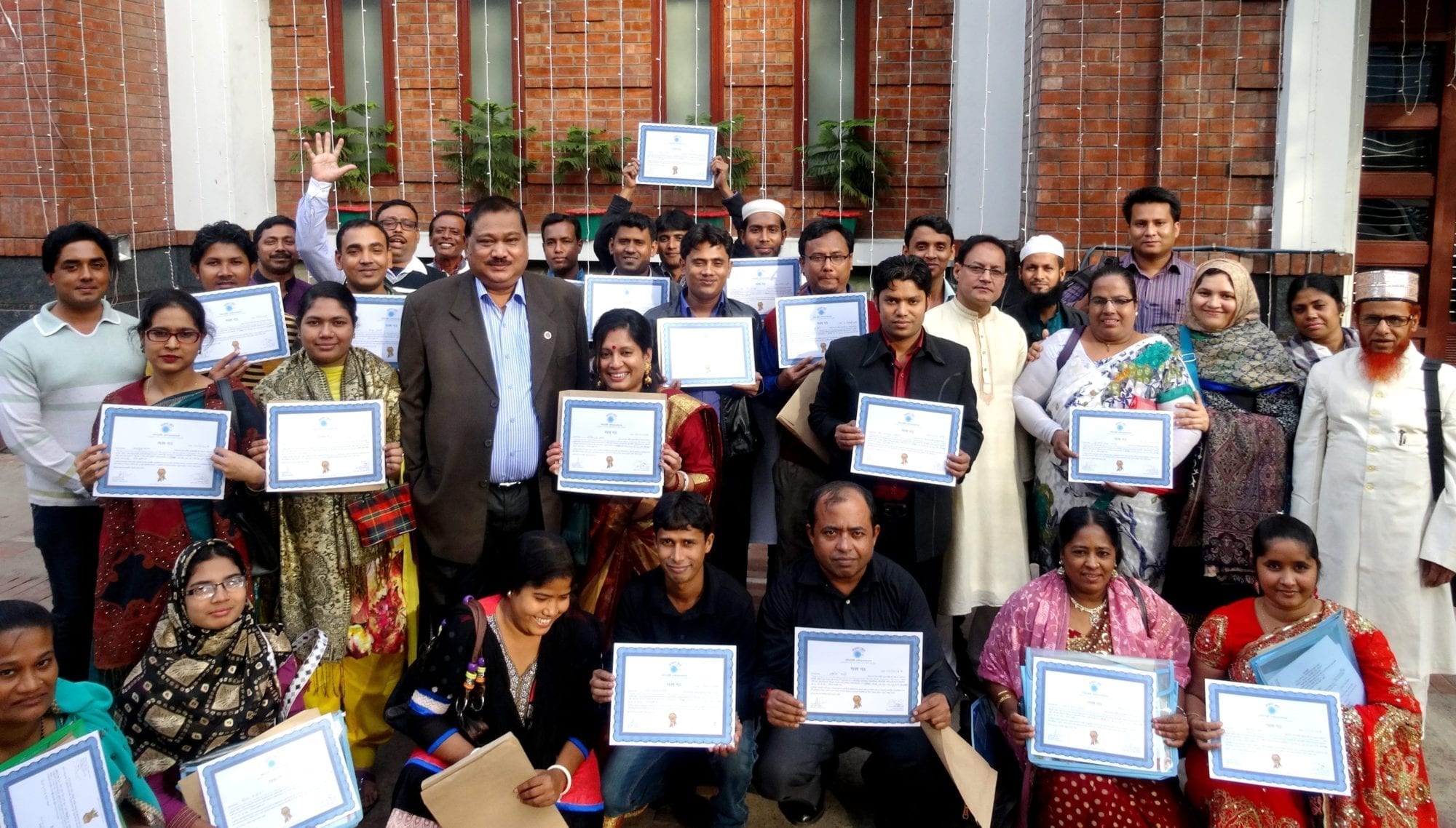 By working through their unions, garment workers can seek safe and healthy workplaces without fear of employer retaliation.

Yet fewer than 3 percent of 5,000 garment factories in Bangladesh have a union.

According to the International Labor Organization, 80 percent of Bangladeshi garment factories need to address fire and electrical safety standards.

Despite promises to improve conditions for garment workers following the Rana Plaza collapse, inspections show that by April 2016, half of all factories that pledged to reform have failed to implement sufficient fire safety measures. 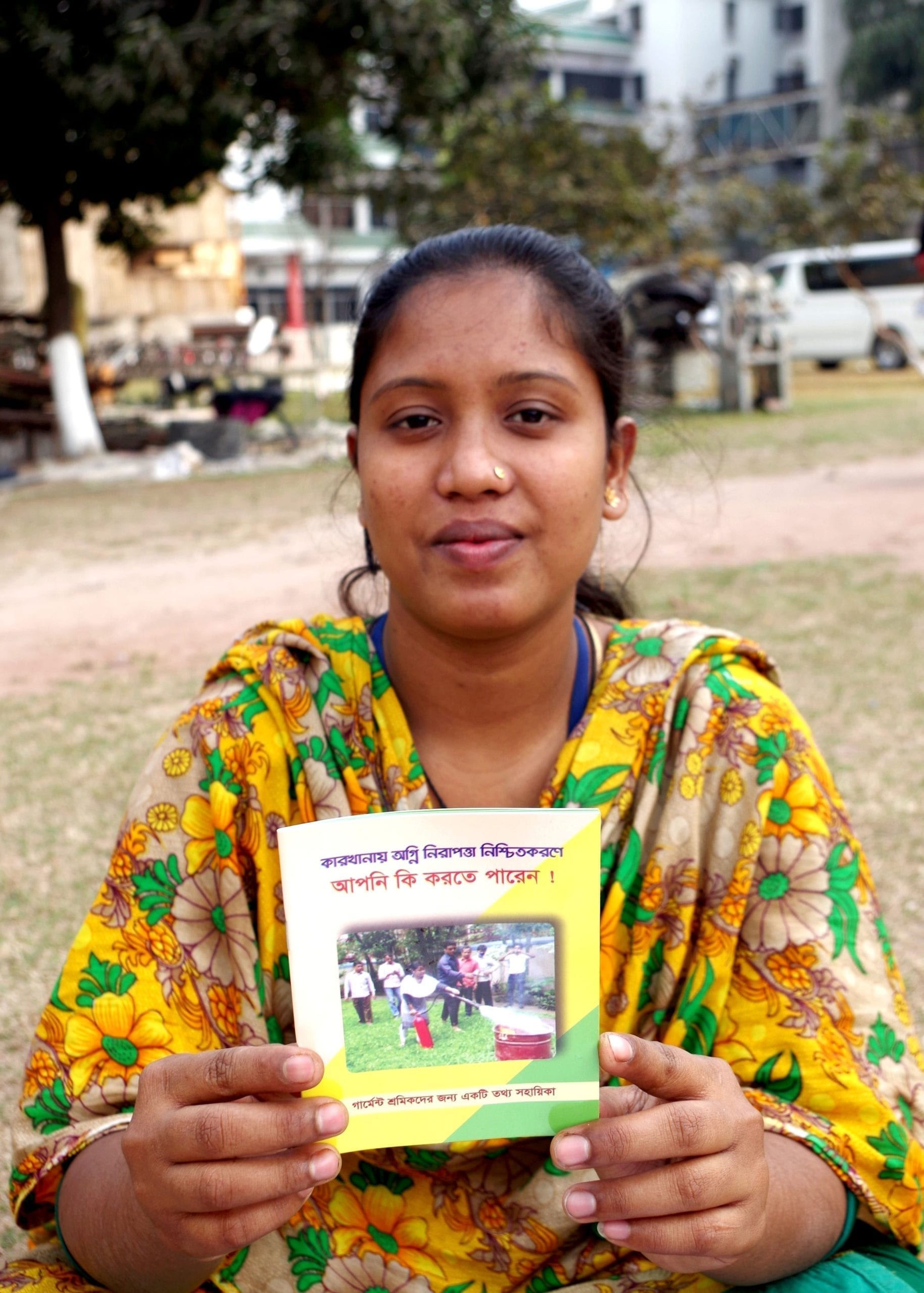 To learn more about how Bangladesh garment workers are organizing for their right to safety, visit www.solidaritycenter.org .