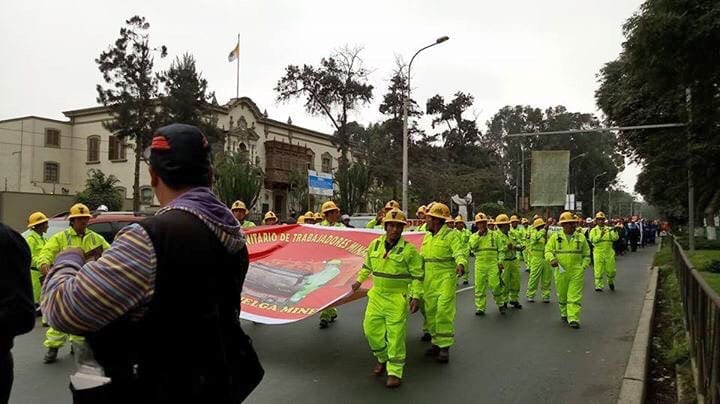 Mine workers from 56 unions in Peru started an indefinite, nationwide strike yesterday to protest the government’s proposed labor reforms, says Ricardo Juarez, secretary-general of the National Federation of Mining, Metallurgical and Steel Workers of Peru (FNTMMSP). Miners voted to approve the strike in May.

Juarez told Reuters that miners want President Pedro Pablo Kuczynski to drop proposed labor reforms that would loosen safety rules, make it easier to fire workers and shift the burden of paying into an unemployment fund to workers from employers. Kuczynski, who took office in July 2016, is a former investment banker and free-market proponent who has sought to attract investment since taking office.

Although workers in Peru are allowed by law to strike, the freedom to strike frequently is restricted. The government declared the mine workers’ strike out of compliance with legal requirements, as it does for most major strikes. The Mineworkers Federation is appealing the determination.

Peru is the world’s second-biggest copper producer and its largest mines are operated by major multinational corporations, including Southern Copper Corp., where 2,000 miners went on strike earlier this year for better medical care, an end to company surveillance of workers and the reinstatement of dismissed workers.