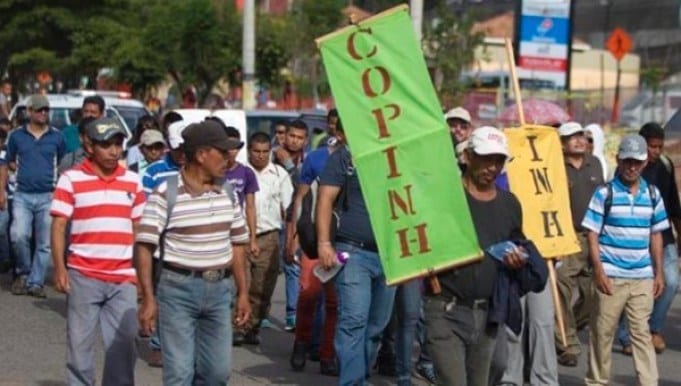 The murder of a second Honduran rights activist, Nelson Noé García this week, days after the assassination of Berta Cáceres, a globally recognized leader for indigenous rights and environmental justice, has widened international outrage and amplified demands for justice, security, respect for basic rights and an end to impunity for perpetrators.

The Center for International Justice and Rights strongly condemned Nelson’s murder. Marcia Aguiluz, CIJR director for Central America and Mexico, said it “proves that the spiral of violence against indigenous peoples fighting for their territories in Honduras remains with impunity.”

García, 38, a father of five, was a member of the Council of Indigenous and Popular Organizations of Honduras (COPINH), co-founded by Cáceres. Local media report that García received four gun shots to the face and suggest the attack followed the forceful eviction of at least 150 families in the village of Tilapia by military police. 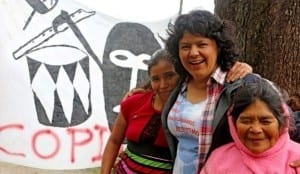 The same day as García’s murder, the president of Unified Campesino Movement of the Aguán, another indigenous group, was briefly arrested on questionable charges; Cristián Alegría, a campesino activist, was shot at; and David Romero, a journalist critical of the government, was sentenced to 10 years in prison. In addition, Gustavo Castro, a Mexican activist who witnessed Cáceres’s murder, has been prevented from leaving the country.

Targeted murders of human rights activists and union members have helped make Honduras one of the most dangerous countries in the world for human rights defenders.

Union activists are targeted to silence demands for economic justice, freedom of association and other basic rights. Over the past 12 months, the Solidarity Center has documented 13 cases of threats or violence against union activists, including the disappearance of Donatilo Jiménez in April 2015, the murder of Héctor Martínez Motiño in June, and repeated death threats against longtime Solidarity Center allies Tomas Membreno and Nelson Geovanni Nuñez Chávez, both of the Sindicato de Trabajadores de la Agroindustria y Similares (STAS) industrial agricultural workers’ union.

In the United States, more than 60 Congress members yesterday asked Secretary of State John Kerry and Treasury Secretary Jacob Lew to suspend aid to Honduras security until an international investigation into the murder of Cáceres.

The Inter-American Commission on Human Rights had mandated “precautionary measures” to protect Cáceres, Motiño and Jiménez—which were not borne out in practice. This week, 23 U.S. Congress members sent a letter to U.S. Secretary of State John Kerry urging the State Department to take concrete action to address the situation of activists in Honduras.

The AFL-CIO has expressed deep concern with human rights and sustainable development in Honduras based on the findings of an October 2014 labor delegation that met with labor and community organizations, the Honduran government and the U.S. embassy.