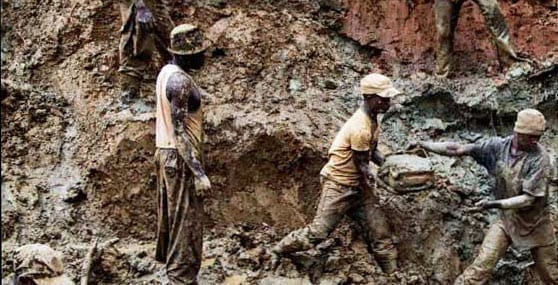 The following is crossposted from Equal Times.

According to ILO data, some 21 million people globally are victims of forced labor, generating approximately $150 billion each year. However, the hidden nature of this and other forms of extreme labor exploitation mean the true figures could be much higher.

By becoming the second country in the world after Niger to sign the UN treaty, Norway has ensured that the Protocol will be brought into force next November.

“Norway’s ratification will help millions of children, women and men reclaim their freedom and dignity,” said ILO Director-General Guy Ryder in a statement. “It represents a strong call to other member states to renew their commitment to protect forced laborers, where ever they may be.”

Renée Rasmussen, Confederal Secretary of the Norwegian Confederation of Trade Unions, said: “The world has changed dramatically since 1930, but in many societies the issues that Convention 29 was created to deal with are still unpleasantly current.”

Although 56 per cent (11.7 million), 18 per cent (3.7 million) and 9 per cent (1.8 million) of all forced labourers are found in Asia, Africa and Latin America respectively, the reach of modern-day slavery crosses countries, continents and sectors.

Workers in agriculture, fishing, manufacturing, domestic work and mining in the Global South are particularly vulnerable, while in advanced economies huge profits are generated from forced labor in supply chains.

“Our experience [in Norway] is that forced labor seems to appear together with social dumping and violations of the Working Environment Act (labor laws) and criminal activities,” Rasmussen explained.

The ILO recently joined forces with the International Trade Union Confederation and the International Organization of Employers to the promote the ratification of the Protocol, primarily through the 50 for Freedom campaign.

By mobilizing public support, it is hoped that 50 countries will ratify the Forced Labor Protocol by 2018. It the ultimate aim is universal ratification of Convention 29—as eight countries, including the United States and China are yet to do so—and the Protocol by 2030.

While various countries have expressed support for the campaign, a number of African countries appear to be taking the lead. Mauritania has started the legislative process to ratify the Protocol and last month the Zambian president Edgar Lungu signalled his country’s commitment to eliminate modern slavery.

“My country will lead by example in taking the necessary steps required towards ratification of the Protocol,” he told delegates at a regional ILO conference on trafficking and forced labour in the Zambian capital of Lusaka.

Speaking at the same conference, Cosmas Mukuka, Secretary General of the Zambian Confederation of Trade Unions explain why the ratification is so important.

Ahead of the International Day for the Abolition of Slavery, Urmila Bhoola, the United Nations Special Rapporteur on contemporary forms of slavery, called on states, business and civil society to intensify the fight against modern slavery in supply chains.

“Modern slavery is particularly difficult to detect beyond the first tier of complicated supply chains of transnational businesses,” she said.

“However, these forms of slavery can be rooted out through a multi-stakeholder and multi-faceted approach ensuring that all business operations and relationships are based on human rights, that those responsible for supply chain-related human rights violations are held accountable and that the victims are guaranteed the right to effective judicial and non-judicial remedy and appropriate and timely assistance aimed at empowering them.”