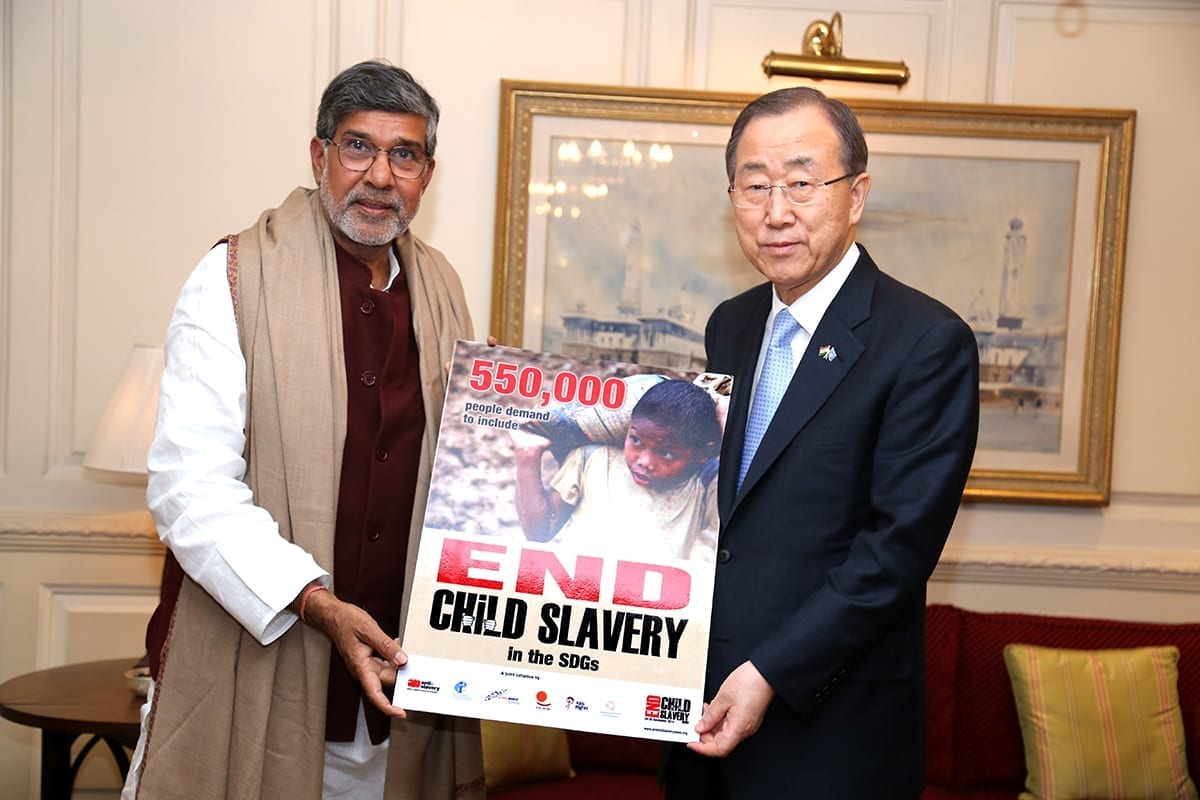 “The most shameful commentary of today’s society is that slavery still exists, and our children are the worst sufferers,” Satyarthi said in an address at the event. “There cannot be any excuse for this heinous crime against humanity. There must not be any delay in ensuring their freedom. We have to act now and create a future where all children are free to be children.”

Last November, the Global March Against Child Labor, a coalition of unions and child rights organizations in more than 140 countries, which includes the Solidarity Center, launched End Child Slavery Week, to focus on improving the Sustainable Development Goals. The centerpiece of the campaign involved collecting signatures for delivery to the UN secretary general.

The petition included the exact text for inclusion in the “Outcome Document” of the Open Working Group on Sustainable Development Goals:

“Take immediate and effective measures to eradicate forced labor, secure the prohibition and elimination of the worst forms of child labor including recruitment and use of child soldiers and child slavery, and, by 2025, end child labor in all its forms.”

Satyarthi, who in 1998 created the Global March Against Child Labor as part of his tireless efforts to end child labor, also discussed with UN officials at the event further steps for ensuring the rights of children globally. Satyarthi was awarded the Nobel Peace Prize in 2014 for his decades of often dangerous work in rescuing child laborers and providing them with safe havens.

It’s not too late to sign the petition. In the United States, the social mobilization organization CREDO partnered with the Solidarity Center to create a successful petition campaign.