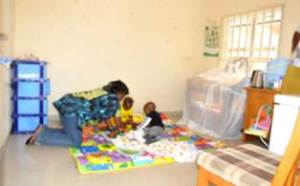 Since 1978, when the National Association of Nigerian Nurses and Midwives (NANNM) was formed, few women have been part of the professional trade union’s leadership—even though 80 percent of its members are female.

But in the past two years, union members have been working to increase the number of women leaders while establishing family-friendly policies that address issues such as child care during union meetings. By the end of 2012, the number of women holding state-level leadership positions in NANNM stood at 114, and the union now provides child care for nursing mothers at the union office in the capital, Abuja. NANNM also offers child care for nursing mothers who attend the union’s national meetings and training activities.

Ebiuwou Obiyai, who recently won the national financial secretary position at NANNM’s national office, described her election this way: “I want to create the awareness to our female comrades that this union belongs to all of us and we (women) can encourage effective leadership only if we decide to get involved in the affairs of our beloved NANNM.” Obiyai was one of five women who ran for nine open positions in November 2012. The elections marked a watershed in the history of the union elections—it was the first time such a sizeable number of female members voluntarily ran as independent candidates. Obiyai was one of two female candidates elected to the NANNM National Administrative Council.

In another milestone, NANNM held its first-ever National Gender conference in August 2012. Participants at the conference, held in Ibadan, Oyo State, included more than 140 female members. They created a National Women’s Committee with a five-member steering committee leadership and a mandate to support the first election of female officers in early 2013.

Underlying these successes is NANNM’s national gender policy, which has served as an effective tool for addressing some of the challenges hindering female members from involvement in union activities. Ever since the union’s National Executive Council adopted the policy in October 2011, gender activities have been included in the union’s budget. Members are pushing for an adoption of  a gender clause in NANNM’s constitution which will also create opportunities for more women in leadership. Lawal Dutsinma, the unions recent past president and NANNM President Abdulrafiu Adeniji, have actively supported these changes, which began in 2009 when the Solidarity Center launched a series of gender and leadership trainings for members. The trainings, which continued through 2012, led to creation of the gender policy.

Just a few years ago, NANNM’s gender desk office was staffed by one person. That office had no power, no clear budgetary allocation and no programs. NANNM’s 2008 national memorandum stated gender issues would be a priority. In practice, women were never encouraged to play an active role in the union’s leadership and child care was never discussed. Today, women have moved into elected positions in states like Lagos, Benue, Kaduna, Kogi,  Osun, Ekiti, Kano, Anambra, Bayelsa and Rivers States. Although the union’s gender power imbalance has not been completely resolved, these moves are powerful steps in the right direction.