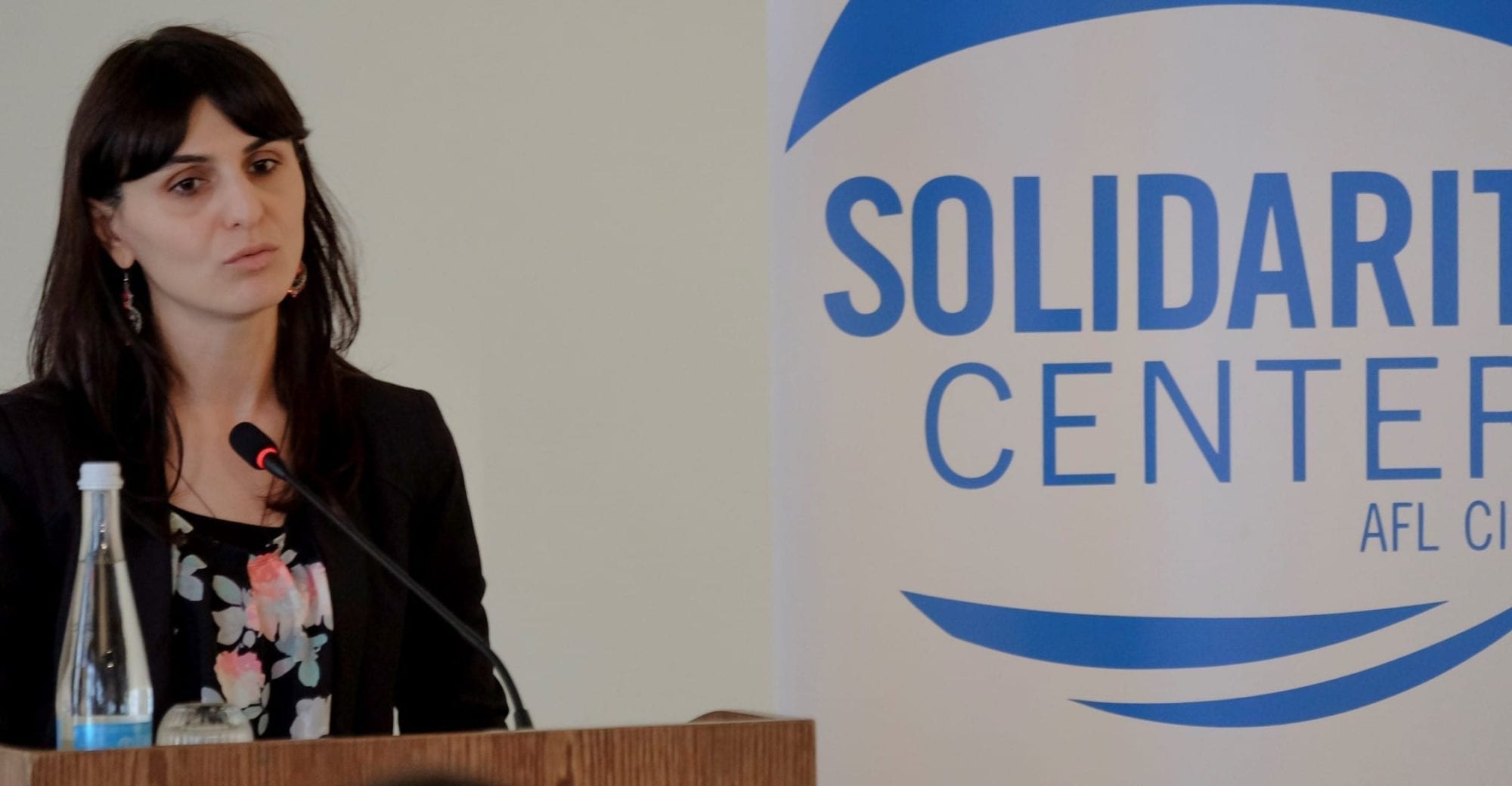 Three new Georgian books will help increase access to legal information and justice for workers and the organizations that represent them.

The titles, which compile international labor standards and norms and national laws into three volumes, were presented at a Solidarity Center book launch in Georgia last week.

Raissa Liparteliani, vice president of the Georgian Trade Unions Confederation (GTUC), said that the new books will solve the problem of lack of access to labor norms, which have not been available in a single source. President of the Construction Workers Union of Georgia—a GTUC affiliate—Marina Kurtanidze, added that the books will contribute significantly to GTUC labor law education programs.

The event was attended by trade union leaders, labor lawyers, representatives of the government and the Parliament of Georgia, employers’ associations, the international and diplomatic community, non-governmental organizations and academia, and was covered by several mass media outlets.

The books, available in Georgian only, include: Commentary on Labor Code of Georgia; Collection of Legal Acts Related to Labor and Trade Union Activities; Labor Rights of Public Servants.

In Georgia, the Solidarity Center works with trade unions to support their ability to engage effectively with employers and government representatives, in partnership with the GTUC, which represents 147,000 members and 19 affiliated unions. Amid intense political pressure, the GTUC maintains its independence as an advocate for worker rights and respect for all civil society partners. Read more here.