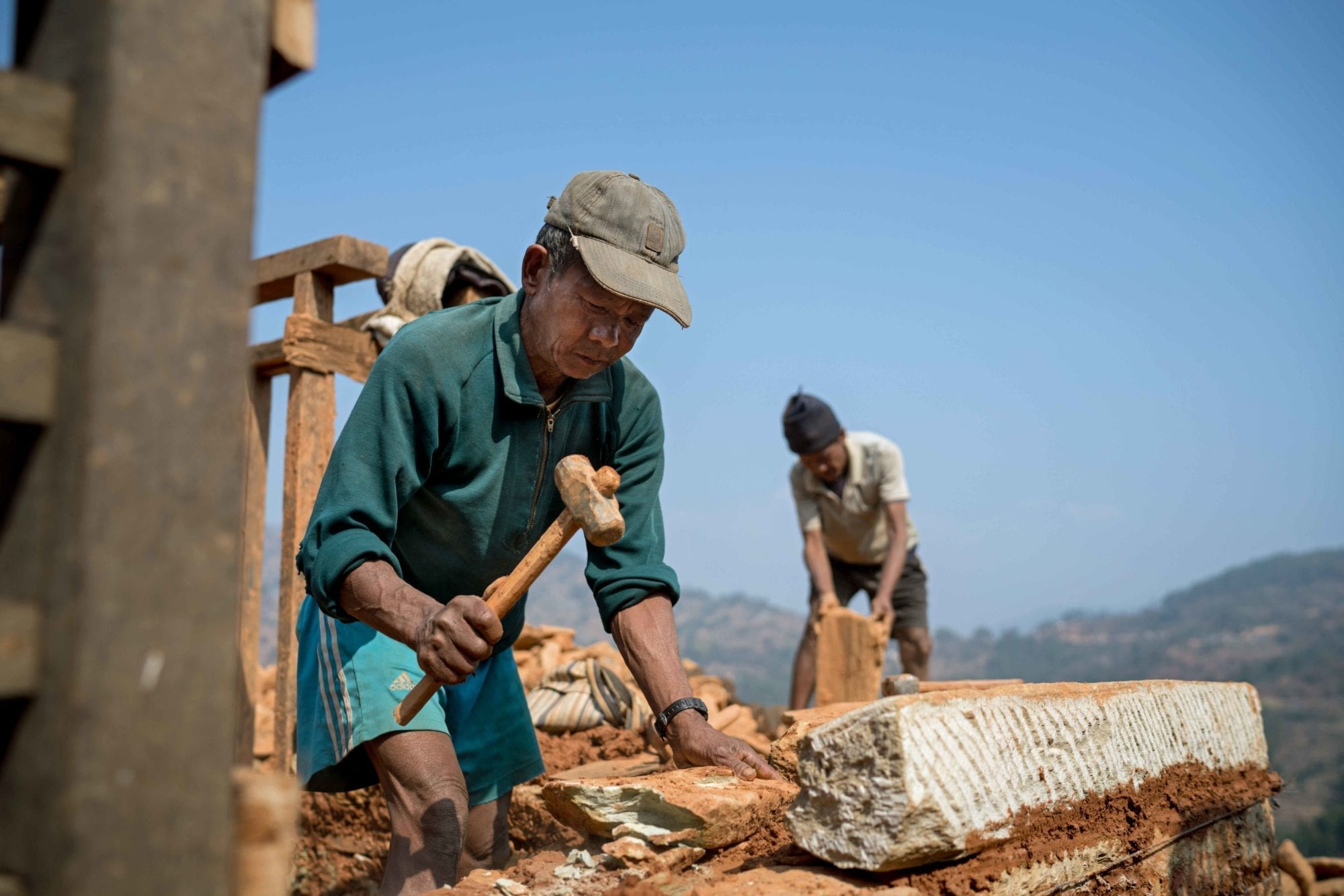 As Nepal rebuilds two years after a major earthquake killed thousands of people and displaced millions, the country has an opportunity to achieve more equitable economic development by laying the foundation for an environment that fosters good jobs that sustain long-term growth, according to a report launched today. 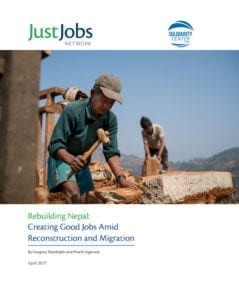 “Rebuilding Nepal: Creating Good Jobs Amid Reconstruction and Migration,” by JustJobs Network and the Solidarity Center, asserts that Nepal is at a unique moment when it can leverage the reconstruction process to protect worker rights, provide family-supporting wages and ensure that migration out of the country for work is a choice, not a necessity.

Years before the April 24, 2015, earthquake, workers in Nepal found it increasingly necessary to migrate for good jobs. Between 2008–09 and 2014–5, the number of annual registered migrants from Nepal more than doubled—from fewer than 220,000 to nearly half a million. Most workers migrate for jobs in low-wage sectors on short-term visas tied to a specific employer, often paying high recruitment fees. They often are unpaid, receive few benefits, suffer from injuries and disproportionate death rates, and are vulnerable to human trafficking.

“The primary reason for out-migration is the condition of Nepal’s labor market, which offers few decent work just job opportunities,” according to the report.

The country’s dependence on the remittances sent home by migrant workers has skyrocketed to the equivalent of 32.1 percent of the country’s gross domestic product, up from 11.2 percent in 2004—an unproductive model for the country’s long-term economic development, according to the report.

“Addressing the absence of decent jobs in Nepal by facilitating labor migration is unsustainable and ignores the contributions that workers can make to the rebuilding of their country,” said Timothy Ryan, Solidarity Center Asia regional program director.

“If Nepal is to transform its economy and create decent jobs for its people, workers—including migrant workers who have gained skills and experience abroad—must be at the center of the process.”

The report recommends developing innovative policy tools to harness the productive potential of migrant workers’ talents and resources for job creation in communities of origin.

Crucially, it highlights the importance of all levels of government “committing to the creation of jobs that reflect the pillars of the decent work agenda, including conditions of freedom, equality, security and dignity; fair wages; and social protection for workers and their families while also offering workers fair remuneration and scope for economic mobility.” Workers’ ability to freely form unions to have a voice in the job-creation process and beyond must be a fundamental element of a successful and sustainable reconstruction effort.