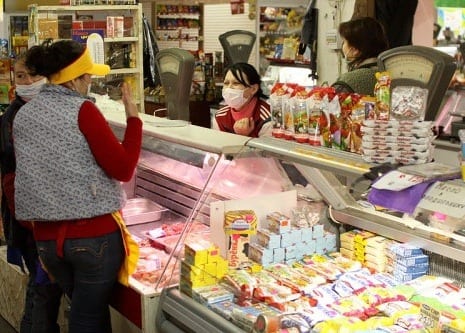 A new law in Ukraine means workers at small and medium size firms no longer have basic rights on the job. Credit: FTUU

In a significant assault on worker rights in Ukraine, President Volodymyr Zelensky last week signed into law legislation that deprives around 73 percent of workers of their right to union protection and collective bargaining.

“For more than 15 months, the Federation of Trade Unions of Ukraine, in solidarity with other trade unions, with support of the international community, actively opposed promotion of the anti-labor draft law,” the Federation (FPU) said in a statement.

The Confederation of Free Trade Unions of Ukraine (KVPU) stated, “KVPU will not tolerate a blatant violation of the rights of workers, their constitutional guarantees and international norms and standards.  We will continue the fight for workers’ rights.”

The law references “freedom of contract,” which the non-governmental organization Labor Initiatives says “provides ample room for employers to prescribe literally any provisions in a contract, while workers, desperate for jobs during a pandemic, will likely accept such provisions.” Labor Initiatives is a Solidarity Center partner that works closely with unions and other NGOs, analyzes labor laws and advocates for worker rights at the individual and national levels.

The law applies to Ukrainian companies with fewer than 250 workers, and is valid during martial law in Ukraine, but labor experts express concern that it may be extended.

The law, which amended the Labor Code of Ukraine, is the latest in a string of legislation targeting worker rights and the ability of unions to function freely. For the past two years, lobbyists have pushed laws in Parliament that reduce wages, limit the use of formal contracts that ensure workers have job stability and weaken their collective voice by targeting unions. Under the restrictions of martial law and the chaos of war, members of Parliament have passed many of these measures.

“Instead of having some greater protection of labor rights, greater protection of the people who are baking bread, washing dishes or cleaning the streets, since March we faced very regressive labor reform in Ukraine,” George Sandul, a Kyiv-based labor lawyer, said on the latest episode of The Solidarity Center Podcast, where he detailed the laws.

The global labor and human rights communities have widely rallied in support of workers and their unions in Ukraine, many taking part in an online campaign to oppose the legislation.

The FPU points out that in 2021, the European Parliament indicated as part of the European Union–Ukraine Association Agreement that Ukraine’s “measures to improve the business climate, attract direct investment and promote economic development cannot be implemented at the expense of limiting workers’ rights and worsening working conditions.”

With martial law prohibiting workers from public protest and strikes, the FPU, KVPU and other Ukrainian trade unions say they will challenge the law in Ukraine’s Constitutional Court, the International Labor Organization and other international and European bodies.

“We will also vigorously oppose dozens of other anti-labor and anti-union pieces of legislation that government lobbyists are trying to push through the Parliament,” the FPU says.