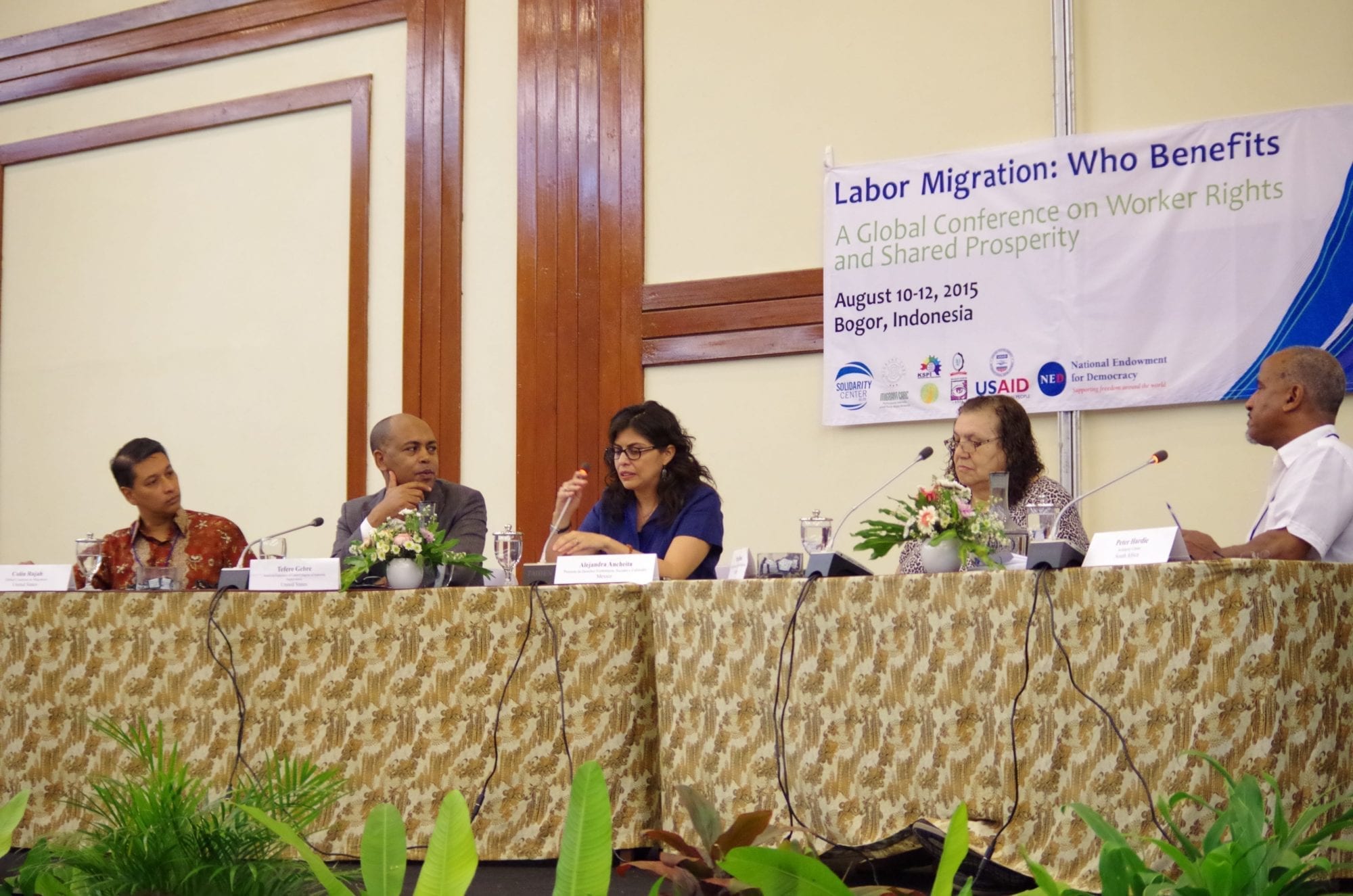 “Organizing campaigns that are led by migrant workers themselves are making the impossible possible,” says Tefere Gebre, AFL-CIO executive vice president, succinctly summing up the discussion that opened the second day of the conference Labor Migration: Who Benefits?

“When workers come together, it doesn’t matter if you are a native or a migrant. If we don’t protect work for migrant workers, all workers are threatened.” 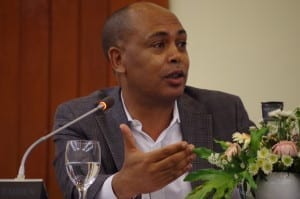 Gebre joined panelists at the session on Migrant Worker Voice, Activism and Organizing, part of the August 10–12 Solidarity Center conference on labor migration in Indonesia.

He discussed how U.S. unions are partnering with migrant worker rights groups to win collective bargaining agreements and further empower workers, a strategy that Alejandra Ancheita, executive director of ProDESC (Project for Economic, Cultural, and Social Rights), a Solidarity Center ally, says is key to success in Mexico where she works.

Ancheita, winner of the prestigious international Martin Ennals Award for Human Rights Defenders, discussed how U.S. and Mexican labor rights organizations are working in a cross-border justice alliance to support seasonal workers in the northern state of Sinaloa.

“That has given birth to an organization of seasonal workers that includes a profound analysis of the legal framework in both the United States and Mexico that they can use in defense of their legal rights.” 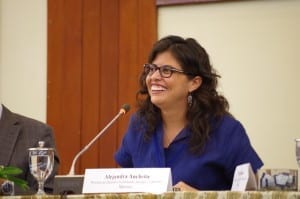 Alejandra Ancheita is director of the Mexico-based ProDesc, which organizes workers before they migrate so they know their rights. Credit: Solidarity Center/Kate Conradt

Key to migrant worker empowerment, Ancheita says, is organizing workers and educating them about their rights before they leave the country.

“When migrant are organized in their countries of origin, they are empowered to stand up for their rights in the destination countries,” she says. “This organizing among workers in their origin countries also helps workers have a more global perspective and more of a strategy for defending their rights.”

Myrtle Witbooi, president of the International Domestic Workers Federation (IDWF) and a former domestic worker, made the connection between organizing domestic workers and migrant workers, with both groups “undervalued, underpaid and exploited.”

“In the international domestic workers network, we have a policy to educate our domestic workers to understand they have legal rights in whatever country they are going to. As we grow, we can ensure that migrant workers are recognized. Our role is to spread this message to the world.” 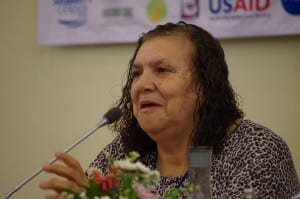 “We can ensure that migrant workers are recognized. Our role is to spread this message to the world.”–IDWF President Myrtle Witbooi. Solidarity Center/Kate Conradt

Witbooi, who last week was named a winner of the Global Fairness Initiative’s Annual Fairness Award, in 2013 accepted the AFL-CIO’s George Meany-Lane Kirkland Human Rights Award on behalf of the IDWF.

Rounding out the panel, Colin Rajah, coordinator and co-founder, Global Coalition on Migration, focused on the role of labor recruiters in the migration process.

The coalition, an open network of 90 members in 40 countries, brings together unions and human rights groups that agree the recruitment industry “is in dire need of fundamental changes,” says Rajah.

“As migrant workers, we need to take control of the process and do that in unity.”

Rajah says recruitment reform currently is not a high priority for the Global Forum on Migration Development (GFMD) this year, but he anticipates it will be in the next year or two and the coalition is working to ensure it is. The GFMD is a non-binding and government-led process open to United Nations member states and observers “to advance understanding and cooperation on the mutually reinforcing relationship between migration and development and to foster practical and action-oriented outcomes.”

More than 200 participants are taking part in Labor Migration: Who Benefits? A Solidarity Center Conference on Worker Rights & ​Shared Prosperity.