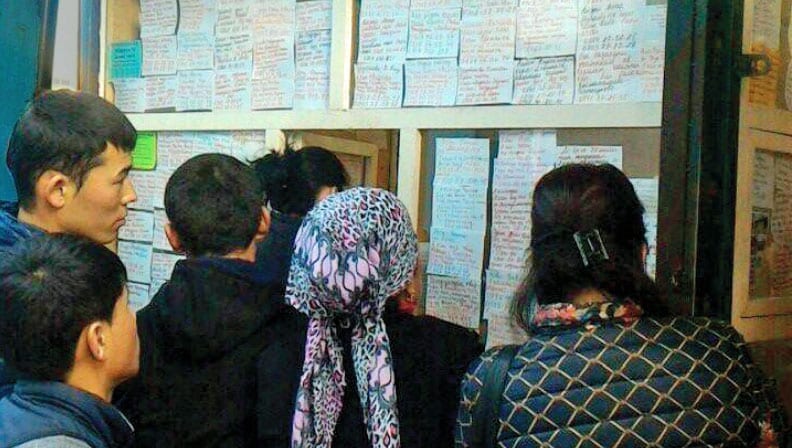 Workers who migrate from Kyrgyzstan to Kazakhstan for jobs often do not receive their wages, are forced to work in unsafe and abusive conditions and even are kidnapped and held against their will in forced labor, according to a new report.

“Invisible and Exploited in Kazakhstan” also found that children are forced to labor, with young girls between ages 12 and 17 working as nannies, and boys working in markets and on farms. The report is based on the findings of a series of missions by the International Federation for Human Rights (FIDH) and its partners from September to November 2017 in Kyrgyzstan and Kazakhstan. The Solidarity Center contributed extensively to the report.

“The right to freedom of association is a core principle of human rights and worker rights, including when workers are migrating for jobs,” says Lola Abdukadyrova, Solidarity Center program coordinator. Abdukadyrova spoke yesterday at a press conference in Bishkek, Kyrgyzstan, where the report was released. 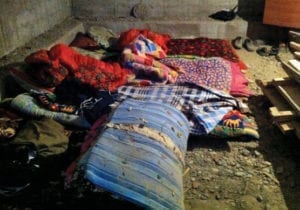 Bedroom of five migrant workers in the basement of a construction site in Kazakhstan, November 2017. Credit: FIDH

Between 100,000 to 150,000 Kyrgyz were registered in Kazakhstan at the end of 2017, figures that do not reflect many who are not registered. Most work without written contracts or on contracts that do not adequately protect their rights. Their passports typically are confiscated, making it difficult for them to leave abusive employers, and they have no access to labor protections like safe working conditions and paid leave.

“The lack of labor agreements entails forced labor and even slavery,” says Aina Shormanbayeva, speaking at the press conference, which drew nearly two dozen reporters. Shormanbayeva is president of the Legal Initiative, a Kazakhstan-based public foundation.

Some 81,600 workers were victims of forced labor in Kazakhstan in 2016, according to estimates by the nonprofit Walk Free Foundation, with migrant workers from Kyrgyzstan, Tajikistan and Uzbekistan forced to labor in agriculture, construction and the extraction industry.

While some one-third of all migrants were women two to three years ago, the report finds women now comprise half of migrant workers. Women are especially vulnerable, facing gender-based violence in agricultural fields and in employers’ homes when working as domestic workers. They may lack medical care while pregnant and often are fired when employers learn of their pregnancy.

Says one woman migrant worker: “I work as a janitor from 9 a.m. to 9 p.m., and when there are banquets, until 3 a.m. or 4 a.m. Lunch breaks are 30 minutes maximum. There are no days off. I work every day. Some people can’t prove anything when they don’t get paid because nothing is documented. One woman worked at a car wash, they told her they didn’t have money and so they didn’t pay her. This happens to many people.” 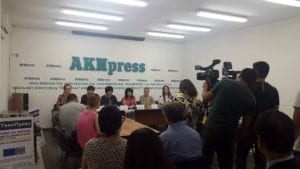 “Kazakhstan has not taken effective measures to prevent, investigate and prosecute persons involved in providing illegal intermediary services, and has not ensured effective legal protection for the victims,” the report states. Kazakh authorities argue that it is not their responsibility to protect migrant workers, and that protection of migrant workers is the responsibility of Akims (heads of regional or local authorities).

Kazakhstan was recently rated one of the 10 worst countries for workers by the International Trade Union Confederation (ITUC). Union leader Larisa Kharkova was sentenced in 2017 to four years of restrictions on her freedom of movement, a ban on holding public office for five years and 100 hours of forced labor on false charges of  embezzlement. Kharkova led the Confederation of Independent Trade Unions of Kazakhstan, which was ordered closed by a court ruling. Independent trade unions in Kazakhstan face ongoing attacks on freedom of association and basic trade union rights.

Over the past five years, the Solidarity Center in Kyrgyzstan has worked extensively to advance migrant worker rights, including holding awareness-raising campaigns for potential migrants and their families; supporting a hotline on labor migration issues; and assisting unions in protecting and promoting migrants’ worker rights.