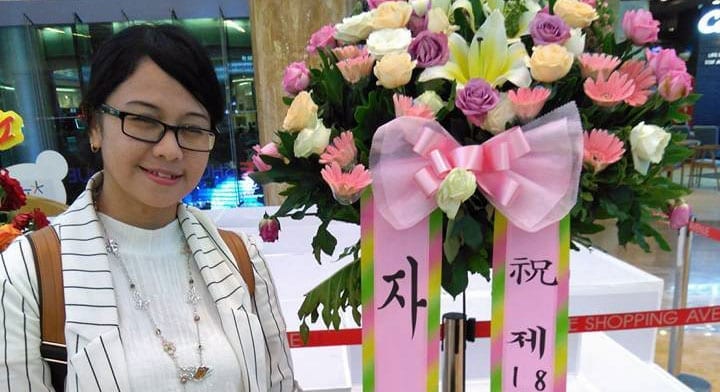 After spending seven years in Jordan as a domestic worker, Suryanti sought to return home to Indonesia to see her family. But her original employer, whom she left under duress, had confiscated her passport and would not give it back, leaving Suryanti in legal limbo as she tried to leave the country.

Securing a new passport required months of court filings and, ultimately, four-and-a-half-months in a detention center in Amman before Suryanti was allowed to leave the country. While confined, officials took her mobile phone, and she had no means to initiate communication with anyone.

“I didn’t know how long I would be there,” Suryanti says, describing her months in detention. “I was frightened.” 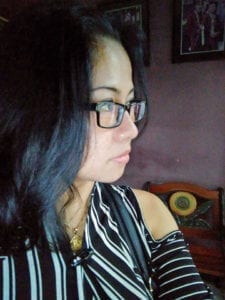 With few legal rights in Jordan, domestic workers like Suryanti, 32, have been trying to improve the lives of migrant domestic workers with education, awareness training and legal aid through the Jordan Domestic Workers Network. Some 400 domestic workers have benefited from the network’s services, including 180 members from Bangladesh, Ethiopia, Ghana, Indonesia, Kenya, Philippines and Sri Lanka. Suryanti, one of the founding members, says she has helped some 200 Indonesian migrant domestic workers take part in network activities, a task she undertook “because we have the same problems.”

Formed in 2014, the network is the first organization to bring together migrant domestic workers in the region, where countries typically prohibit migrant workers from forming or joining formal trade unions and negotiating with employers to improve wages and working conditions. Through the network’s partnership with the International Domestic Workers Federation (IDWF), migrant workers also are connected with IDWF affiliates in some countries of origin. A key draw for domestic workers is the legal clinic with the Adalah Center for Human Rights Studies.

Jordan and other Middle Eastern countries operate under a kafala system, in which worker visas are tied to a particular employer, essentially inhibiting workers from reporting abuse and denying them the ability to change jobs. Employment contracts can only be terminated if both parties agree, if the duration of the contract has expired, or if the worker dies or is no longer capable of working due to a disease or disability certified by a medical authority. In practice, this means workers seeking to leave abusive employers often cannot get their permission and so are forced to seek employment elsewhere, without their passports.

Further, employers are responsible for annually renewing the work and residency permits of their employees, yet migrant workers are required to pay fines—$64 per month, nearly half the monthly salary of many workers—when employers do not renew the permits and they expire.

Migrant Domestic Workers Vulnerable to Abuse on the Job

Migrant domestic workers from Indonesia and elsewhere not only are at risk of having their passports confiscated by employers, but often endure overwork and physical abuse, isolated in their employers’ homes.

A first-ever nationwide survey of Indonesian migrant workers by the World Bank gives a glimpse into the working conditions of all migrant domestic workers in the Middle East. The 2017 survey found some 26 percent of Indonesian migrant domestic workers in the region endure long working hours, 52 percent do not receive any days off, and 88 percent are not paid for overtime work. Suryanti says she left her first employer’s house after three months because in addition to cleaning the house, she was forced to clean the houses of the employer’s mother and sister, and was never allowed to rest.

Between 440,000 and 540,000 migrants work in Jordan, according to the International Labor Organization (ILO). More than 9 million Indonesians work abroad—nearly 7 percent of Indonesia’s total labor force (only China and the Philippines send more workers abroad). Roughly 40 percent are domestic workers and caregivers, and each year this predominantly female migrant workforce contributes 51 percent of total remittances sent to Indonesia.

Migrant workers also are at risk when they connect with unscrupulous labor brokers who make false promises about wages and working conditions. Suryanti says a labor broker in Indonesia told she would get a job abroad working in an office for $250 a month. Instead, she was forced to toil as a domestic worker for $150 a month. “I didn’t know I would be domestic worker,” she says.

Suryanti ultimately worked for several employers, most of whom abused and overworked her, and often would not pay her.

Now working as a cook and translator for an employee of a Middle Eastern embassy in the Indonesian capital, Suryanti is connecting with migrant workers and the Indonesian Migrant Workers Union (SMBI), where she plans to continue her efforts ensuring those working in isolation have the power of solidarity.