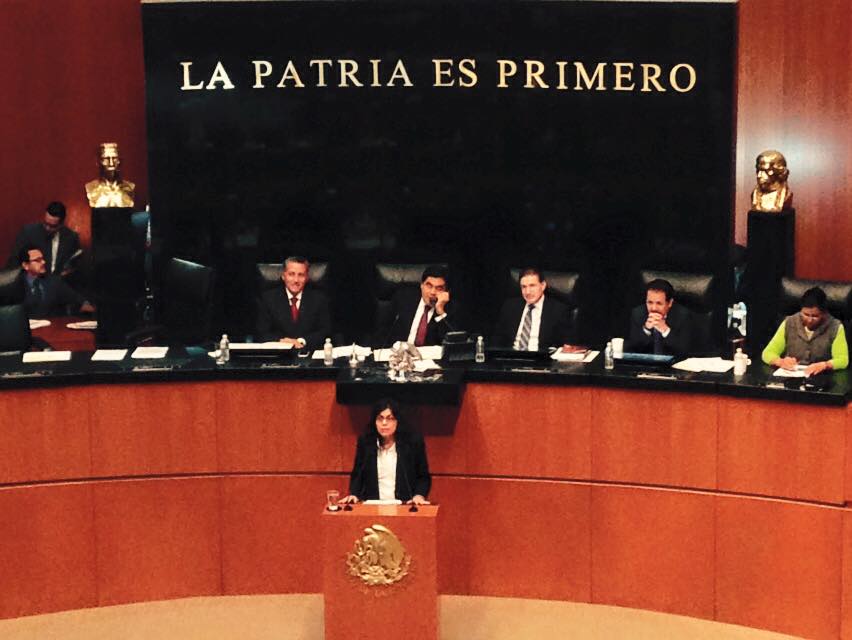 Alejandra Ancheita, founder and executive director of the Mexico City-based ProDESC (Project for Economic, Cultural and Social Rights), was recognized this week by the Mexican Senate, where she discussed the urgent need to address human rights in the country.

Ancheita told the Senate that torture and enforced disappearances are the country’s most serious problems and cited 242 documented attacks against female human rights defenders in 2013. In 95 percent of the cases, the perpetrators have not been brought to justice, she said. She went on to recommend that the Senate’s Human Rights Commission convene a committee to observe the situation involving alleged violations of farmworkers rights in Baja California.

Last year, Ancheita won the prestigious international Martin Ennals Award for Human Rights Defenders for her courage and tireless search for new ways to advance the rights of some of the most vulnerable workers in Mexico, including mine workers, migrant workers, child laborers and agricultural workers.

Ancheita, a Mexican lawyer and activist who leads the fight for the rights of vulnerable and excluded workers, migrants, communal landowners and indigenous communities, founded ProDESC in 2005. ProDESC is a longtime Solidarity Center ally whose work includes a campaign seeking justice for communal landholders in Ejido La Sierrita, Mexico, whose agreement with an international mining interest has been repeatedly violated by the company.