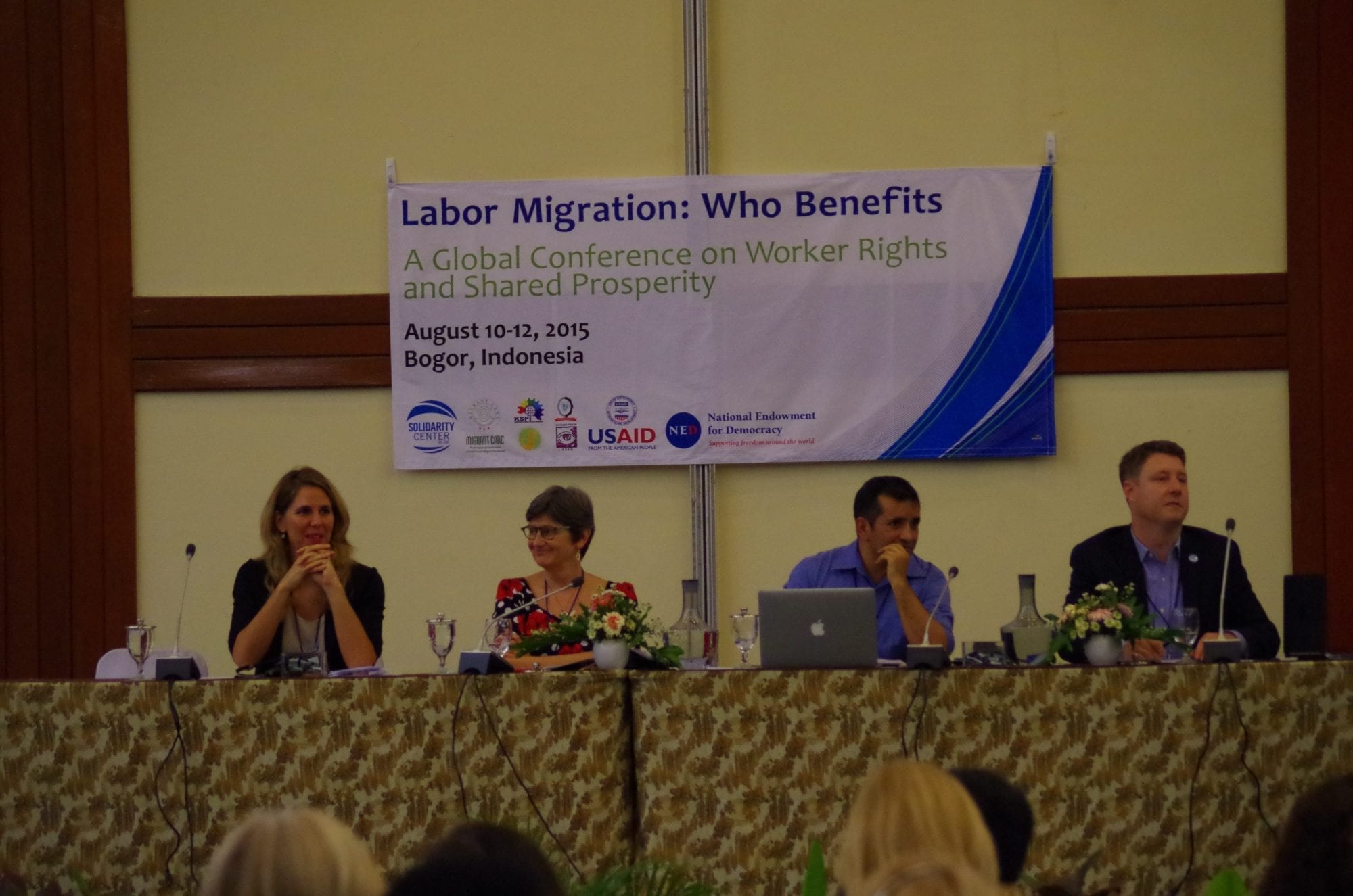 “The most important point is that migrant workers pay the price,” he said. In fact, Asia has more than 70 percent of global vulnerable workers—nearly 1 billion. 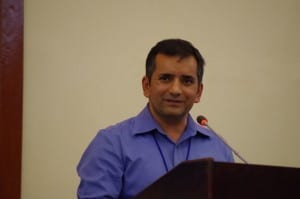 “The story takes place in the intricate network of supply chains,” Pandita says. Global supply chains account for 80 percent of global trade, and Asia accounts for 50 percent of that portion.

“The systematic marginalization of migrant workers is a crisis for democracy.”

Panel moderator John Hosinski, Solidarity Center senior program officer for Africa, defined precarious work as characterized by low wages, unstable employment and is legally ill-defined, which leads to the exclusion of workers from laws that enable them to form unions and gain power to achieve decent work.

Describing the years of apartheid South Africa, Jane Barrett, affiliate support coordinator, Congress of South African Trade Unions (COSATU), pointed out that apartheid was based on large-scale, cheap labor, control of internal migration and short-term contracts with no economic or social rights for all black workers.

Barrett described the efforts of COSATU and its affiliates to organize and support migrant workers, including the Food and Allied Workers Union’s focus on organizing migrants in cross border trade and the National Union of Mineworkers’s campaign for permanent residency of migrant workers.

A fundamental part of empowering migrant workers, Barrett says, is first educating union members in a federation-wide awareness campaign, one that involves challenging assumptions and providing a new way of seeing migrant workers.

Closing the session, Alison Friedman, vice president of the Global Fund to End Slavery, challenged participants to successfully convey the economic argument for migrant worker rights as well as the moral argument. Friedman said companies that are leaders in providing decent work for migrant workers say they do so because it helps their bottom line—workers who earn a living wage in safe and healthy workplaces are much better workers.