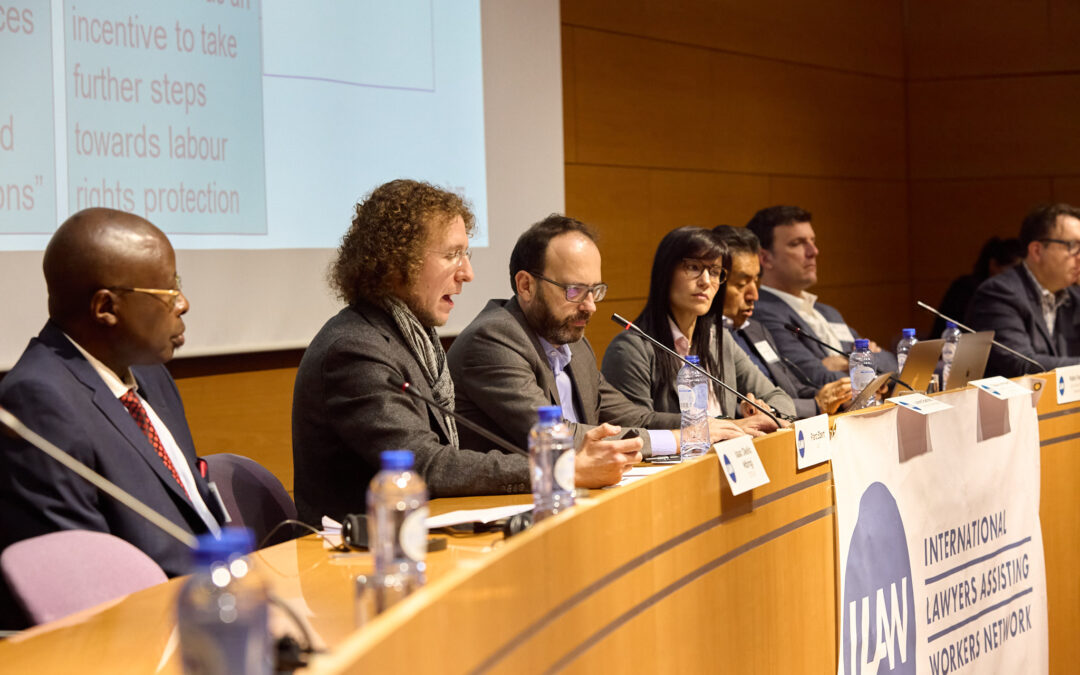 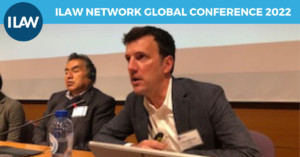 With a focus on the United States-Mexico-Canada Agreement (USMCA), Eric Gottwald and Pablo Franco opened the panel on Trade and Labor Law Developments by describing how the 2020 agreement benefits workers.

The USMCA’s Rapid Response Mechanism was a game-changer, said Gottwald, an attorney at the AFL-CIO. The mechanism addresses freedom of association and collective bargaining violations down to the company level.

“Anyone can file a claim against a specific facility and there is an investigation and remedy that reach down to company level in way trade agreements never had before,” he said. 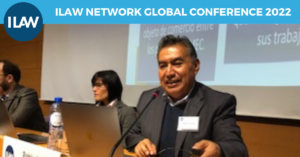 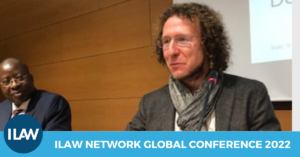 Since 2016, forced labor has increased globally from 25 million to 27 million people, with the majority in the private sector as state-imposed forced labor has decreased, said Franz Ebert, from the International Labor Organization (ILO).

“Forced labor is a structural phenomenon to exploit workers,” he said. Concentrated corporate power and ownership, outsourcing, governance gaps and irresponsible sourcing practices combine with poverty, discrimination and limited worker rights protections so that it is clear forced labor does not occur randomly but can be traced to root causes.

Ebert reviewed western countrie’s efforts to include forced labor bans in treaties, including the European Union which is proposing a Forced Labor Trade Ban that would prohibit sale of all goods made with forced labor: imported goods, goods for export and EU goods for domestic consumption Implementation would be entrusted with member states authorities.

In the United States, Ebert noted that application of the U.S. Forced Labor Clause is increasting traction, with 43 forced labor enforcement actions between 1991 and 2018 and 32 between 2019 and 2021. 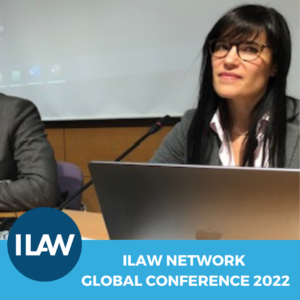 Bartels, a professor of international law at Cambridge University, compared the U.S. and EU approaches to blocking goods made by forced labor through trade, with an eye to WTO approval of such bans.

After outlining a series of options for worker rights advocates seeking to pursue trade bans on goods made with forced labor through the WTO, Morgandi concluded that citing a authoritative outside source is likely the most effective option.

“ILO body determines goods are made with forced labor, you show the measure, and your measure is ipso facto justified,” she said.

Closing out the panel, Isaac Okello Mbingi from the Central Organization of Trade Unions–Kenya, described how the new continent-wide African free trade agreement (African Continental Free Trade Area) covers a market of 1.2 million people in countries with a combined GDP of $3 trillion—yet does not include labor protocols to protect worker rights. The agreement will be difficult to modify, he said, but the process must start with educating unions and their members on how trade agreements impact worker rights.