Maina Kiai presented his report to the United Nations in October 2016 in his capacity as Special Rapporteur on the Rights to Freedom of Peaceful Assembly and of Freedom of Association (May 2011 - April 2017). Credit: UN 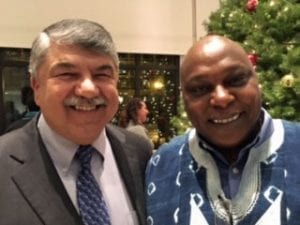