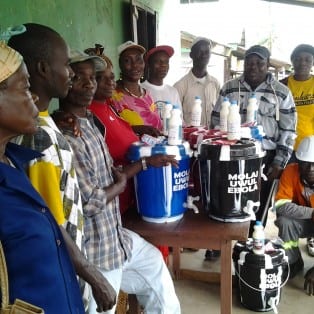 The National Health Workers Union of Liberia (NAHWUL) warns that healthcare workers and other citizens are at increased risk as President George Weah’s increasingly unpopular administration continues to shed public-sector jobs—including 448 healthcare workers last month—even as the COVID-19 pandemic gathers steam. As of April 5, 2020, Liberia is reporting 13 confirmed cases and three deaths, which NAHWUL says includes one healthcare worker’s confirmed diagnosis and the death of another.

“This is no time to reduce medical capacity, especially during a global pandemic,” said NAHWUL Assistant Secretary-General, Deemi T. Dearzrua, adding that the union is concerned not only about the livelihoods of its members and their dependents, but the lives of citizens needing medical care.

NAHWUL reports that 448 of its members—or almost 4 percent of the union’s membership—last month were forced to leave their jobs and accept a pension without the legally-required notice period and even though they did not meet the criteria for forced retirement. Under the law governing public sector workers in Liberia, workers are entitled to three-months’ notice and are not eligible for compulsory retirement until age 65 or completion of 25 years’ service. Those who lost their jobs include doctors, nurses and pharmacists.

“Nobody knew the jobs were gone until our pensioned-off members called to inquire about their unpaid February pay,” said Dearzrua, adding that the union needs government to communicate with NAHWUL about changes affecting its members.

NAHWUL says the capacity of its remaining members is also at risk because they are being expected to report for work without adequate personal protective equipment (PPE), training on how to safely treat contagious patients or government-provided COVID-19 information. During the 2014-2016 Ebola outbreak, Liberia lost 8 percent of its doctors, nurses and midwives to Ebola. A 2015 WHO survey found that healthcare workers in three West Africa countries were between 21 times and 32 times more likely to be infected with Ebola than people in the general population.

The Liberian government has not paid many public-sector workers’ February and March salaries, including those of healthcare workers, whose salaries were reduced last year under a so-called wage harmonization program. The salary-reduction program, which the government claims was necessitated by loan conditions imposed by the International Monetary Fund (IMF), last year led to strikes by teachers, healthcare workers and others.

In Liberia, the Solidarity Center supports NAHWUL’s advocacy for bargaining rights, conducts basic trade union training for its members and educates healthcare women workers about gender issues and their rights.