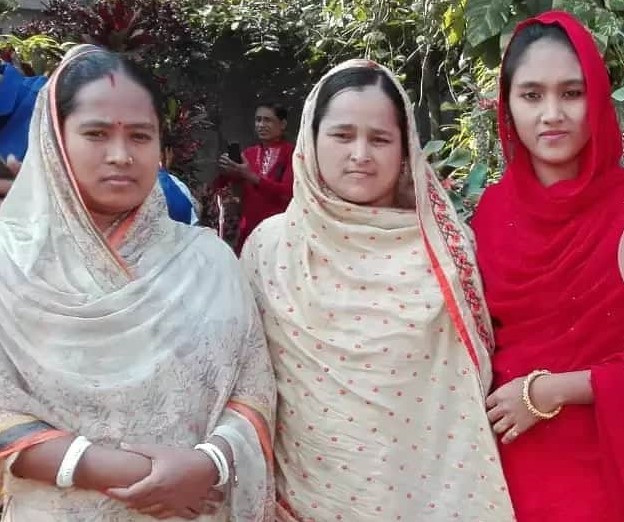 Rehana Begum (center) is among 130 garment workers who joined with her co-workers to demand compensation after being laid off. Credit: Shumon Ali 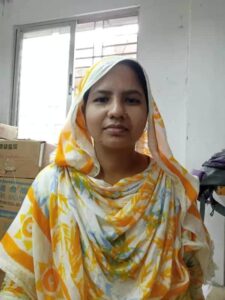 Maksuda: “When we united together, management had no choice.” Credit: Shumon Ali

Because all 130 retrenched workers had worked at the factory less than a year, the company was not required by law to provide them with compensation after they were laid off. Yet all the workers received between $150 and $315, a major achievement that Maksuda, one of the factory workers who took part in the action, says resulted from unity and collective action.

“I did not think we would get it, but when we united together management had no other choice. I am quite happy with the money I have received.”

The Talisman Limited factory workers are among tens of thousands of Bangladesh garment workers who have lost their jobs because of declining clothing orders worldwide following outbreak of the COVID-19 pandemic. The government reports that 29,369 garment workers have been laid off, but union leaders say the numbers are much higher.

Garment Workers Stand Together to Win Pay after Country-wide Layoffs

Workers and unions have been taking action at factories around the country in response to layoffs, and in many cases have blocked traffic or halted work to have their demands met. Overall, Bangladesh has lost more than $3.18 billion in orders since April and the start of COVID-19, according to the Bangladesh Garment Manufacturers and Export Association.

Maksuda, like the other retrenched factory workers, received her layoff notice by text message. Desperate to support her family, she joined with Farida, Tania and 11 other laid-off garment workers to contact the Solidarity Center for assistance.

The Solidarity Center legal team advised each worker to seek one month’s basic pay as compensation, along with a festival bonus. The next day, the leaders organized all the retrenched workers and went to the factory, but they found the factory gates locked and no management in sight, so they proceeded to the Dhaka Export Processing Zone to demand payment. In the process, they set an example of the concrete gains collective action can achieve.

Talisman Limited employs some 1,200 workers, at least 70 percent of whom are women.