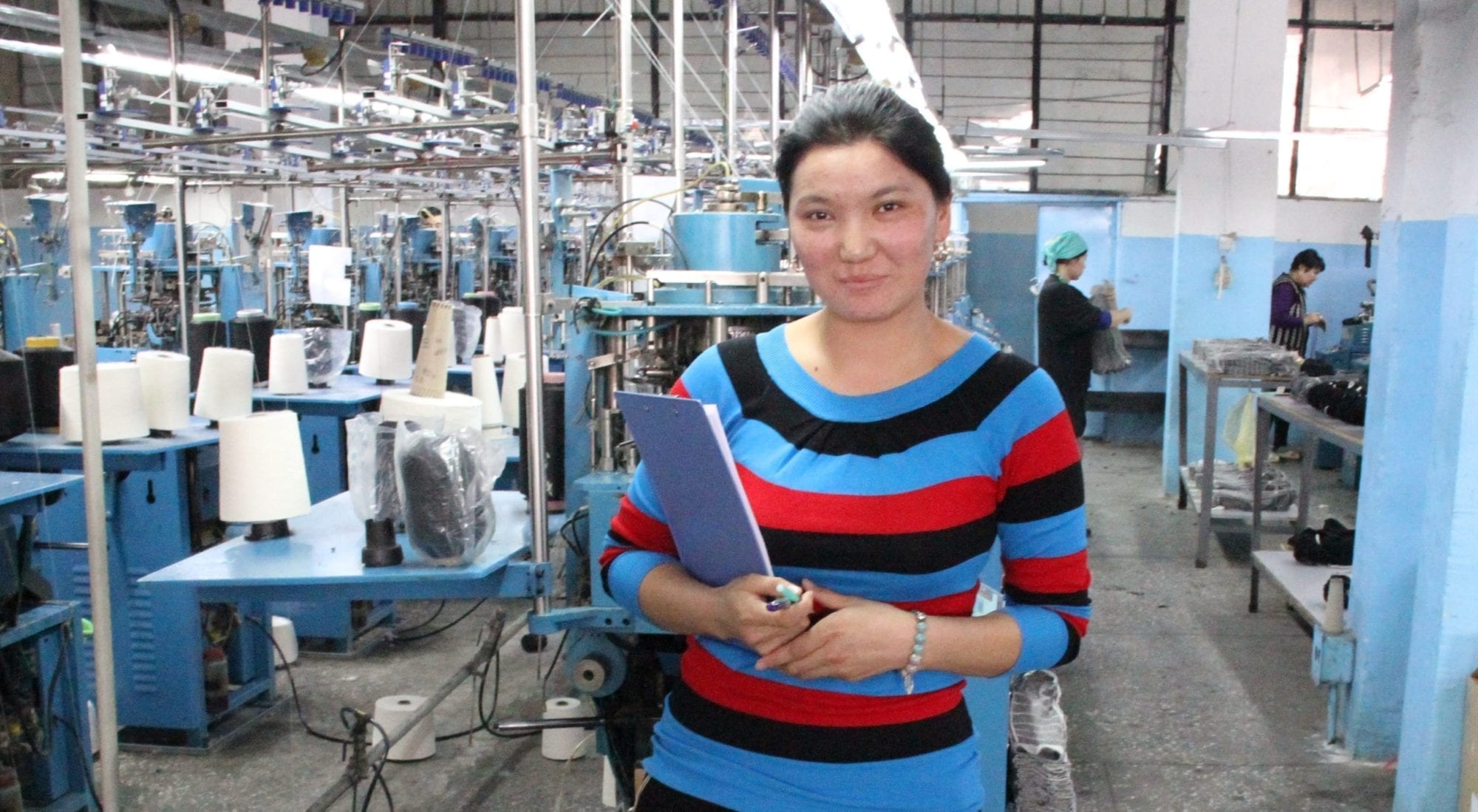 Young workers like Kymbat Sherimbayeva are standing up for their rights to decent work and collective bargaining. The Kyrgyzstan garment worker recently joined with some 200 co-workers, most of whom are between the ages of 18 and 25, to improve wages and safety conditions. With the help of trainings provided by the Garment Workers’ Union of Kyrgyzstan, with Solidarity Center support, workers at the factory formed a union, recognizing they could negotiate improvements with management much more effectively as a group than as individuals.