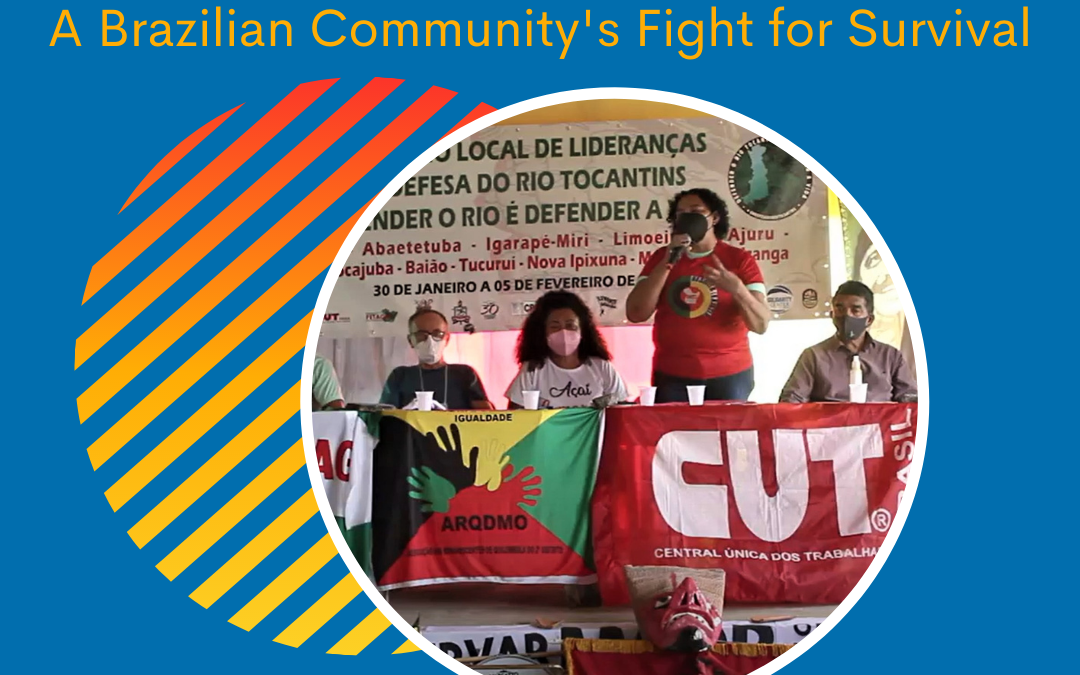 A community that makes its livelihood from the Amazon is standing up to the Brazilian government that, without consulting the people most affected, is on the verge of undertaking a blasting and dredging project along a river waterway that would destroy their livelihoods.

On this episode of The Solidarity Center Podcast, Carmen Foro, a rural activist and secretary-general of the Central Union of Workers in Brazil (CUT), describes how the community where she was born is demanding the government honor international treaties respecting Indigenous and Tribal People’s right to safeguard and manage the natural resources on their lands.

(Listen in English or Portuguese.)

“We know that if this hydro way is constructed, then it will bring with it agribusiness interests, monoculture, land conflicts, pollution, a lack of respect for the populations who live there,” Foro says.

Foro describes how a diverse coalition that includes representatives from the Quilombolo community, fishers, family farmers, youth, women and a range of grassroots groups formed the Caravan in Defense of the Tocantins River to raise awareness about the negative impacts of the waterway construction.

“We want public policies to preserve the river. And we believe this is the democratic way to build and preserve our rights. This is the way to ensure our future and our life.”

Listen to this episode and all Solidarity Center episodes here or at Spotify, Amazon, Stitcher or wherever you subscribe to your favorite podcasts.