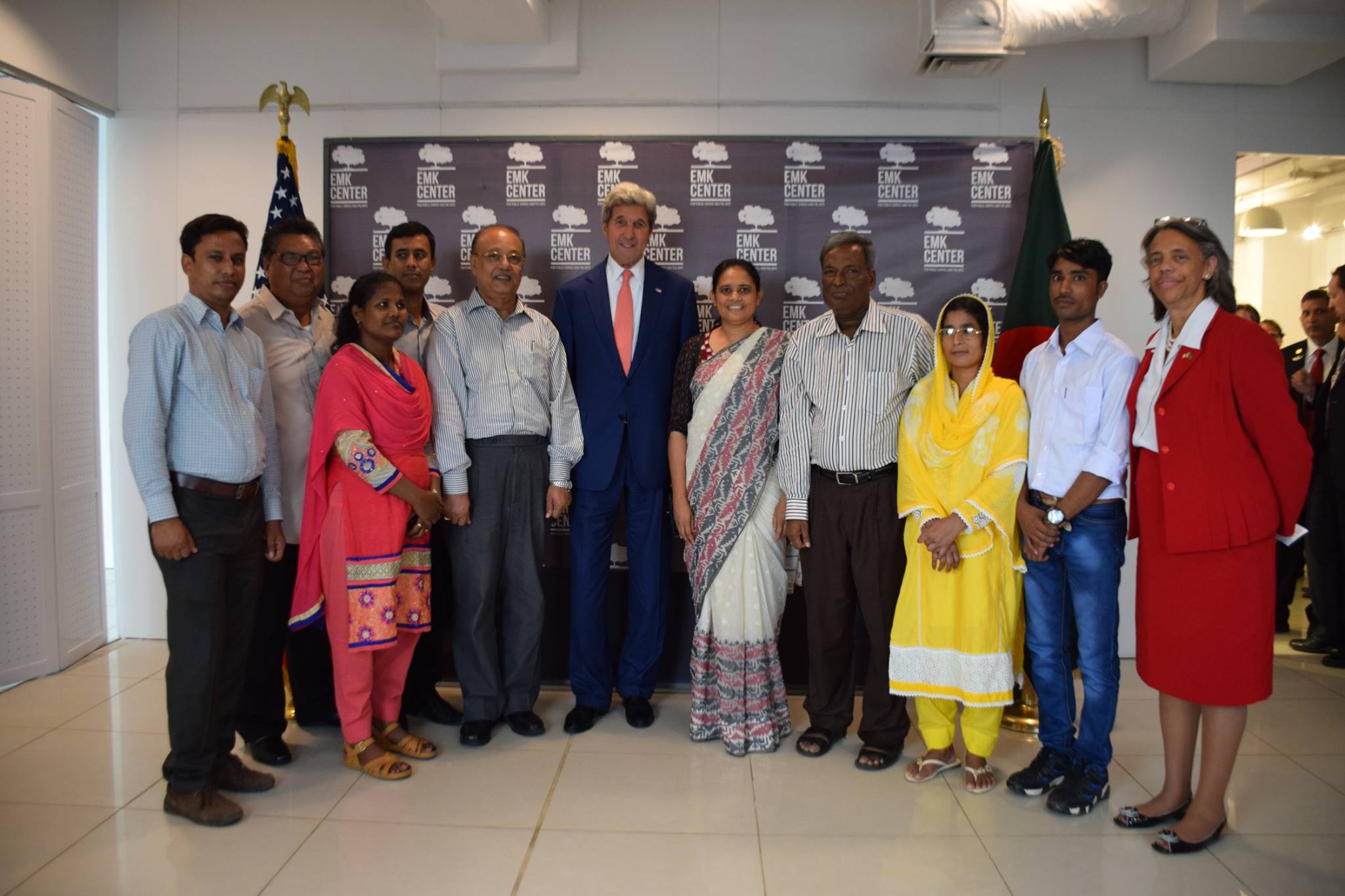 U.S. Secretary of State John Kerry met with leaders of Bangladesh garment unions recently in Dhaka, where he emphasized workers’ ability to freely form unions as key to workplace safety.

“Enhancing worker safety has to be paired with strengthening workers’ rights,” he told a group of 60 garment workers and allies.

“The fact is garment factories across Bangladesh actually could benefit enormously from empowering laborers, allowing them to form labor unions, affording them full collective bargaining rights, because no one should ever be compelled to work in hazardous or exploitative conditions. It’s really that simple.”

At the event, which took place at the Edward M. Kennedy center in Dhaka, the capital, Kerry drew parallels between the efforts of Bangladesh garment union leaders to empower workers and Sen. Edward Kennedy’s strong support for working men and women.

“Bangladesh cannot truly meet the aspirations of its people and share prosperity if its workers are not safe and their rights are not ensured.