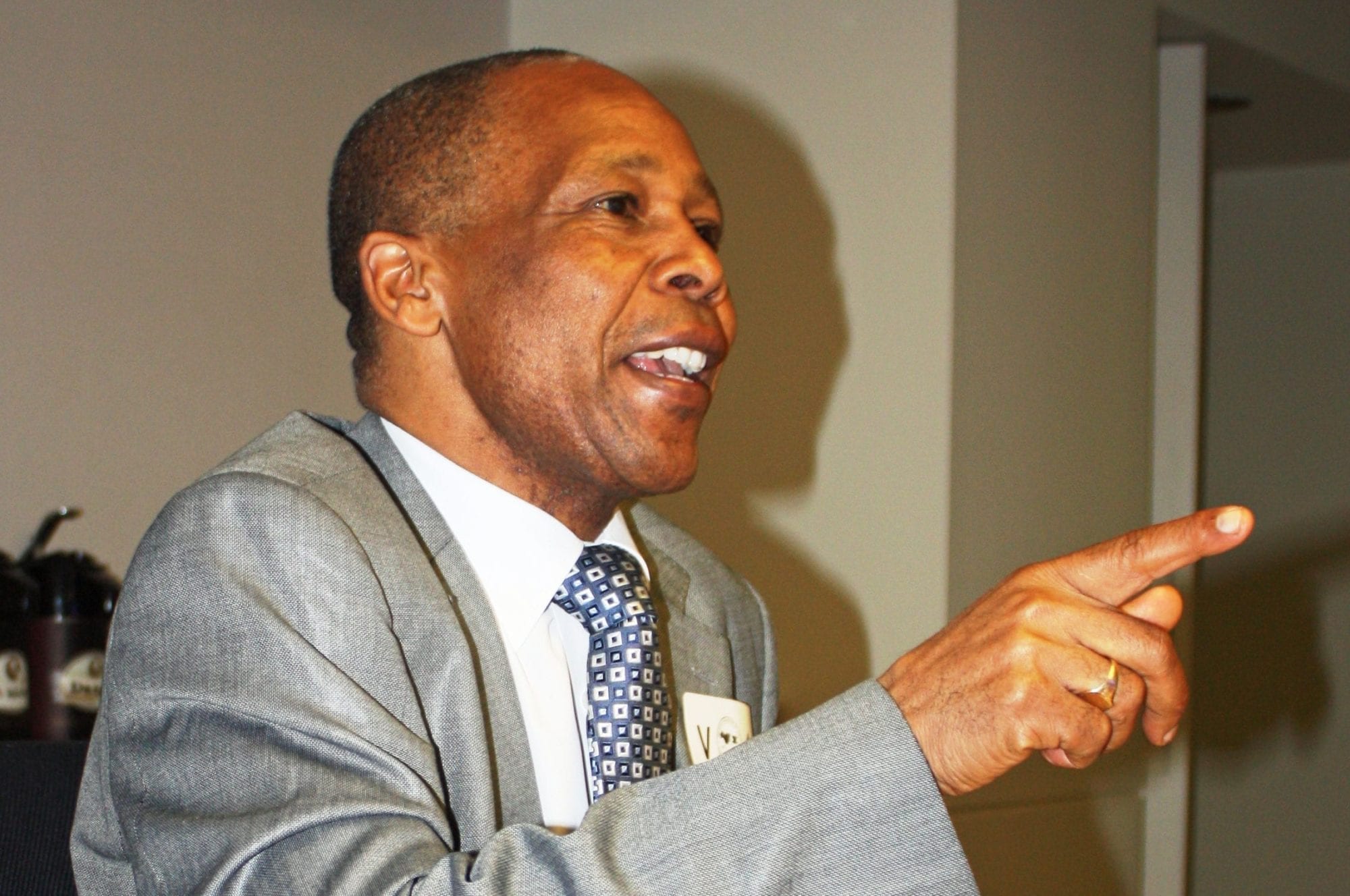 Albert Njeru, secretary general of KUDHEIHA, which is reaching out to domestic workers.

Millions of people around the world labor in the informal economy as taxi drivers, fruit sellers and in other jobs partially or fully outside government regulation and taxation. In Kenya, where the informal sector accounts for 80 percent of employment and contributes 25 percent to the nation’s gross domestic product (GDP), union outreach is helping give these workers a voice on the job.

“The informal sector is the only place where overall poverty can be alleviated,” says Albert Njeru, secretary general of the Kenya Union of Domestic, Hotel, Educational Institutions, Hospitals and Allied Workers (KUDHEIHA).

On a recent visit to Washington, D.C., and other U.S. cities, Njeru shared his union’s accomplishments in organizing domestic workers and others whose work is typically isolated, unpredictable and lacking in legal protections. Njeru says when he was elected president in 2007, seven domestic workers were members of KUDHEIHA. Today, that number is 22,000. Overall, the percentage of KUDHEIHA members in the informal sector has increased from 5 percent to 30 percent in that same time, Njeru says.

Globally, between 23 percent and 35 percent of all economic activity occurs in the informal economy. For the poorest countries, the percentage is even higher—estimates range between 29 and 57 percent. But the nature of their work makes them difficult to reach—and requires strong commitment from union leadership to succeed.

In Kenya, that process begins one worker at a time. KUDHEIHA organizers meet with kiosk sellers, cart drivers and others one by one. Later, groups of these workers come together, typically on a Sunday, to take part in meetings where the union provides education about their rights as employees. For instance, informal sector workers may not know they now are entitled to a pension, following a 2009 law requiring employers to make monthly contributions for such coverage, even if they only employ one person.

In addition to the difficulty involved in organizing informal-sector workers, another challenge is improving their working conditions. Because collective bargaining is not possible for individually employed workers, the union organizes them into cooperatives, whose leadership in turn educates local employers in how to treat workers fairly.

At the national level, KUDHEIHA presses the government for increases in health and retirement coverage and is pushing for Kenya to pass the International Labor Organization (ILO) Convention 189, Decent Work for Domestic Workers. Njeru is confident passage will happen soon.

The deepening processes of informalization and casualization of work that are changing livelihood opportunities and conditions in Africa and beyond require a strategic—and sustained—response from unions to ensure this rapidly growing workforce has the tools and support needed to attain safe workplaces with decent wages. When workers are empowered, they strengthen the nation, says Njeru.

“Workers are the people who can be able to decide the destiny of our country through their labor.”

Interview by the Solidarity Center.