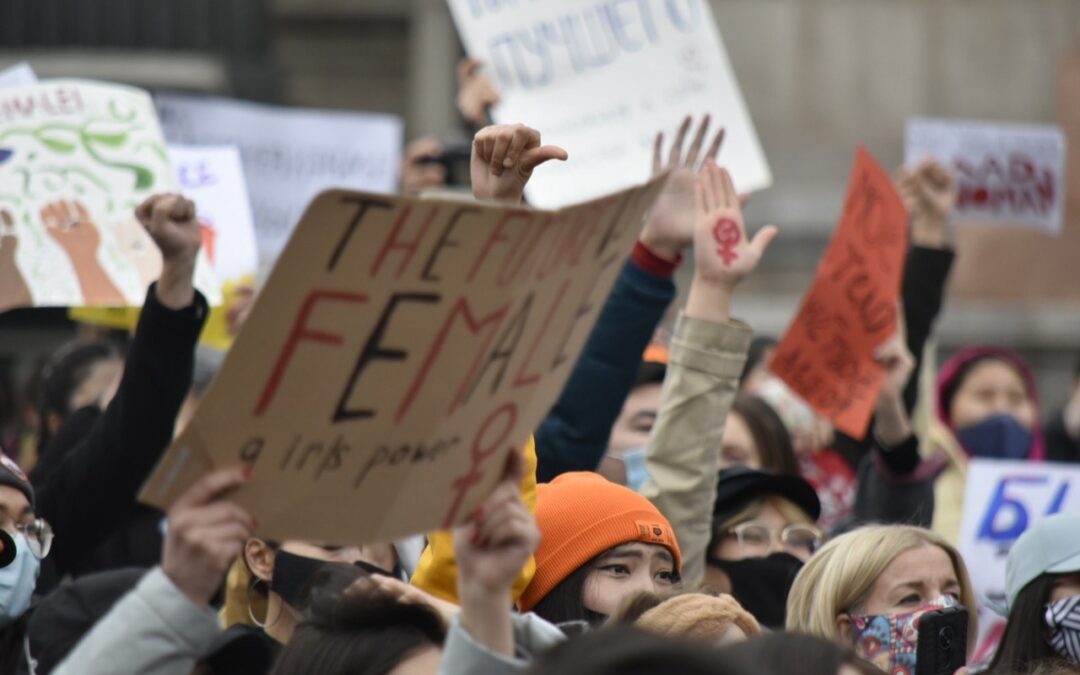 Women rally in Kazakhstan for abolition of a discriminatory 1932 list that banned women from more than 200 occupations, contributing to gender pay inequity. Credit: Dmitriy Tikhonov, KIBHR

In a win for gender and pay equity in the former Soviet region of Kazakhstan, last month the country abolished a list of jobs from which women have been legally barred since 1932. Such discriminatory lists—which force women away from higher-paid work in traditionally male-dominated sectors toward lower-paid, female-dominated occupations—are common in the region, including in Belarus, Kyrgyzstan, Russia and Uzbekistan.

“In the modern world there should not be discriminatory restrictions on access to work and all people themselves have the right to choose where and how to work,” said KIBHR Deputy Director Denis Jivaga.

The International Labor Organization (ILO) has long called on states to abolish lists of professions prohibited for women given their discriminatory impact. Women in Kazakhstan, for example, earn 32 percent less than men on average.

Kazakhstan’s list—which restricted women from more than 200 jobs on the grounds that the work was too physically demanding or dangerous—was abolished after the Kazakhstan government acknowledged to the UN Committee on the Elimination of Discrimination Against Women (CEDAW) that job prohibitions have contributed to gender-pay inequity. The UN Committee on Economic, Social and Cultural Rights (CESR) recommended that Kazakhstan consider other forms of legal protection for women to keep them safe at work rather than a total ban on access to certain professions.

“Gender and pay equity require that men and women have equal access to all types of work, and that all jobs be made safe for all workers,” says Solidarity Center Europe and Central Asia Regional Program Director Rudy Porter.