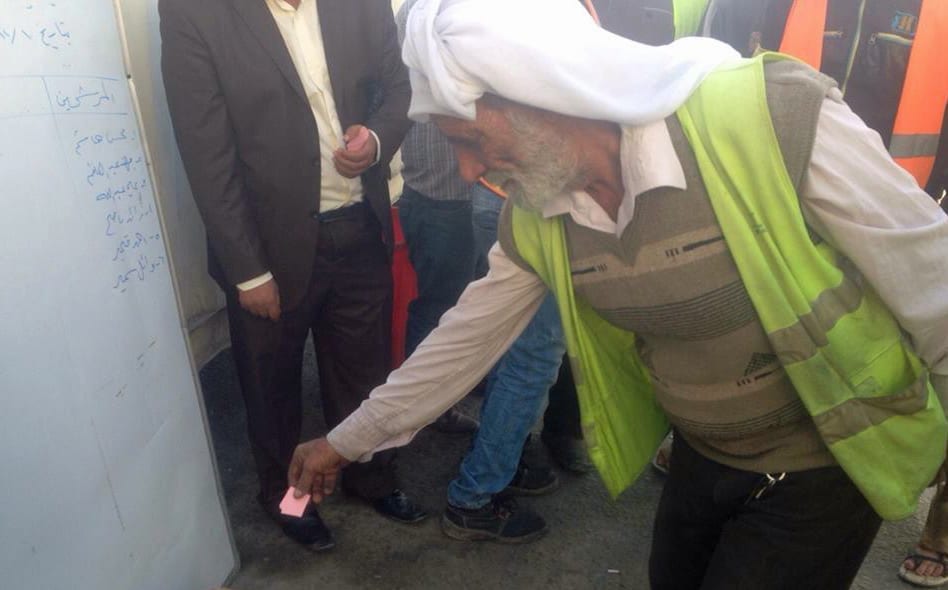 Iraqi workers cast their votes for a union committee at Gulftainer in Om Qasr. 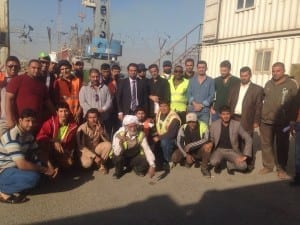