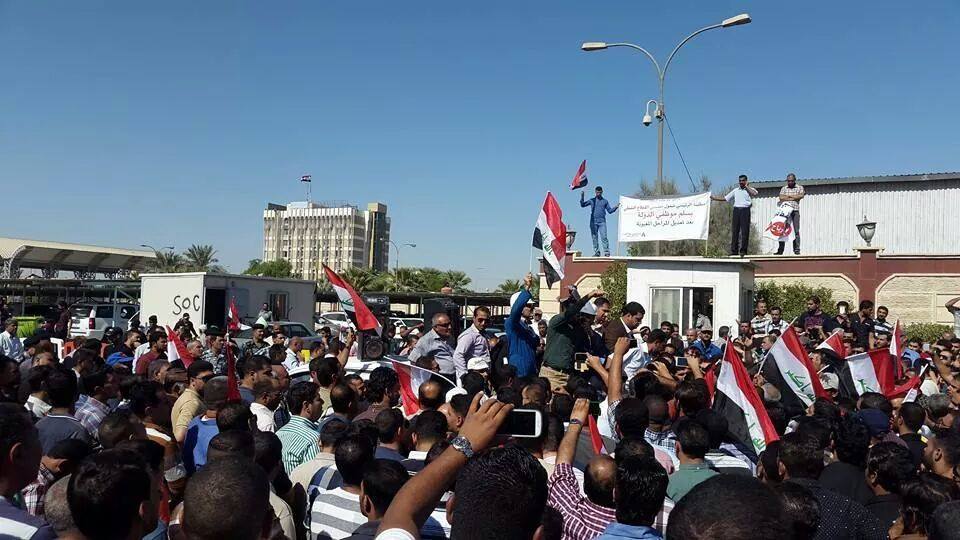 Some 2,000 oil workers in southern Iraq rallied for better wages and safety on the job.