Iraqi Cement Workers Stand up for Rights at Work 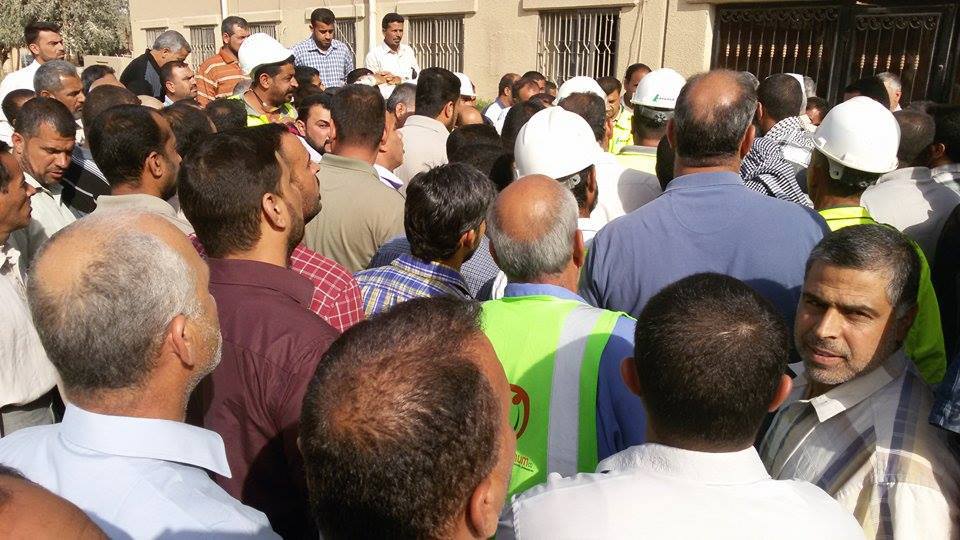 Some 350 workers at the Karbala cement plant signed a petition in April requesting representation in negotiations with management after management refused a similar request by a group of workers in February. The workers signed the petition after months of outreach by their co-workers to educate them on their rights.

Although Iraq law prohibits the workers from establishing a union because it is a public-sector factory, the plant receives International Finance Corp. (IFC) loans and IFC labor standards require respect for freedom of association. Also in April, cement workers staged a rally to urge management to meet with a committee of workers to discuss improving safety and health conditions and other key issues.

Workers at the plant, owned by Iraqi government but operated by a private company, say some have been unfairly penalized for asking for better wages and a safer work environment. One worker was transferred and another is being investigated, the workers say. The General Federation of Workers’ Unions in Iraq (GFWUI) sent a letter of support to the workers. “Your struggle is the struggle of all workers,” GFWUI wrote. (GFWUI’s letter in English and Arabic.)