In Iraq, Public-Sector Workers Stand up for Their Rights 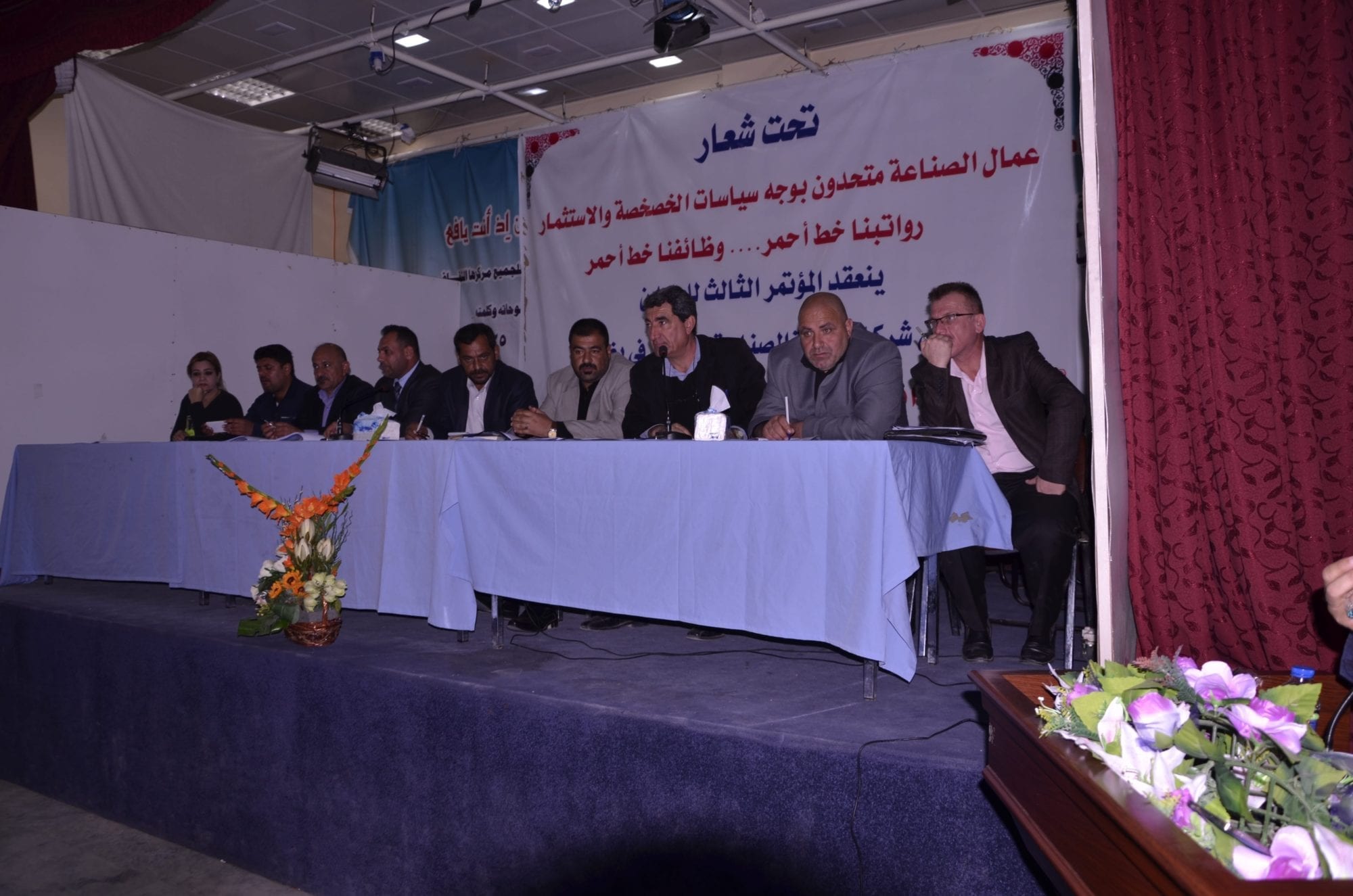 Tens of thousands of workers in self-financed companies under Iraq’s Ministry of Industry who have not been paid for months are renewing their push for a long-term solution to the crisis, and many are looking to form unions.

Last fall, Iraq workers staged a series of protests to demand their wages. In February, some received one month’s pay, but the government declined to pass a budget that includes stable funding for workers in the companies.

Seeking a long-term solution, many workers are organizing and mobilizing in Baghdad, Bablyon, Wassit, Dewanya and Basra, with some starting to form unions, even though public-sector unions are illegal in Iraq, where the labor law of the Saddam Hussein regime is still on the books.

In a letter of solidarity to Iraq workers, Solidarity Center Executive Director Shawna Bader-Blau noted that Iraq is a member state of the International Labor Organization and thus obligated to adhere to Convention 87, which ensures freedom of association. (Arabic version)

“Collective action is the most effective means workers have to fight back and win,” wrote Bader-Blau.

At a recent conference hosted by FWCUI, workers agreed to several steps to meet short- and long-term economic challenges, including mobilizing mass demonstrations across Iraq to protest the proposed restructuring of government-owned companies, in which hundreds of thousands of workers likely will lose their jobs.

Iraqi workers have won international support for their struggle. In a letter to Iraq Prime Minister Haider al-Abadi, U.S. Labor Against the War, a coalition of 165 labor organizations in the United States, urged the government to assist self-financing companies to get loans and other economic support to enable them to pay employees.

“Iraq’s social stability and economic progress require that the standard of living and economic welfare of all its people be protected and improved,” the letter said.