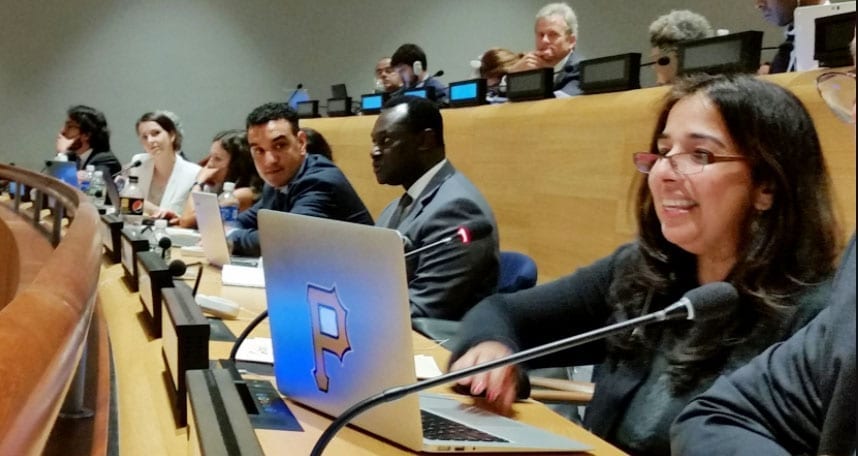 “Why does being low-wage and a migrant mean being sentenced to a lifetime of being separated from your family? It shouldn’t and doesn’t have to,” says Solidarity Center Executive Director Shawna Bader-Blau. Speaking at a United Nations meeting on migration today in New York, Bader-Blau contrasted the unchallenged right of capital to move freely across borders with the lack of rights and labor protections for migrant workers. 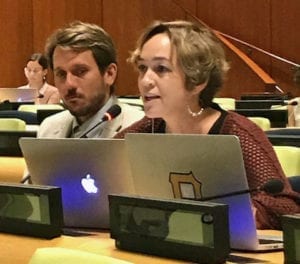 Being low-wage and a migrant should not mean being sentenced to a lifetime of being separated from your family–Solidarity Center Executive Director Shawna Bader-Blau Credit: Solidarity Center/Neha Misra

Bader-Blau addressed the Fourth Thematic Event, “Contributions of Migrants and Diaspora to all Dimensions of Sustainable Development, including Remittances and Portability of Earned Benefits.” The July 23–25 meeting is among six thematic sessions held between April 2017 and November 2017 to gather substantive input and concrete recommendations to inform the development of the UN Global Compact on Migration.

Migrant Workers Should Be Free to Bargain with Employers

Neha Misa, Solidarity Center migration and human trafficking senior specialist, also spoke at the consultation, where she asked participants to “imagine if migrant workers could fully participate in the right to organize and collectively bargain.”

Misra, who also presented on behalf of the Women in Global Migration Network (WIMN), says “women in migration are not ‘vulnerable,’ in need of ‘rescue’—they are advocates for their rights and agents of change.” Current migration policies must be changed from being about ‘protecting women’ to ‘protecting women’s rights,’ she says.

The Solidarity Center is a member of WIMN and the Global Coalition on Migration, both of which took a strong role at the session.

Misra detailed a list of recommendations for inclusion in the UN Global Compact, including embedding core labor and human rights standards. (Read her full statement and recommendations here.) 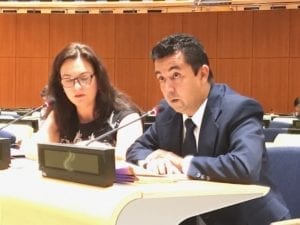 Many workers migrate for jobs because none exist in their home countries—Jonatan Monge Loría, chief coordinator of CI-Regional. Credit: Solidarity Center/Neha Misra

“Many dependent economies lack productive development policies that generate the quantity and quality of jobs that are required for decent work and livelihoods that sustain families,” says Loría. “It is no secret that poor development conditions and lack of job opportunities in origin countries are the trigger for this type of migration.”

‘Borders Are Not Exempt from Human Rights’

At the Third Thematic Event last month in Geneva, Asia Region Director Tim Ryan addressed the issue of governance of migration, saying “it is dangerous to think borders can be hermetically controlled, and borders are not exempt from human rights.

“Governments must move beyond an emphasis on temporary migration programs that restrict workers’ ability to exercise their rights—from freedom of association and voting rights to family unification—to regular migration programs that allow for visa portability, the ability to change employers, exercising political and social rights, freedom of movement, family unity and pathways to residency and citizenship in destination countries.” (Read Ryan’s full statement here.)