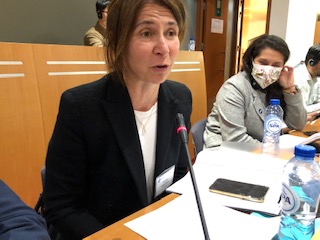 Databases of legislation, compilations of laws and successful practices that advance worker rights, trainings, and coordination with allied organizations are some of the suggestions members of the International Lawyers Assisting Workers Network (ILAW) recommended the organization pursue. 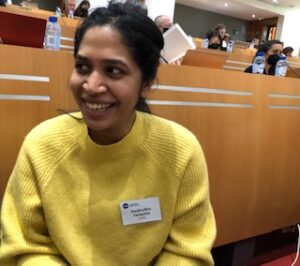 Meeting in breakout groups on the first day of the ILAW Network Global Conference, worker rights lawyers shared their work on, and requested support in, areas involving the global supply chain, informal economy work, employment discrimination, migrant worker rights, workplace safety and health and gender-based violence and harassment in the world of work.

“There is a need for more cooperation and sharing of litigation strategies and legal expert opinions across countries,” said Madhulika Tatigotla, a worker rights lawyer from India, who reported back to the afternoon plenary session on recommendations for improving worker rights in global supply chains.

She said ILAW members noted the need for a database of supply chain cases and a map of supply chains to better understand the networks. The group also proposed ILAW Network hold webinars on European Union due diligence laws and create a report on business and human rights litigation around supply chains modeled after ILAW’s 2021 report, “Taken for a Ride: Litigating the Digital Platform Model.” 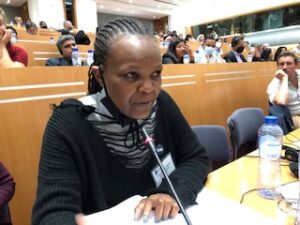 “There are many grounds for discrimination and this provoked a very rich debate,” said Viviana Osoro Prez, Solidarity Center Equality and Inclusion Department director, who shared participants’ input from the employment discrimination breakout. “We looked into how important it is to create wider alliances between different movements, and for all legal assistance to be more connected with unions and society.” The group suggested ILAW Network create a repository of clauses from collective bargaining agreements on violence and harassment at work and trainings on discrimination in the workplace.

Gender-based violence and harassment (GBVH) in the world of work also is being addressed through the International Labor Organization Convention 190, and ILAW members in the GBVH breakout discussed how they are working to incorporate its provisions in collective bargaining agreements and pushing for leave from work for those who have experienced domestic violence. Reporting back from the GBVH group, Furaha Joy Sekai Saungweme, a worker rights lawyer in Tanzania, noted a need for information sharing by countries that have ratified C190 and also on collective bargaining clauses and legal reform efforts addressing GBVH.

Teresa Marchiori who, with J.J. Rosenbaum at GLJ-ILRF, led the breakout on the informal economy, reported the need for coordination of best practices in winning rights for informal economy workers, nearly none of whom are covered by labor laws in most countries. She noted an invitation from StreetNet International, a global network of workers in the informal economy, to join them in sharing legislative initiatives. 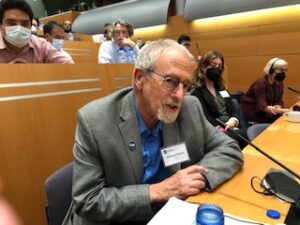 Migrant workers are 5 percent of the w­­orkforce but comprise 15 percent of workers in forced labor,” said Neha Misra, Solidarity Center Global Lead for Migration and Human Trafficking. Misra and Sarah Mehta from the Migrant Justice Institute reported back from the migrant worker breakout meeting where members suggested ILAW spearhead draft laws on labor migration and look at issues such as how best to ensure migrant workers have the same legal rights as all workers. Fundamentally, “they must have legal rights to form unions and collectively bargain to improve their working conditions,” Misra said.

Worker rights lawyers reported a wide range of health and safety issues, many occurring in new forms of work such as digital employment and telework, said worker rights attorney Michael Felsen. “One of the key takeaways is that we all want ILAW to assist in getting governments to do better law enforcement around safety and health, push goverments to protect workers through new and current legislation, research successful clauses in collective bargaining agreements on safety and health and push governments to enact and enforce safety and health legislation.