‘I Was a Garment Worker and I Know Exploitation’ 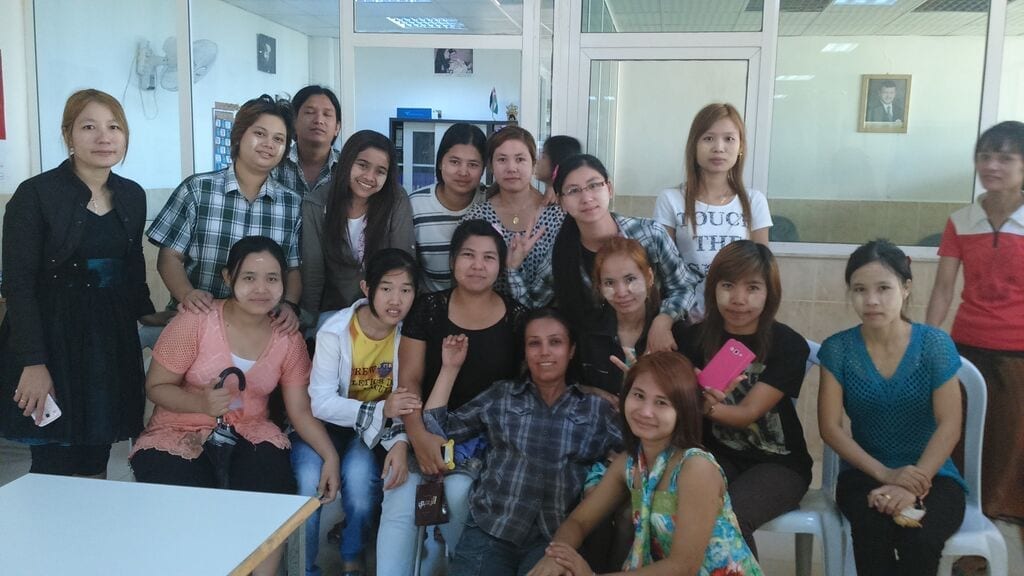 The “Made in Jordan” label is familiar to U.S. consumers shopping for shirts, jeans and other clothes. Mervat Jumhawi, a Jordanian union organizer, is actively ensuring the largely migrant workforce that cuts and sews these garments does so in safe conditions, receives fair wages and is treated with respect on the job. 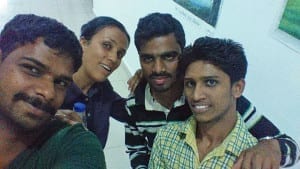 “I was a garment worker and I know what exploitation is, I knows what that means,” says Jumhawi. After working 13 years in textile factories, Jumhawi spent six years on the board of the General Trade Union of Workers in Textile, Garment and Clothing Industries, where she served until recently. The union represents all 55,000 textile workers throughout Jordan, including migrant workers who comprise 71 percent of the country’s garment factory workforce.

Garment exports, produced primarily for the United States, account for some 20 percent of the country’s gross domestic product, with factories located in the Sahab, Dulail and Ramtha industrial zones.

“In the beginning, I was not familiar with migrant worker issues,” Jumhawi says, speaking through a translator. “But after I worked with migrant workers, I was more interested in their issues because they are more marginalized and vulnerable.”

Migrant Worker Exploitation Begins in the Home Country
Exploitation of migrant workers in Jordan and other countries around the world often begins in their home countries, where they typically pay huge fees to labor brokers for a job. Indebted when they start their employment, migrant workers often endure abusive conditions to pay off their loans. Employers also may confiscate passports, effectively holding migrant workers hostage and unable to leave if they are not paid or if they experience verbal or physical abuse. Jumhawi helps raise workers’ awareness of their rights under the law and assists workers who are not receiving health care, who have been abused or otherwise need assistance making their way through the legal system. 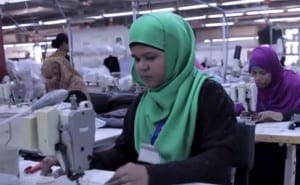 More than 70 percent of migrant textile workers in Jordan are women, primarily from Bangladesh, Sri Lanka and Myanmar. Jumhawi’s one-on-one assistance with garment workers and her dedication to improving their working conditions—she spent 40 days and nights with 1,300 striking Burmese garment workers—has generated tremendous trust among the workers.

In one instance, when Bangladesh and Sri Lankan workers went on strike in 2013, Jumhawi tried to speak with managers, but they would not let her in the factory. As she left, she looked back, and saw hundreds of workers following her. Her challenge to management gave the workers strength, she said. Seeing the workers take off with Jumhawi in the lead, managers ultimately negotiated—but not until Jumhawi had talked with each worker to hear specific grievances.

Solidarity Center Support Assists Migrant Workers
The Solidarity Center provided support over the past year for the migrant outreach project among textile workers, holding trainings on combating labor trafficking and exploitation through collective worker action. Workers were encouraged to form committees to monitor labor rights violations and refer them to the union resolution. 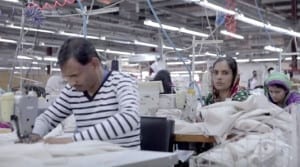 Of the 55,000 textile workers in Jordan, 71 percent are migrant workers. Credit: Solidarity Center

Over the years, the Solidarity Center also has worked closely with the garment workers union, and in May 2013, the union negotiated a contract with employers that covers all textile workers, including migrant workers. The contract set up health and safety committees, requires employer pay for transportation and food and prohibits labor recruiters in origin countries from charging fees to workers.

“Our union is keen on migrant worker issues from the moment they arrive in Jordan,” says Fathalla Al Omrani, garment workers’ union president.

Migrant workers are housed in employer-owned dormitories, which often fail to meet safety and health standards, according to Sara Khatib, a Jordan-based Solidarity Center program office for anti-trafficking initiatives. The contract requires employers follow Ministry of Health standards for living conditions, such as not overcrowding workers in a room.

“We were 10 to 12 women living in one room,” says one garment worker. “After the inspectors visit, the numbers decreased to six or seven.”

‘I Will Struggle for Migrant Workers to the End’
Supervisors yell at the workers if they don’t reach the production target and may deduct pay or even deport them, says Jumhawi. Such actions violate Jordan’s labor laws and the union contract. 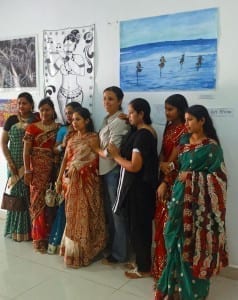 Jumhawi has been instrumental in helping workers enforce the contract and seek justice under Jordan’s labor laws. She also recently assisted with production of a video documenting migrant workers’ struggles in Jordan and the role of union strength in helping workers achieve their goals. When asked about her most important victories, she says she counts “every single and small achievement,” as a major success, “even helping a worker with a small thing.”

“Mervat is very close to the workers and they all trust her,” says Khatib, who works closely with Jumhawi. “She follows up on the workers’ cases seriously and she deeply cares about them. She’s a hard working woman and a real unionist.”

Jumhawi works 12 hour days, seven days a week, unless she is too tired or sick, she says. Sometimes the long hours and tough demands make her want to leave the job. But she changes her mind when she thinks of the workers.

“I will struggle for migrant workers to the end, and I encourage all workers, especially women, to become unionists. When I became member of the union, I became stronger.”