Honduran Workers Win Unions at 3 Plants, Get Pact at 4th 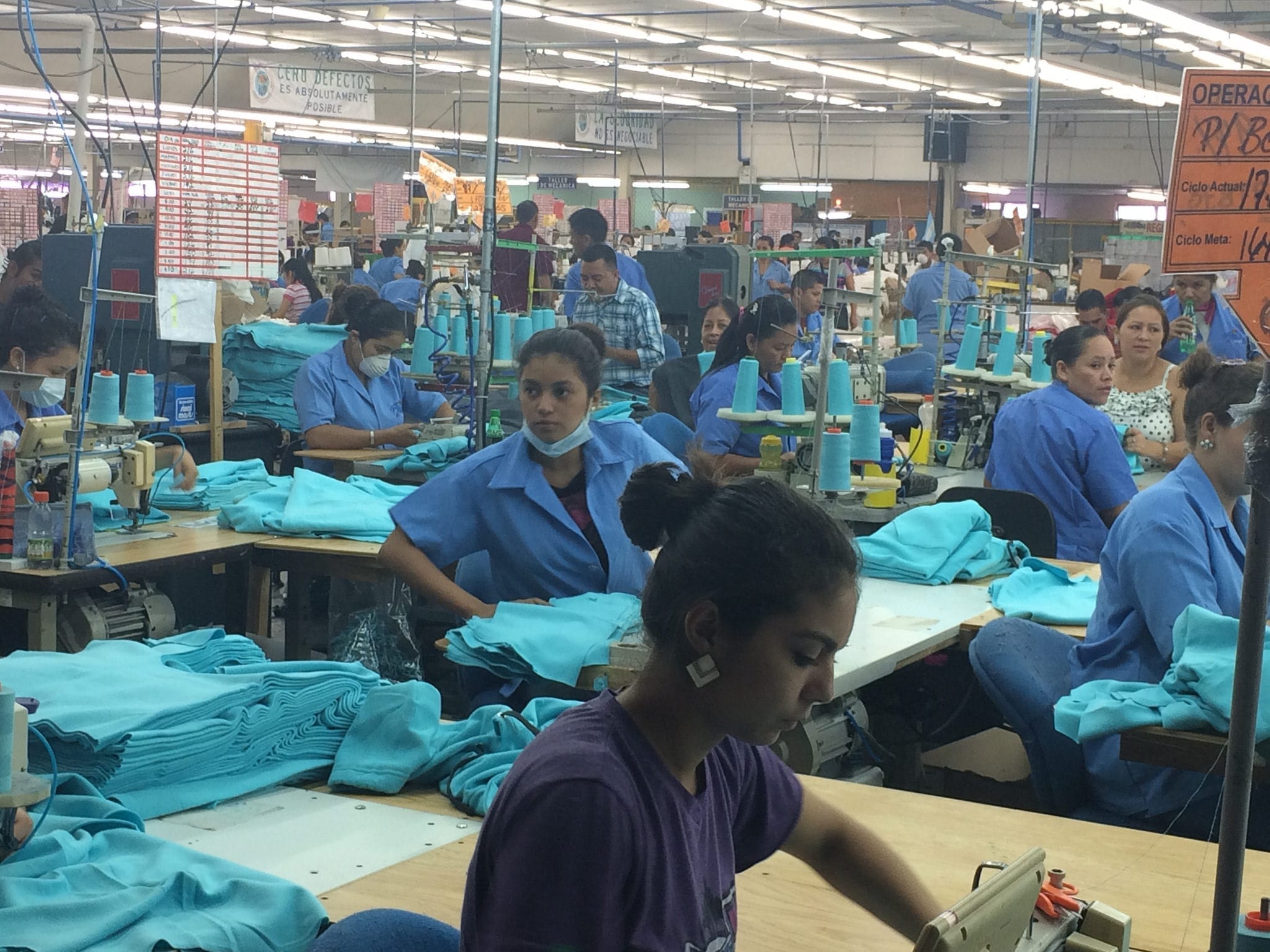 Apparel workers in Honduras formed unions at three factories in recent days with the Central General de Trabajadores Honduras (CGT) and its apparel federation FESITRATEMASH, in a huge victory for workers seeking to improve their basic livelihoods.

“With the organization of these unions we the workers now have a voice on the job and a mechanism to negotiate over the conditions of work at Gildan,” says Nahun Rodriguez, President of the SITRAGAVSA union at Gildan Villanueva.

Meanwhile, apparel workers at a Fruit of the Loom factory in Villanueva, Honduras, and their CGT-affiliated union SITRAMAVI last week negotiated a first collective bargaining agreement covering 1,200 workers. The workers cut and sew T-shirts and sweatshirts.

The union organizing  at the Gildan factories further expands the membership of CGT and FESITRATEMASH, which represent workers at four Fruit of the Loom factories, and is a significant step forward for apparel workers employed by major multinational apparel brands in the country’s export processing zones.

Honduran labor laws meant to protect workers from the health and safety risks posed by textile factory work are rarely enforced, and there is a severe shortage of factory inspectors who can investigate the working conditions of the hundreds of maquilas—many of them sweatshops.

The majority of clothing and textile workers are women who face particular challenges in the workplace, including sexual harassment, denial of maternity leave and forced pregnancy tests during the job application process. Last fall, a Solidarity Center delegation to Honduras found the level of rights violations, repression of activists and economic hardship experienced by millions of workers “overwhelming.”

The recent victories build on years of Solidarity Center training with CGT, including education on workers’ legal rights, fundamental union principles and union organizing. The Solidarity Center also has trained and mentored organizers who conduct worker outreach to further educate workers on their rights, build organizing committees and seek legal registration of unions.

In 2009, CGT represented one apparel union that was nearly disbanded when Fruit of the Loom shut down the factory to avoid bargaining with workers. As part of an internationally backed campaign, the union reached an historic agreement with Fruit of the Loom to reopen the factory, hire back the workers, provide a welfare fund for the workers  for the year they were unemployed, recognition of the union and the negotiation of a collective bargaining agreement.

From that victory, the CGT has now has organized workers at nine more factories, and negotiated collective bargaining agreements at six of them. Nine of the 10 are apparel factories and one is an automobile parts manufacturer.

The Solidarity Center also has provided CGT with legal aid to help workers obtain more than $1.7 million of back wages at three factories that closed without paying workers their wages.