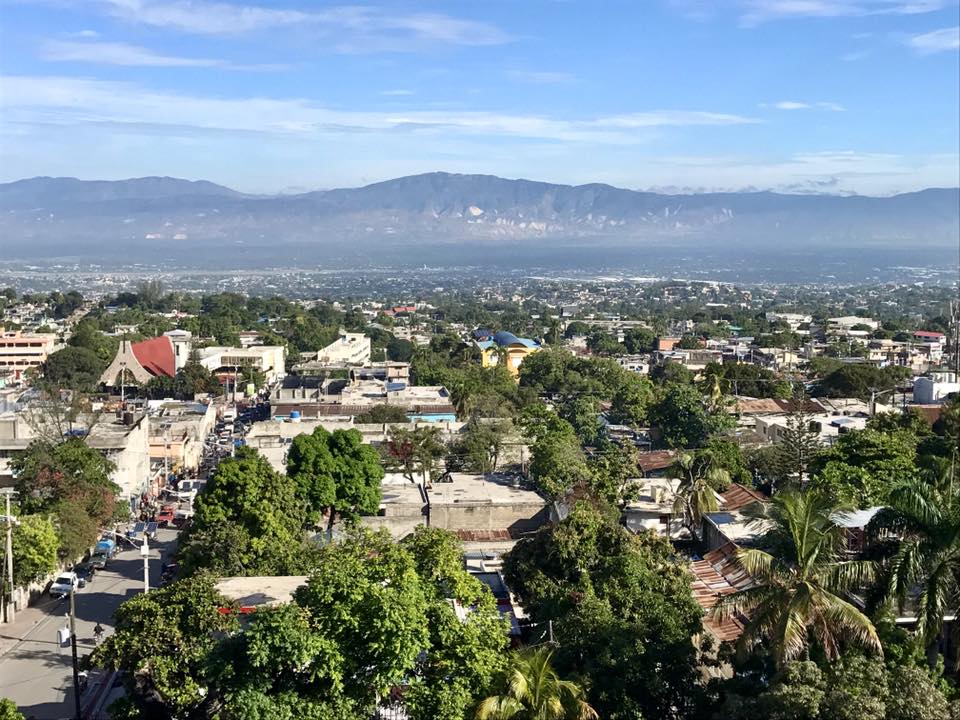 Following Haitian unions’ open letter to the prime minister demanding an increase in the minimum wage, factory workers in the nation’s capital staged a peaceful protest outside the SONAPI industrial park in Port-au-Prince on February 9 and 10.

Videos and photos posted on Twitter showed large crowds pouring into the Metropolitan Industrial Park in the Port-au-Prince community of Delmas. Demonstrators danced to music and held up tree branches, a popular symbol of uprooting or change.

The workers of Haiti strike again. Today, in Port-au-Prince. They demand living wages from greedy transnational capitalists to make the clothes we love to wear here in the States. pic.twitter.com/Z5jbplibAI

Police fired tear gas, injuring more than a dozen workers, most of them women. The industrial park—which is home to 16 manufacturers, including garment and electronic factories, and employs at least 12,000 workers—was shut down on Thursday as the demonstration continued. Central union confederations (Confederation of Haitian Workers (CTH), Confederation of Workers in the Public and Private Sectors (CTSP), National Central of Haitian Workers (CNOHA) and EntèSendikal Premye Me-Batay Ouvriye (ESPM-BO)) denounced the actions of Intervention and Law Enforcement Corps (CIMO) against peaceful protesters, calling it [English translation] “torture and other cruel, inhuman and degrading treatment.”

Workers at factories producing textiles and other goods make just $4.82 (500 gourdes) per day for eight hours of work and are demanding an increase to $15 (1,500 gourdes) per day. Three years have passed since the wage has increased. Their demands come as a sharp rise in inflation has increased the cost of basic goods and services such as transportation, health care, and education to as much as three times the current minimum wage.

In 2019, the Solidarity Center conducted a wage assessment, with Haitian workers and their unions, and found that garment worker wages then covered less than a quarter of the estimated cost of living.

Workers are continuing peaceful demonstrations until their demands are met.