The recent murder of a retired Guatemalan farmer and the violent attack against two others while holding a peaceful protest at their former employer, the San Gregorio Piedra Parada Farm, revealed a decades-long failure by the agribusiness to pay into the country’s social protection fund—shorting workers some 1.2 billion quetzals ($165,270). 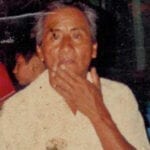 Eugenio López, 72, was murdered June 23 and two others injured when they were fired upon during a peaceful gathering of mostly senior citizens who have been unable to receive their health and pension benefits from the Guatemalan Social Security Institute (IGSS) because San Gregorio has not paid into the fund since 1998, even though it deducted workers’ contributions to the fund.

The protest was spearheaded by the United Committee of Rural Farmers (Comité de Unidad Campesina, CUC) which has been fighting for the retirement benefits of 240 retired workers at the farm, 16 miles outside Coatepeque. Union leaders say other agricultural employers also withhold payment for workers’ retirement.

No one has been charged with the murder. Few murders of Guatemalan union leaders and members are resolved. The International Labor Organization is holding hearings on the assassination of 84 trade unionists in Guatemala, most with impunity. The Guatemalan government maintains that none of the 84 union murders are related to their union activity.

Guatemala is one of the most dangerous places in the world for worker rights activists, with 51 incidents of anti-union violence documented and verified in between 2015 and 2016, and five incidents so far in 2017, according to a report  by the Worker Rights Defenders Network of Guatemala.

The network condemned the murder and its statement is supported by a range of labor rights and other human rights groups, including: the National Council of Displaced Persons of Guatemala,  the Mayan and Rural Farmer Organization, Nim Ajpu Association of Mayan Lawyers and Notaries and the Social and Popular Assembly and the Women’s Political Alliance.

The World Organization Against Torture (OMCT), the International Federation for Human Rights (FIDH) and others issued statements and sent letters to the Guatemalan government in response to the Guatemalan union network and its allies call for support and advocacy.