GLOBAL PLASTICS TREATY MUST NOT LEAVE WORKERS BEHIND 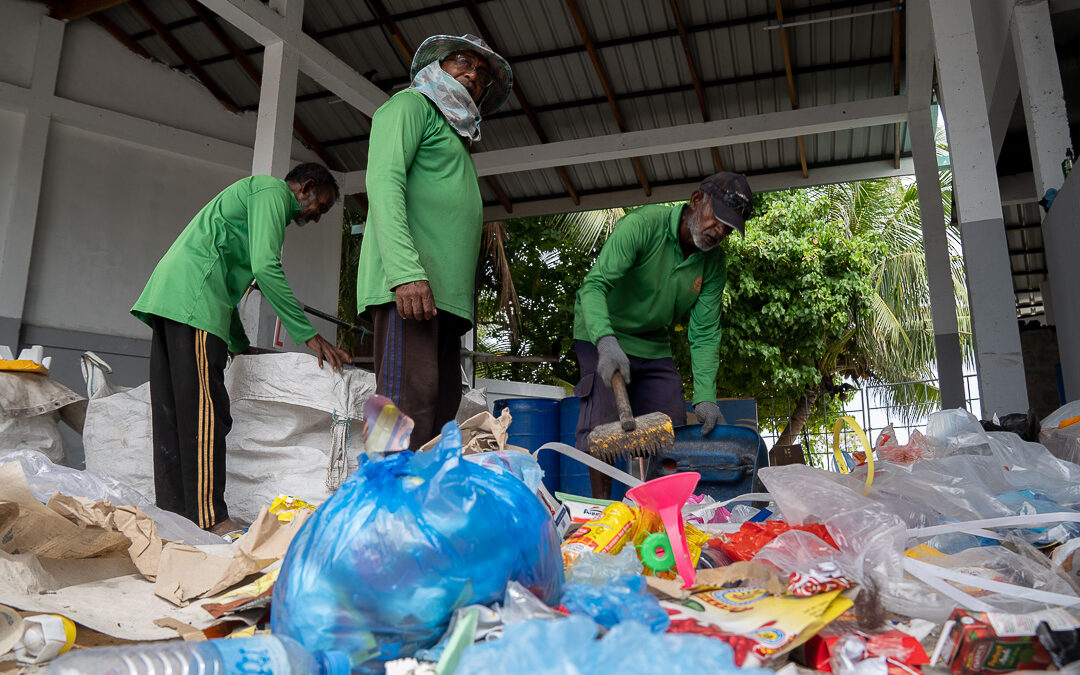 Solidarity Center
GLOBAL PLASTICS TREATY MUST NOT LEAVE WORKERS BEHIND

Workers in the informal waste and recovery sector (IWRS)—such as collectors, traders and waste pickers—help recycle almost 60 percent of the world’s plastic waste and, in some countries, provide the only form of municipal solid waste collection. This service financially supports millions of workers who are already facing social marginalization, poverty, appalling working conditions and minimal local government support. The rights of these workers, who contribute significantly to their communities and the environment, must be protected under the proposed new global plastics treaty, say worker rights advocates—including just transition policies that enable IWRS workers to upskill or shift to alternative livelihoods.

Policymakers, civil society and industry representatives met in Uruguay last week for the first of five meetings through 2024 to prepare a treaty that aims to eliminate plastics pollution by 2040—stopping the conveyor belt of what the United Nations Environment Program (UNEP) says is a garbage truck of plastic dumped into the world’s oceans every minute.

“Climate and labor justice requires that all workers impacted by climate change mitigation measures have a meaningful say in the process to ensure that a greener economy is also one that protects worker rights and advances decent work,” says Solidarity Center Climate Change and Just Transition Global Lead Sonia Mistry, who helped review a UN-Habitat global plastics treaty report, “Leaving No One Behind.” Other report reviewers included Solidarity Center allies Women in Informal Employment: Globalizing and Organizing (WIEGO) and WIEGO network partner International Alliance of Waste Pickers (IAW), which represents thousands of waste picker organizations in more than 28 countries, mostly in Africa, Asia and Latin America.

Recognition and inclusion of IWRS voices in the development of solutions to end plastics pollution are key to ensuring that such solutions align with UN Sustainable Development Goal 8 promoting labor rights, safe and secure working environments, productive employment, decent work and equal pay for work of equal value, concluded the report.

“Fairness demands that the needs of all workers and their communities be at the center of climate-responsive policies and practices, including those negotiated through a global treaty to reduce plastics pollution,” says Mistry.

Climate justice grassroots organizations and their advocates globally are demanding together that nations, governments and companies enriched by practices leading to climate degradation do not shift the costs of climate change mitigation policies to the most vulnerable, most of whom live in countries subjected to the worst forms of historical and contemporary racial and ethnic subordination.