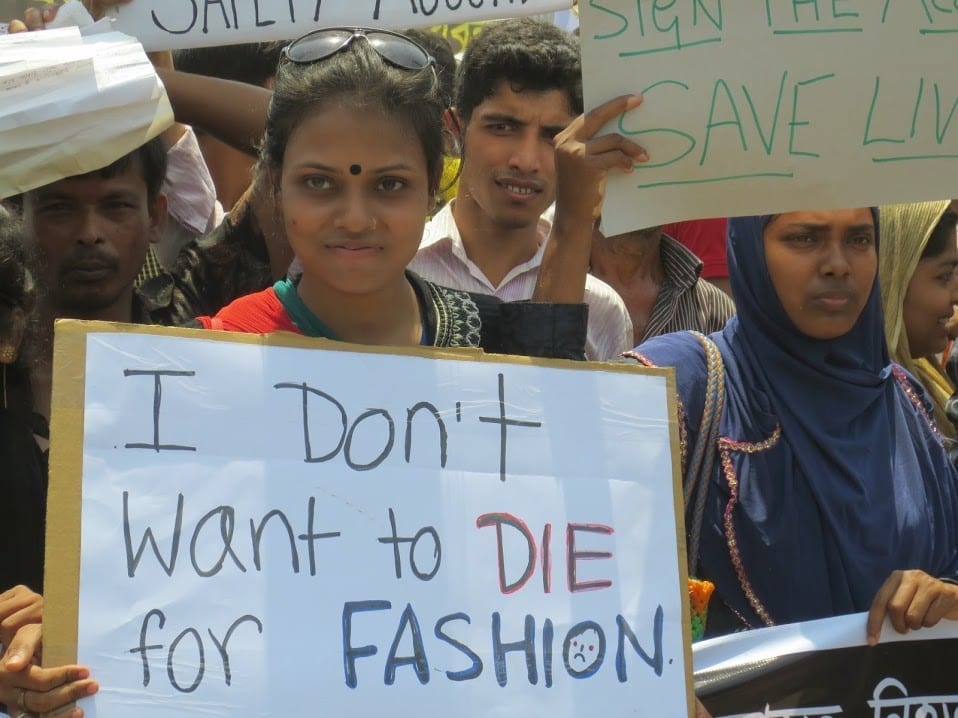 Four years after the tortured, lifeless body of Bangladesh garment worker organizer Aminul Islam was discovered in a ditch, his killers have yet to be arrested. Yesterday the Bangladesh Garment and Industrial Workers Federation (BGIWF) and Bangladesh Center for Workers Solidarity (BCWS) demanded that authorities find and bring Aminul’s killers to trial.

Aminul was a well-respected labor leader among workers at Savar- and Ashulia-area garment factories in suburban Dhaka, the capital. At the time of his death, he was a BCWS organizer and BGIWF regional president, and working to resolve a dispute between workers and managers at a nearby factory. The police filed a case accusing an agent of National Security Intelligence (NSI) with the crime, but he escaped. The BGIWF and BCWS, both Solidarity Center allies, complain that the case was filed without a proper investigation, and rules for collection of primary evidence were not followed.

At a Dhaka press conference yesterday, Babul Akter, BGIWF president, demanded that the Ministry of Home Affairs reopen the case and conduct a legitimate investigation, including DNA testing of Aminul’s clothes, to identify, arrest and prosecute the murderers.

Since Aminul’s murder, more than 1,100 Bangladeshi garment workers have been killed on the job and at least 3,600 have been injured, including workers in a factory fire at Tazreen Fashions in November 2012 and in the collapse of Rana Plaza in April 2013. Aminul sought to improve the hazardous conditions many garment workers still face, as well as to redress exploitation such as wage theft. He believed that the lack of fire safety measures and other protections for workers could most effectively be addressed by workers who freely form unions and collectively bargain to improve workplace conditions.

Balmi Chisim is based in the Solidarity Center’s office in Dhaka, Bangladesh.