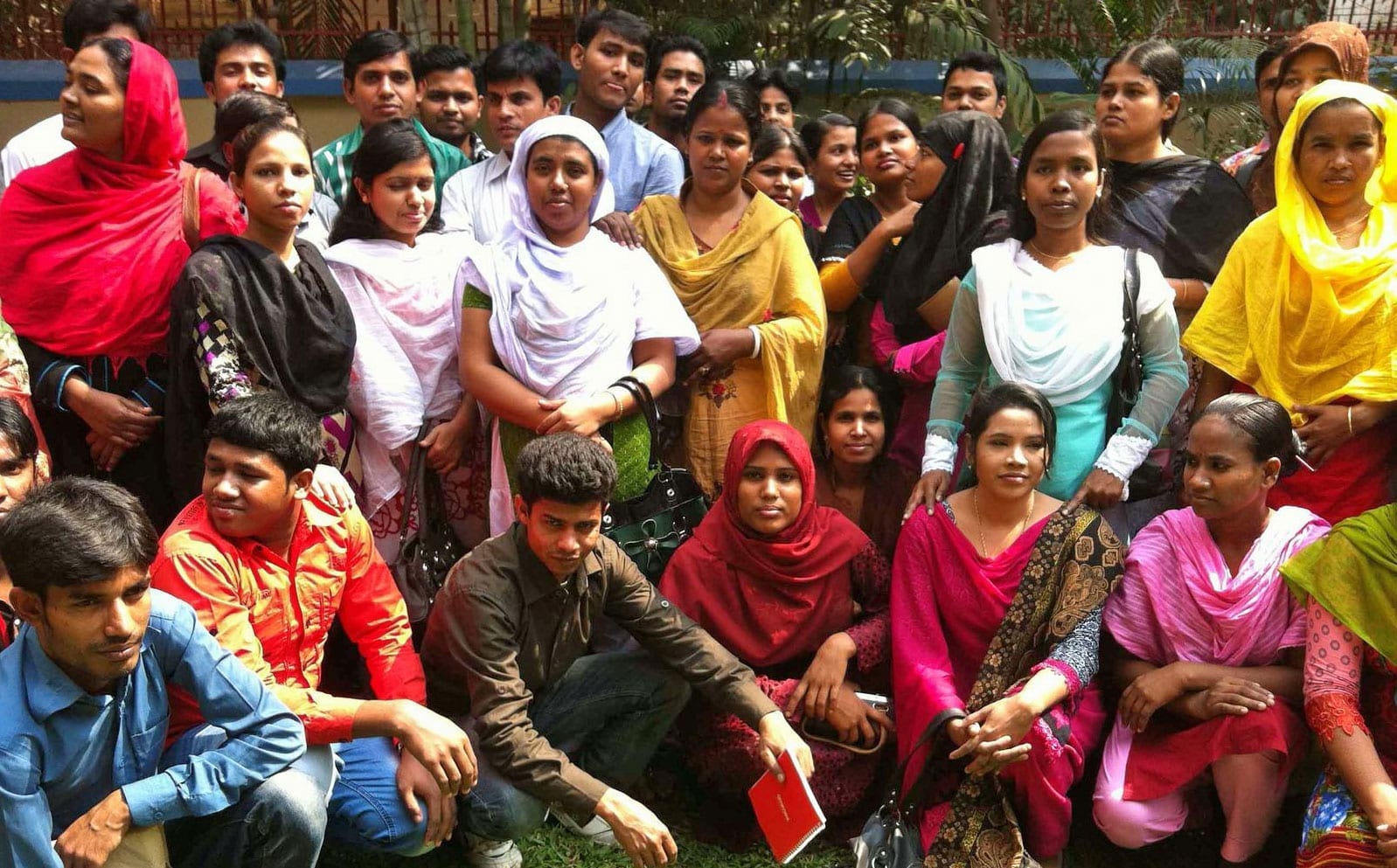 Garment worker leaders at a meeting days before four organizers were beaten while talking with factory workers. Photo: Shawna Bader-Blau

A Bangladesh garment worker leader and four union organizers, among them two women, were badly injured Saturday when about two dozen people beat, kicked and threw them to the ground as the five were speaking to workers in the dormitory where they live. One of the organizers was taken from the scene, beaten severely and dumped, unconscious, nearby. He and a female organizer remain in the hospital. The whereabouts of the garment worker are unknown.

According to several witnesses, the attack was carried out by factory managers and other men and women, some of them who worked for the factory, potentially paid to carry out the act—not an uncommon practice in the country. The women in the group were separated from the others and threatened with rape.

The organizers, all working with the Bangladesh Federation of Workers Solidarity, were supporting workers who had earlier approached the union for assistance and who had been fighting to be paid the minimum wage at their factory. The factory, which manufactures for Western brands, employs approximately 4,500 workers—many of who had staged a wage protest February 18, which was ultimately put down by police.

On Saturday, the organizers and activists from the factory floor signed up about 300 workers for a union before the attack occurred—though all the signed authorization cards were stolen during the assault.

Workers, activists and the Solidarity Center are calling for a thorough and vigorous investigation into the crime that brings the perpetrators to justice and shows that Bangladesh is unwilling to tolerate attacks on workers’ right to freedom of association.

The Solidarity Center is providing legal assistance and support for medical expenses for the injured organizers, and partners with the Bangladesh Federation of Workers Solidarity.