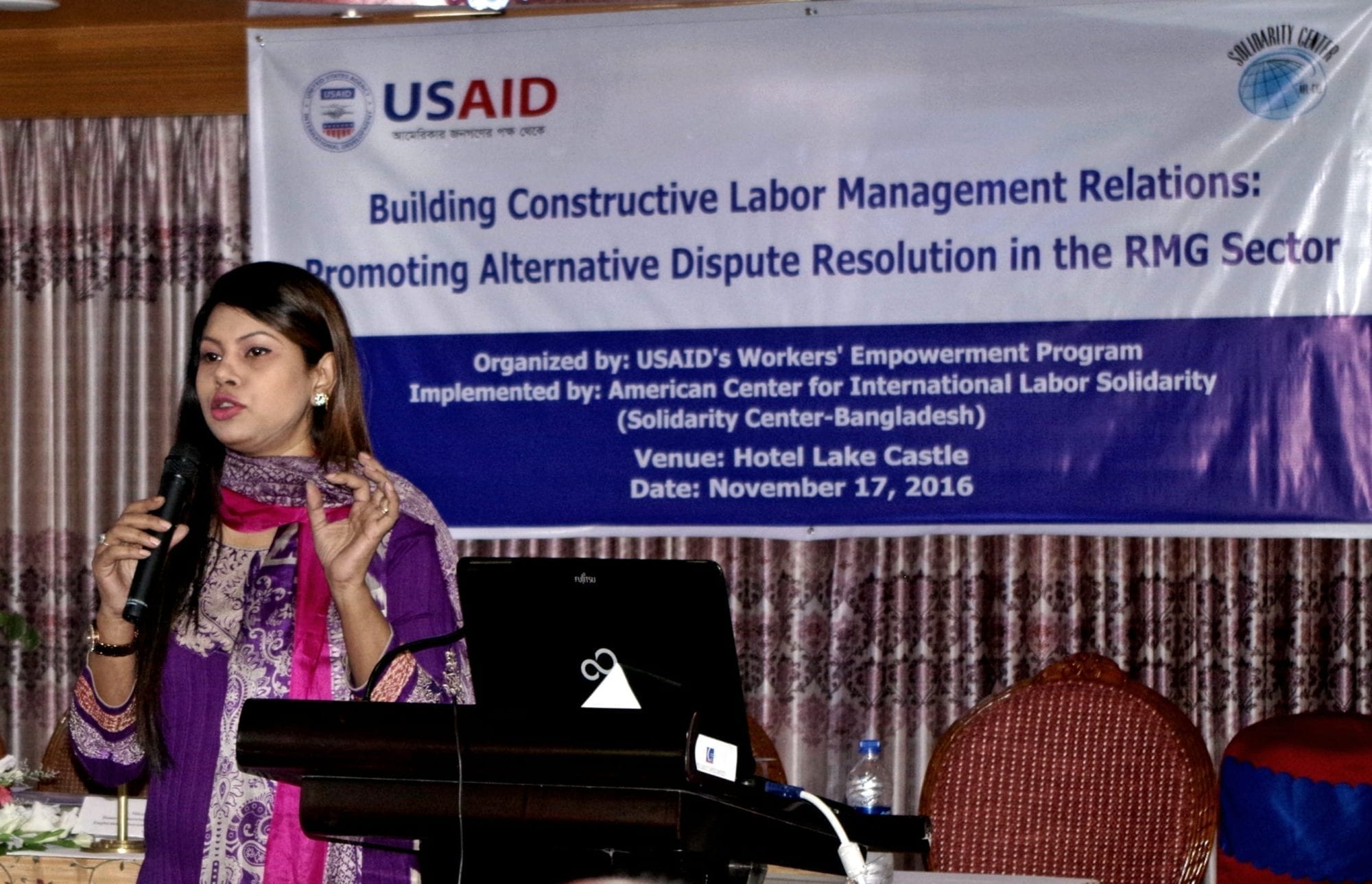 In August 2015, management of a shrimp- and fish-processing factory in Khulna, Bangladesh, suspended Phillip Ballav, a worker, on dubious charges at the facility. Ballav believed that as a long time worker he was targeted by management and that the suspension to be unjust.

As a result of an alternative dispute resolution (ADR) mechanism, Ballav was able to swiftly resolve the issue, and was reinstated at the factory within one month of his suspension. Had he chosen to pursue a case in one of the country’s seven heavily burdened labor courts, his petition could have languished for years without a response.

Ballav and other workers like him are using ADR in the shrimp industry to address grievances, improve workplaces and obtain justice. The process was negotiated by the Solidarity Center, the Bangladesh Frozen Foods Exporters Association (BFFEA) and Bangladesh Shrimp and Fish Foundation (BSFF).

More than 60 participants discussed the need for establishing a dispute resolution process in Bangladesh’s garment sector at a recent meeting in Dhaka.

Yet for the country’s much larger garment industry, millions of workers have no uniform mechanism to resolve work-related issues with their employers.

Earlier this month, the Solidarity Center brought together more than 60 representatives from civil society, government, factory owners, garment brands and media to discuss the need for ADR in Bangladesh’s garment sector to efficiently resolve labor disputes, reduce the burden on the labor courts and foster improved labor-management relations.

Experts, including the Bangladesh secretary of labor, employer associations and the International Labor Organization, presented the features and drawbacks of formal and informal disputes resolution systems for the garment industry and examined other countries’ systems. For example, labor disputes referred to ADR bodies in South Africa and Cambodia are resolved within two months.

“In the shrimp- and fish-processing industry, the establishment and good faith use of an ADR mechanism has benefited all parties in the resolution of disputes and promoted better labor-management relations,” says Solidarity Center Country Program Director Alonzo Suson. “The ready-made garment sector could benefit greatly from ADR lessons learned and best practices in the shrimp industry as well as in other countries.”