‘Everyone around Us Was Dead’ 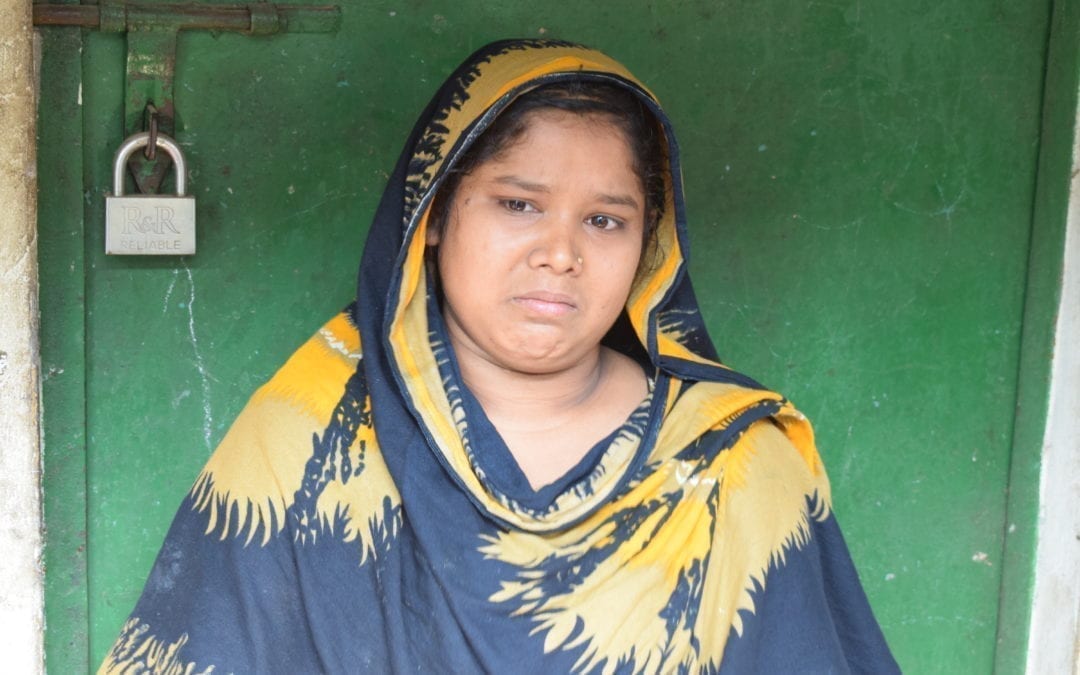 I am Ziasmin Sultana. I came to Dhaka at a very young age with my family and got married two years later in 2007. I was happy with my family even though our earnings were not much. It was in 2011 that I joined a factory in Rana Plaza hoping to provide for our growing family. I worked there for two years before the collapse.

There were about 1,000 workers on the second floor where I worked. There were no ceiling fans. The only ventilation we had was from the windows which was not enough, making it a very hot environment. I had to work overtime frequently as the basic salary was not much; going there at 8 a.m. and coming back at midnight. Moreover, we were frequently humiliated both verbally and physically. If the operators were caught talking to each other, they were made to stand on a stool at the front of the line holding their ears. This was our life.

This all changed on April 24, 2013. The previous day, we had seen cracks [in the building] form right in front of our eyes. We did not want to enter the building the next day but they announced that it was safe to enter, they had it checked with an engineer. So we reluctantly went in. At about 8:45 a.m., the electricity went out and the generator was turned on. Instantly, the building was shaking violently and we ran for our lives, fearing that danger was imminent.

Entering the stairway was nearly impossible as it became overcrowded. Just then, there was black smoke and suddenly, I found myself falling. Everything happened in an instant and it was dark everywhere. When I came to my senses, I realized that three of us have survived and everyone else around us was dead. I thought this is where my grave would be, as there was no way to escape.

After many hours, we could see a glimpse of light and we crawled towards it over the lifeless bodies of our colleagues. The rescuers found us and they came down with ropes. I did not have the strength to hold on to it, but I realized that this was not the end of me after all. They took me to a hospital to be treated and I was physically well after a few days.

Even after five years, I can still hear the cries of my colleagues who were crushed under the concrete. Sometimes I cannot sleep—I am gripped with fear that the ceiling is falling over me and I run to another room in the middle of the night. It is difficult for me to work, as I frequently become ill and tired.

Still, our lives move on. It is true that the salary has increased but the managers’ behavior has not improved. We have to keep working with our mouths sealed. But after what I have been through, I realize how lucky I have been and I hope that things will improve for my children in the future.

As told to Istiak, an intern in the Solidarity Center Bangladesh office.